Toby Keith announced he’s gearing up to hit the road for the newly announced “That’s Country Bro! Tour,” bringing the country hit-maker to stages across this US this summer and fall!

The 28-date jaunt kicks off May 26 in Forest City, Iowa, where Keith is slotted to hit the stage as part of the Tree Town Country Music Festival. The tour will travel coast-to-coast from there, hitting cities including Del Mar, Atlantic City, Columbus, and Memphis, before wrapping up with a final performance in Laughlin, Nevada on November 9.

The upcoming run of shows includes several appearances at country festivals or county fairs, a handful of which have been previously announced.

The “That’s Country Bro! Tour” takes its name from the title of Keith’s highly anticipated upcoming single, set to drop early next month. The track marks Keith’s first release since “Don’t Let the Old Man In,” an original ballad written for Clint Eastwood’s The Mule in 2018. No word yet on whether or not fans can expect a new album from the country star, who hasn’t released an album since 2015’s 35 MPH Town.

More dates are rumored to be added to the lineup soon, check back here for all the updates!

Where is Toby Keith playing near me?

Who Is Toby Keith?

Country superstar Toby Keith stepped onto the scene in the early 1990s, releasing his self-titled debut album in 1993. The album housed several chart-topping singles, including the number one hit “Should’ve Been a Cowboy,” which topped the country charts and became the most-played country song of the 1990s. Keith continued to achieve chart success with subsequent releases over the course of the next few years, however, his commercial breakthrough wouldn’t come until late 1999 with the release of his smash hit single “How Do You Like Me Now?!” which became the number one country song of 2000. He would go on to release albums Pull My Chain (2001), Unleashed (2002), and Shock’n Y’all (2003), all of which produced three number one hits each, and all of which earned 4x platinum certifications. Keith has released a total of 19 studio albums over the course of his career, as well as two Christmas albums and five compilations. He has achieved a worldwide sales total of over 40 million albums and charted 61 singles on the Billboard Hot Country Songs charts, placing him among the ranks with some of the most succesful country musicians of all time. 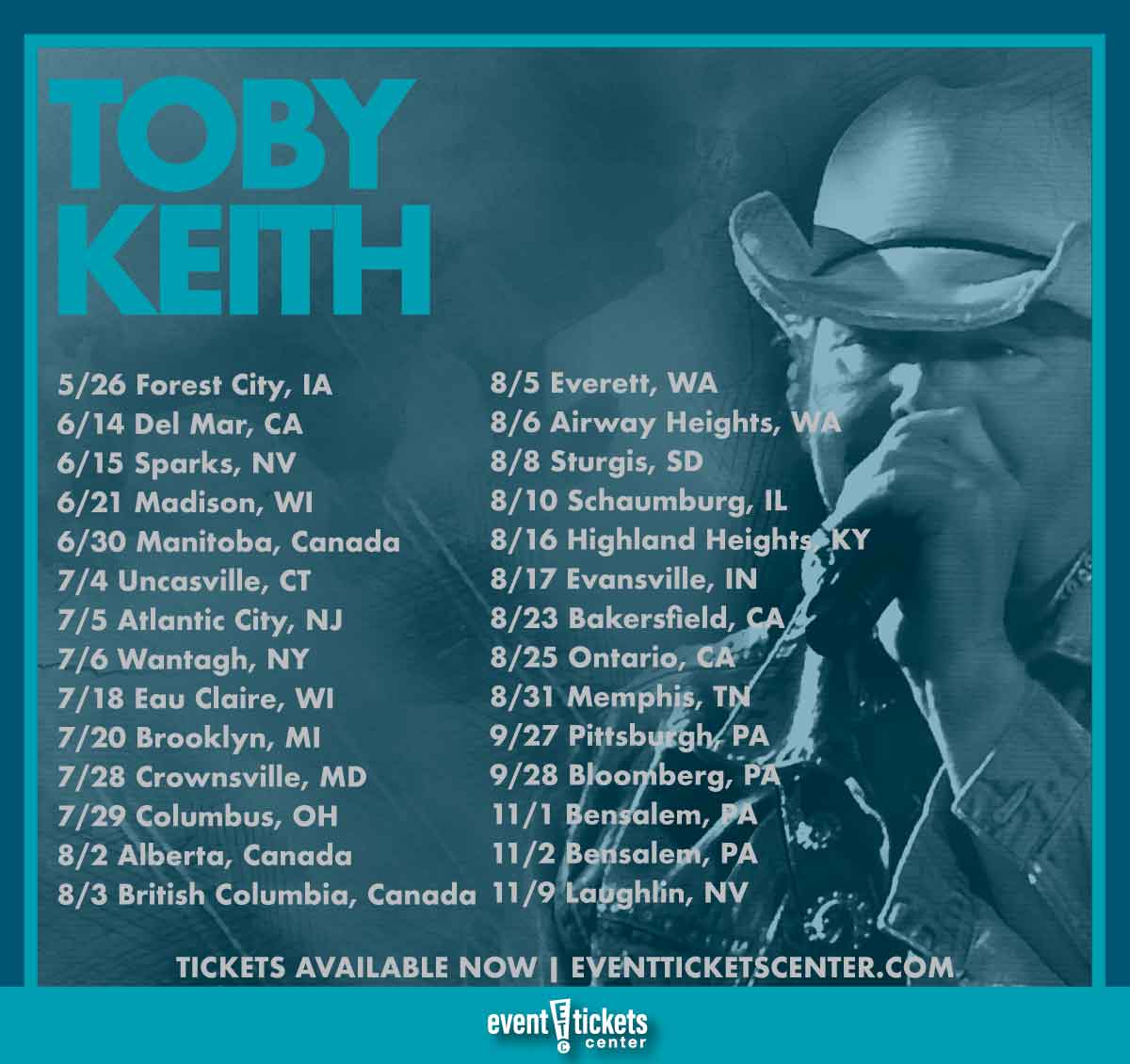