Shinedown has tacked on several more dates to their “Attention Attention Tour,” bringing the alt-metal rockers back to stages across the US in early 2019!

Following an initial run of US dates and several weeks across the pond in Europe, Shinedown will return stateside to begin their 18-date trek in February. The guys will kick things off with a show in Estero, FL on February 20, going on to make stops in cities including Knoxville, Baltimore, Milwaukee, Minneapolis, and St. Louis. A final show in Loveland, CO will wrap things up on March 20.

With initial dates already under way, the “Attention Attention Tour” is set to cover a total of 52 cities across the globe. The run of shows was named for their multi-platinum sixth studio album, which came out in May.

Shinedown will be joined on the road by supporting acts and fellow hard rock/alt metal bands Papa Roach and Asking Alexandria.

Shinedown was formed in 2001 by front man Brent Smith following the dissolution of his previous band. Still signed to a record label, Smith recruited musicians to join him and the group got to work recording their debut album, Leave a Whisper in 2003. Although not an immediate success, Leave a Whisper would go on to earn a platinum certification two years later, planked by the success of hit singles “Fly from the Inside” their cover of Lynyrd Skynyrd’s “Simple Man” and “Burning Bright.” The album’s success was followed by more of the same, with the group going on to release a total of five more studio albums including Us and Them (2005), The Sound of Madness (2008), Top Ten albums Amaryllis (2012) and Threat to Survival (2015), and their latest, Attention Attention (2018). With nearly two decades in the spotlight under their belt, Shinedown has sold more than ten million records around the globe. They have had 12 number one singles on the Billboard Mainstream Rock charts, the third-most of all time behind Van Halen and Three Days Grace. The band has polished their sound over the years, moving from their post-grunge debut to a style that incorporates elements of several genres including pop-friendly hooks. 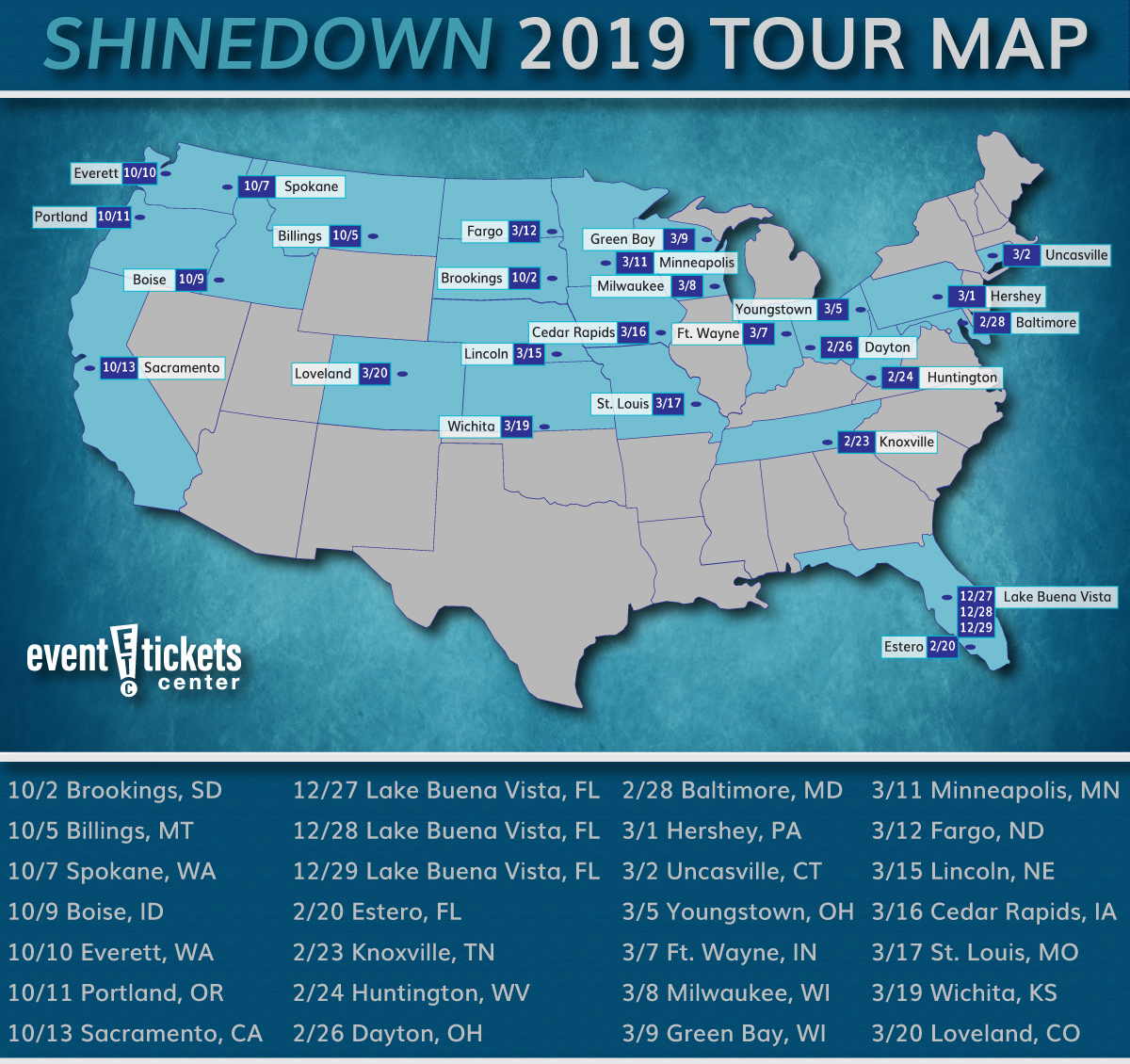 Where is Shinedown playing near me?