It’s official! My Chemical Romance revealed dates for their first North American trek in nine years, coming to a stage near you this fall.

The 18-date tour kicks off September 9 in Detroit, MI, and will travel to cities nationwide including Boston, Atlanta, Houston, and Denver before wrapping up with a final performance in Las Vegas on October 11.

MCR announced the long-awaited tour with a short film titled “A Summoning…” featuring music from band members Ray Toro and James Muhoberac. The clip follows a young boy with an interest in the paranormal trying to outrun a group of masked figures. Many of the scenes seemingly refer to different eras in the band’s history.

My Chemical Romance split back in 2013, breaking their silence last fall and announcing plans to reunite. They returned to the stage with a sold-out show in LA in December and have since announced a string on international concerts this spring and summer.

Where are My Chemical Romance playing near me?

Who are My Chemical Romance?

My Chemical Romance made their mainstream breakthrough in 2004, releasing their smash-hit second full-length album, Three Cheers for Sweet Revenge. The album became a commercial success on the strength of mega hit singles like “I’m Not Okay (I Promise),” “Helena,” and “The Ghost of You,” going on to receive a platinum certification from the RIAA within less than a year of its released. The Black Parade arrived two years later, bringing with it continued success for the band and earning a double platinum certification. MCR would release one final studio album in 2010 before parting ways, announcing their split in 2013. They announced plans to reunite in October 2019. 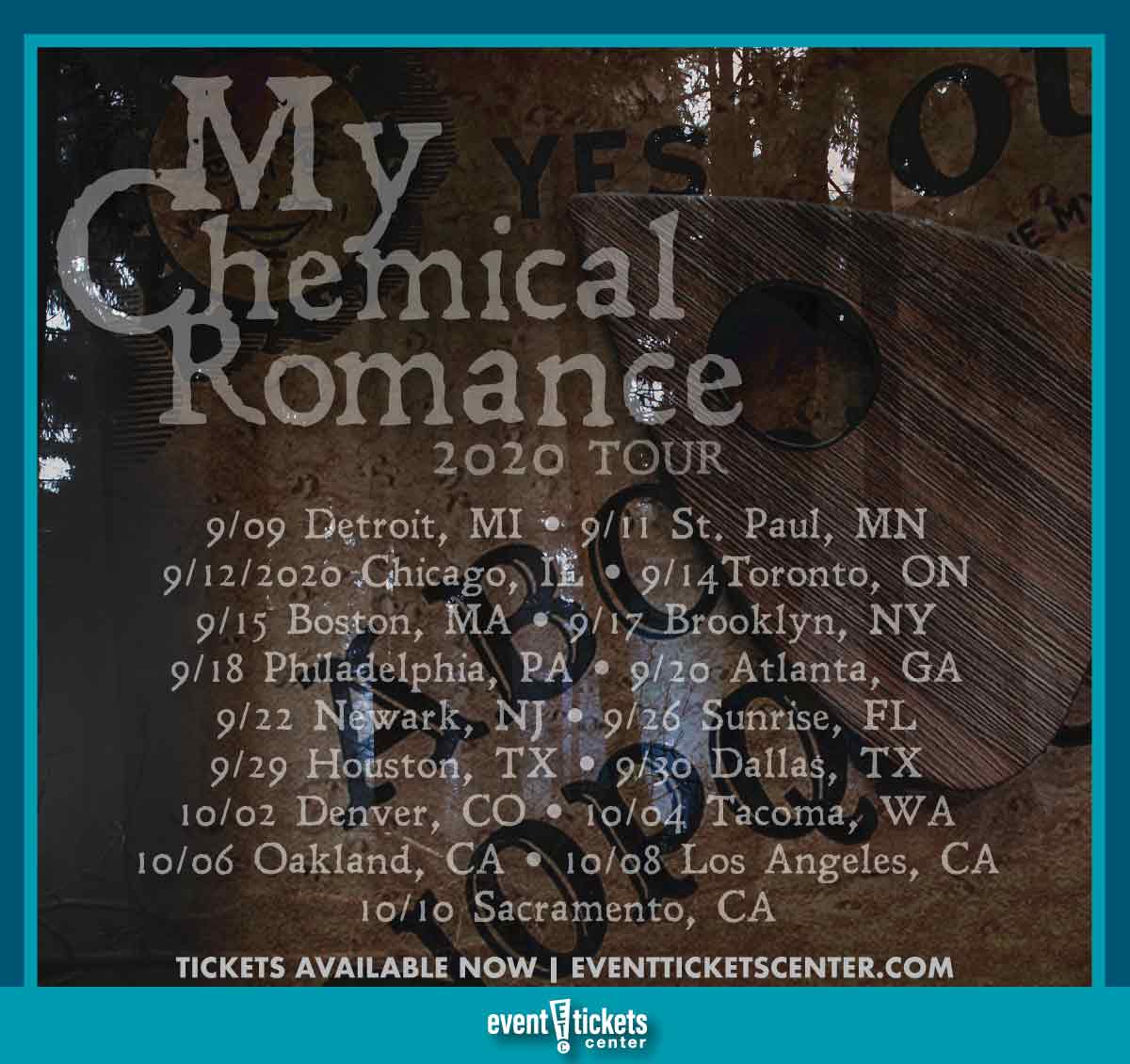