Leon Bridges has added some extra dates to his “Good Thing Tour,” carrying the sold-out run into 2019 and bringing the soul singer to more US cities next spring!

The 15-date second leg of the “Good Thing Tour” kicks off April 10 in Charlottesville, VA and will hit cities Bridges may have missed during his first time around. Stops include Asheville, Orlando, Memphis, and Houston, closing out with a final show in Cleveland, OH on May 5.

The 2018 run of shows has included multiple sell-outs in venues like The Greek Theatre in Los Angeles and New York City’s famed Radio City Music Hall. The tour has been in support of his 2018 sophomore album Good Thing, which marked a change in Bridges’ musical direction and debuted at the number three spot on the US Billboard 200.

“I wanted to break away from the retro soul label,” he shared in an interview, discussing what inspired the more adventurous route of Good Thing in comparison to his debut album Coming Home (2015).

“This is an album I’ve always wanted to make; I wanted blood on the mics—to go all in and not just settle for what’s comfortable. After Coming Home, I felt that people wanted me to fill the role of the next Otis Redding or Sam Cooke. But that doesn’t totally define me as an artist.”

Who Is Leon Bridges?

R&B, funk, and soul singer Leon Bridges first stepped onto the scene in 2015 with the release of his groundbreaking debut album, Coming Home. The album became an instant, top five success and put Bridges on the map with many comparing the rising star to music legends like Sam Cooke and Otis Redding. His 1950s/1960s inspired tracks garnered a vast audience and earned the singer his first Grammy Award nomination for Best R&B Album that year. His second album, Good Thing, dropped in 2017 and, despite a marked change in musical direction, kept his name at the top of the charts. Since first emerging three years ago, Bridges has earned two Top Ten albums and tallied six hits on the Adult Alternative Songs airplay chart, including number one singles “Bad Bad News” and Smooth Sailin’.” With an impressive (albeit short) track record behind him and an undeniably bright future ahead, Bridges is, in his own words, “just gettin’ started,” and we can’t wait to see what he’ll do next. 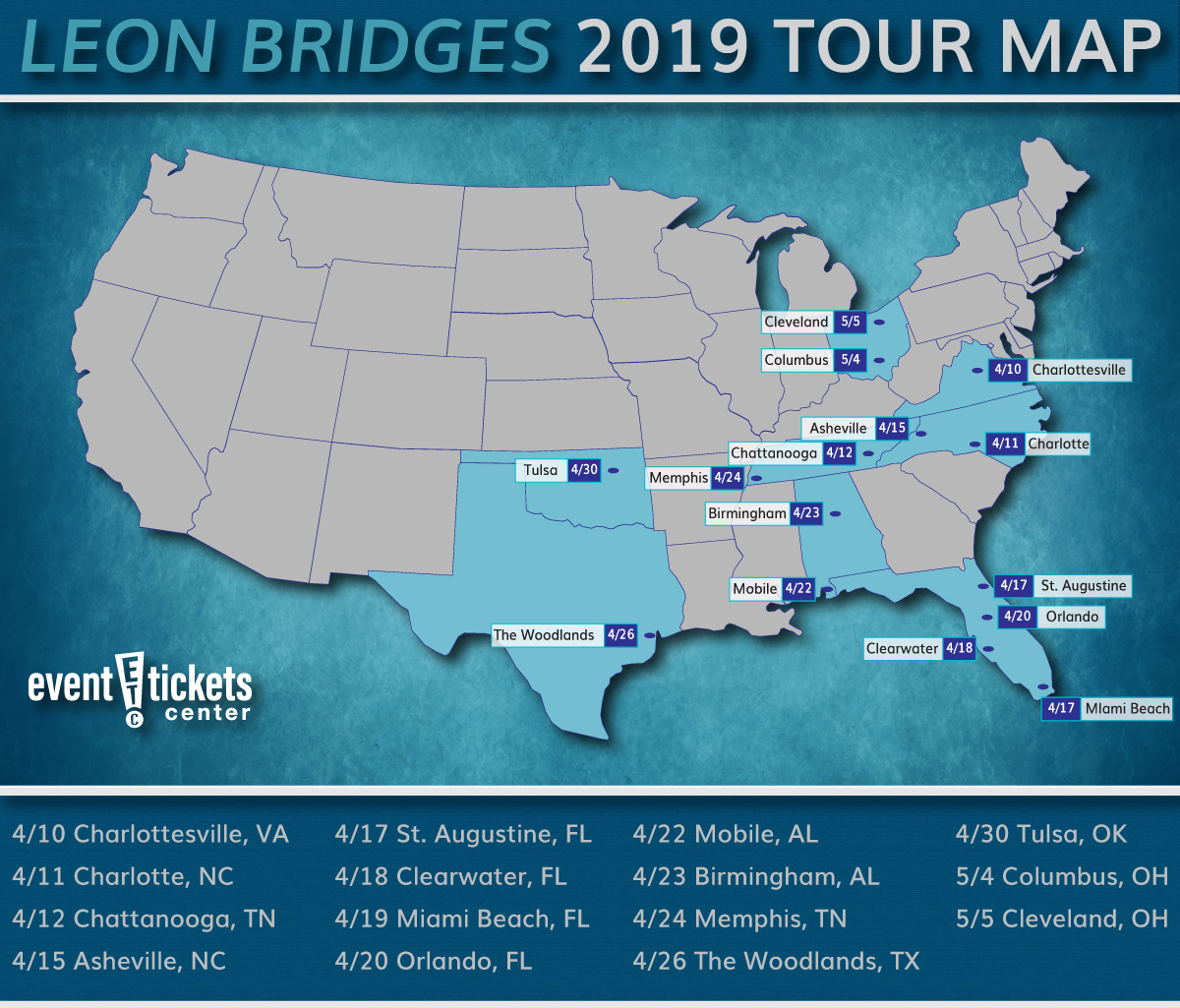 Where is Leon Bridges playing near me?