Justin Moore and Tracy Lawrence Team Up for Joint Tour

Country stars Justin Moore and Tracy Lawrence are hitting the road together for the all-new “Late Nights and Longnecks” tour!

The joint run kicks off January 16 with a show in Dodge City, KS and will set out to hit a slew of cities including Baton Rouge, Indianapolis, Kansas City, and Champaign. A final performance in Green Bay, WI will wrap things up on April 11.

The “Late Nights and Longnecks” tour will follow individual tours from each of the artists and will be in support of Moore’s fifth studio album of the same name.

Where are Justin Moore and Tracy Lawrence playing near me?

*Tracy Lawrence not on these dates

Who are Justin Moore and Tracy Lawrence?

Justin Moore stepped into the spotlight in 2008, making waves with his traditional country sound and early hit single “Back That Thing Up.” Moore’s self-titled debut album followed in 2009, debuting at number three on the Top Country Albums chart. He would go on to release four additional full-length albums, including Outlaws Like Me (2011), Off the Beaten Path (2013), Kinda Don’t Care (2016), and Late Nights and Longnecks (2019). Moore has charted a total of eleven times on the Billboard Hot Country Songs and Country Airplay charts, including number one singles “Small Town USA,” “If Heaven Wasn’t So Far Away,” “Til My Last Day,” “Lettin’ the Night Roll,” “You Look Like I Need a Drink,” and “Somebody Else Will.”

Tracy Lawrence began performing at 15 years old, moving to Nashville in 1990 to pursue a career as a country star. His debut album Sticks and Stones would drop the following year, hitting the number ten spot on the Billboard Top Country Albums chart and spawning the number one single “Today’s Lonely Fool.” Lawrence would go on to release a total of 14 studio albums over the course of his long and successful career, including the commercially popular Alibis (1993) and Time Marches On (1996), both of which earned double-platinum certifications from the RIAA. He has charted over 40 singles on the Billboard Hot Country Songs charts, including eight number one hits. Lawrence is known for his neotraditional country and honky-tonk sound, though he has also recorded country pop, Christian country music, and Christian music over the years. 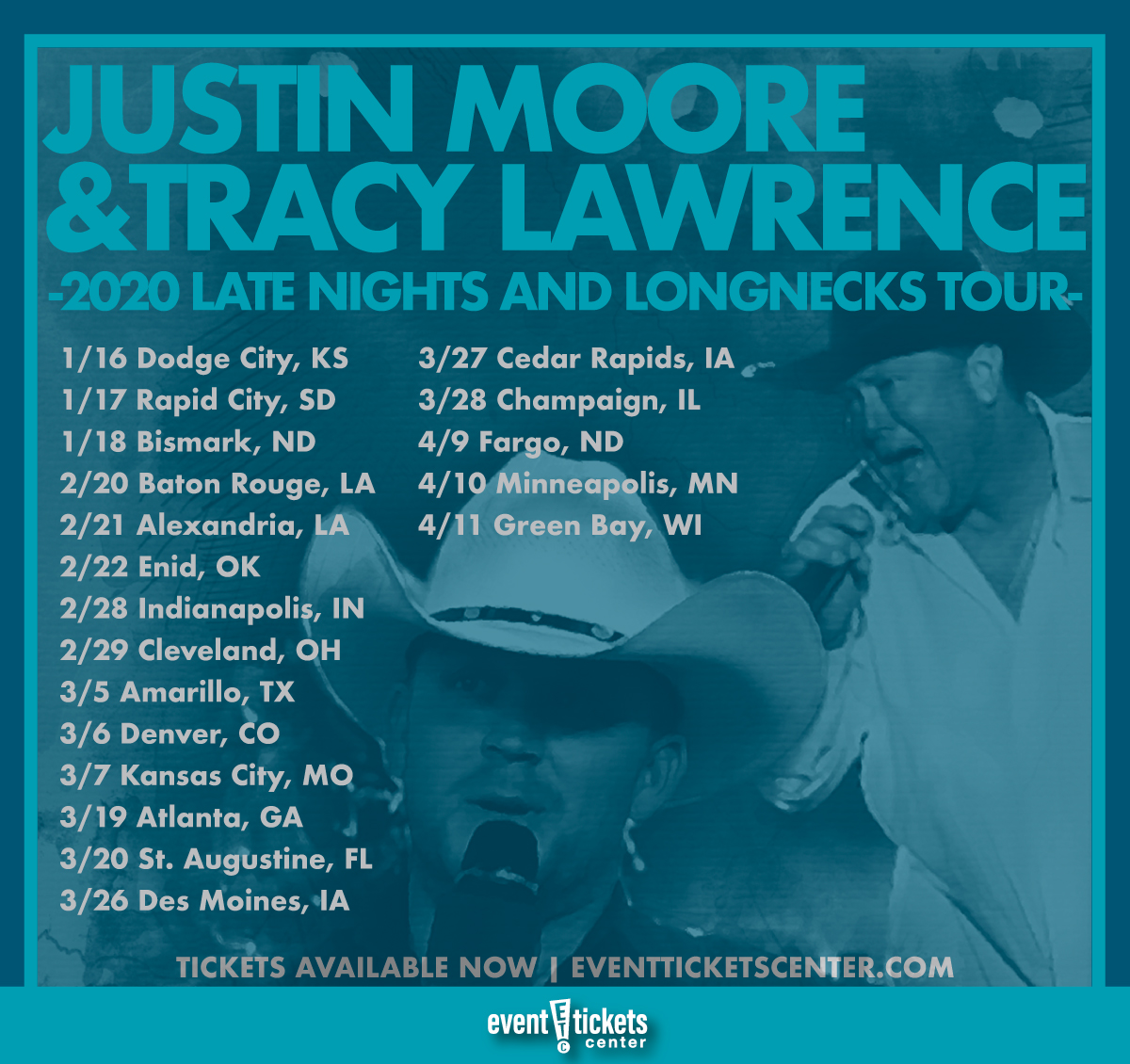