Jeff Lynne's Electric Light Orchestra just announced an all-new headlining tour set to bring the Rock and Roll Hall of Famers to cities across the US next summer!

The 20-date run kicks off June 20 in Anaheim, CA before taking the rockers to a handful of cites in the US and Canada. Stops include Tacoma, Nashville, Tampa, Washington DC, Detroit, and Chicago. A final performance at Pittsburgh's PPG Paints Arena will bring the curtain down on August 1.

News of the upcoming tour comes on the heels of the group’s first extensive North American tour in 35 years this past summer. As fans will notice, the run of shows isn’t being billed as flat-out Electric Light Orchestra, perhaps to avoid confusion over the different incarnations of ELO following their disbanding in 1986.

Jeff Lynne’s ELO will see Lynne and longtime ELO keyboardist Richard Tandy hit the stage to play all the tunes from the group’s radio-hit heyday. The tour marks an exceedingly rare opportunity to see one of classic rock’s most prominent studio wizards and hitmakers in the flesh.

Who is Jeff Lynne’s ELO?

Formed in Birmingham, UK in 1970 by songwriters/multi-instrumentalists Jeff Lynne, Roy Wood, and Bev Bevan, the Electric Light Orchestra rose to fame with their unique blend of Beatlesque pop, classical arrangements, and futuristic iconography. The group was formed as an offshoot of Wood’s previous band The Move, serving as a vehicle for his and Lynne’s desire to create modern rock and pop tunes with classical overtones. Following Woods’ departure in 1972, Lynne became the group’s leader taking on everything from arrangements, producing every album, and writing virtually all their original material.

From the 1970s to the 1980s, ELO released a string of 10 albums and singles, including two albums that reached the top of the British charts (1979’s Discovery and 1981’s Time). In 1986, Lynne decided to disband the group. With the exception of side projects (Bevan’s ELO Part II which later became the Orchestra) and a short-lived reunion in 2000-2001, ELO remained largely inactive until 2014 when Lynne reformed the group along with keyboardist Richard Tandy as Jeff Lynne’s ELO. 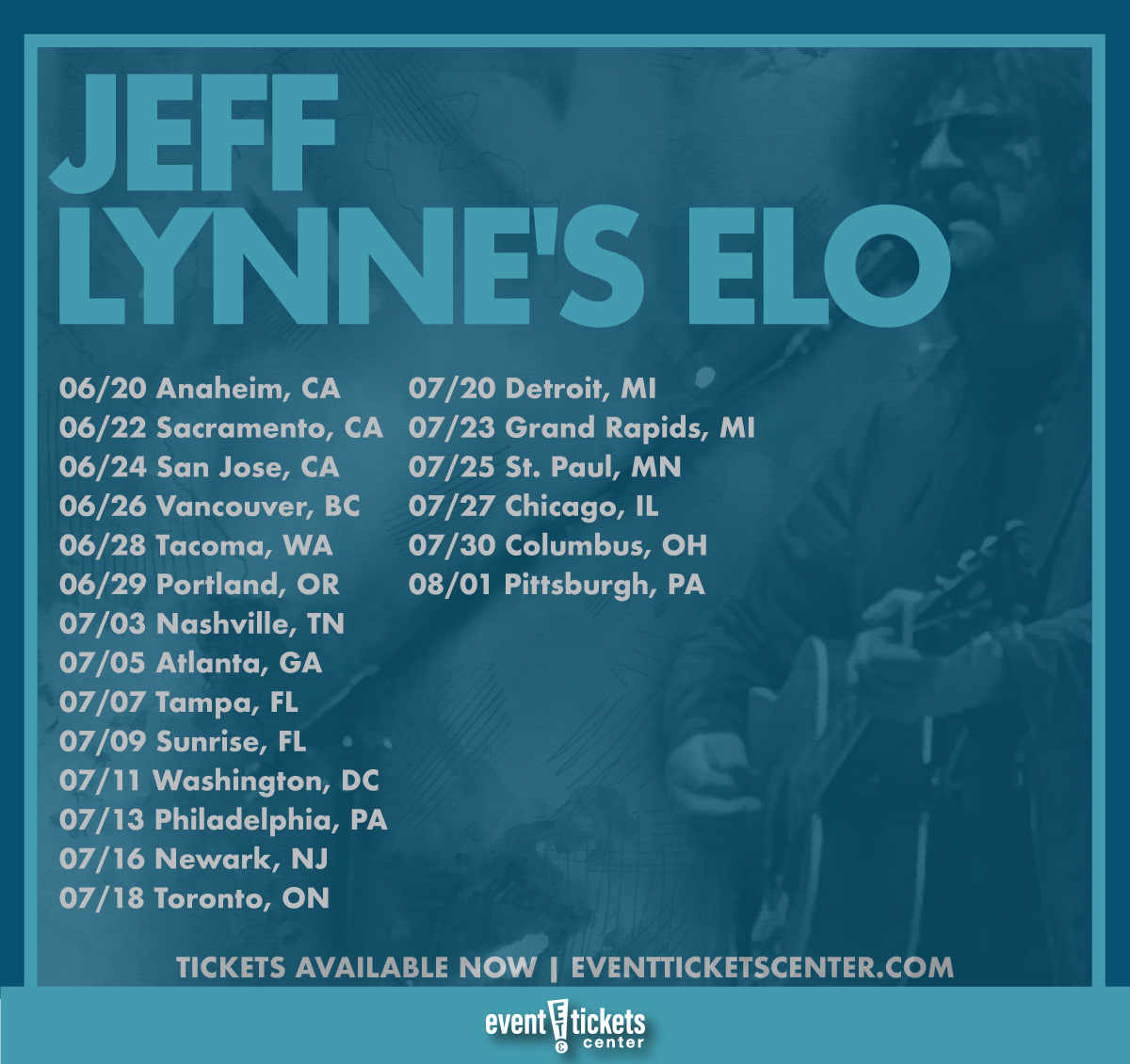 Where is Jeff Lynne's ELO playing near me?