Chance the Rapper is officially pushing back his tour to focus on his family.

The 26-year-old artist took to social media on Monday to address fans and announce the decision – one that was not taken lightly.

“I thought it over for the past week and I’ve decided to push back my tour,” the post read. “This year has been one of the greatest of my life; Marriage, new baby, first album etc. But with it being so eventful it has also been very strenuous having to divide my time and energy between family and work.”

The new father of two announced the birth of his second daughter Marli on September 6. His older daughter, Kensli, was born in September 2015.

“When Kensli was born, I went on tour 2 weeks later and missed some of the most important milestones in her life, but more importantly I was absent when her mother needed me the most. At this point as a husband and father of two I realize that I can’t make that mistake again.”

The tour was originally scheduled to kick off this coming Saturday, September 14 in San Francisco, CA. A new start date has been scheduled for January 15.

All tour dates will be rescheduled with the exception of the 9/28 Chicago show and appearances at iHeart Music Fest and Miami Beach Pop Fest, all of which are still on for their originally scheduled dates.

Check out a full list of new dates below.

About Chance the Rapper:

Rapper, actor, singer, and songwriter Chance the Rapper first stepped onto the scene in the early 2010s, releasing his debut mixtape 10 Days in 2012. He would make his mainstream breakthrough just one year later, making waves with the release of his second mixtape Acid Rain. The mixtape received widespread critical acclaim and was followed by Coloring Book in 2016, earning the young star three Grammy Awards, including on for Best Rap Album. Coloring Book became the first streaming-only album to win a Grammy, peaking at the number eight spot on the Billboard 200. Chance’s debut album The Big Day finally arrived in July 2019. Alongside his wildly successful solo career, Chance is also a member of the Chicago-based collective SaveMoney and is the vocalist for the band The Social Experiment. He has also ventured into film and television, appearing in 2019’s remake of The Lion King and the upcoming Trolls World Tour (2020). 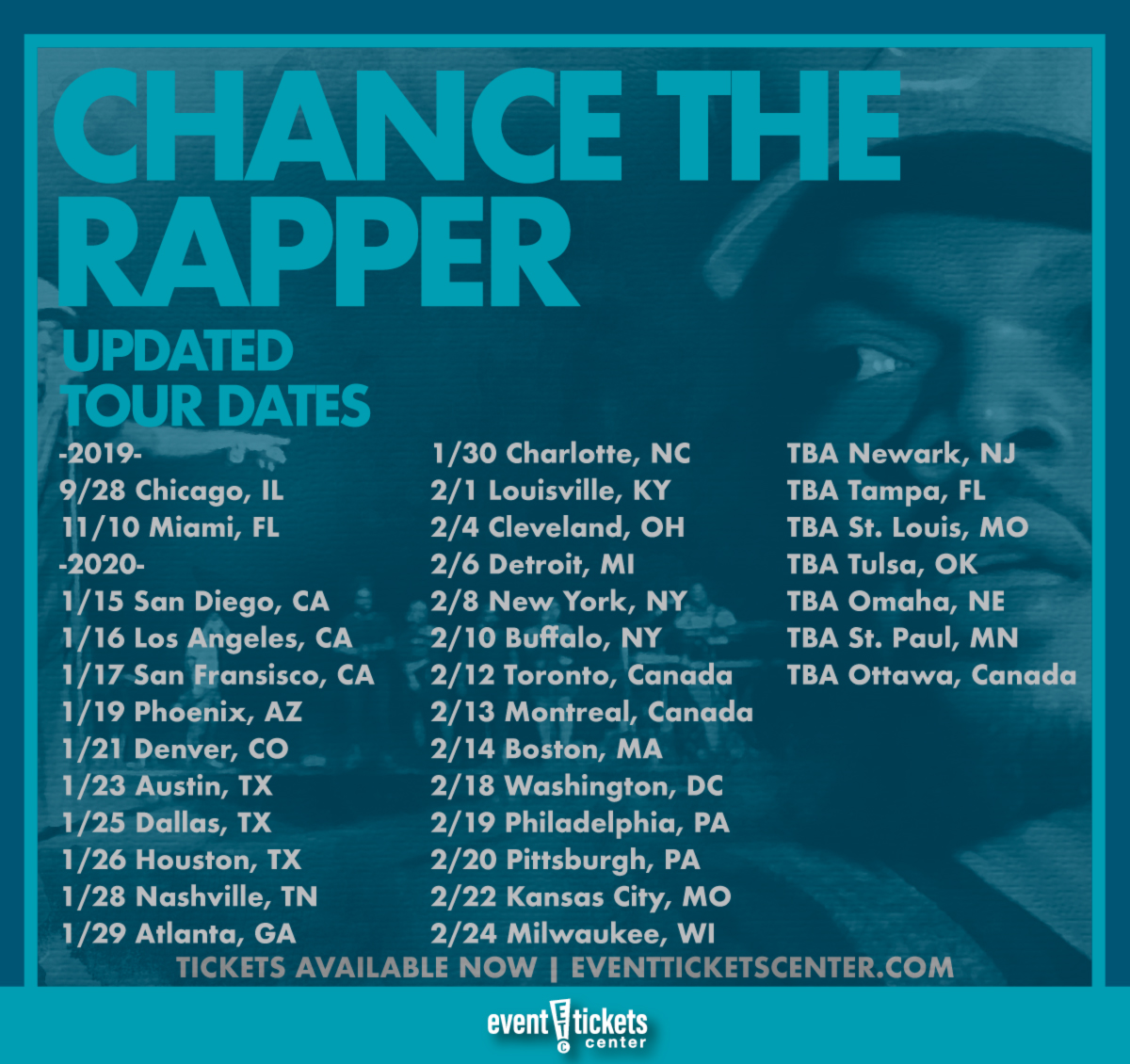