Chance the Rapper is hitting the road in support of his recently released debut album, The Big Day!

The 35-date trek picks up September 14 in San Francisco and will see Chance hit the stage in cities including his hometown of Chicago, Philadelphia, Atlanta, and St. Louis before wrapping up November 10 in Miami, FL.

According to a press release, “special guests” on the tour are to be announced soon.

Where is Chance the Rapper playing near me?

Who is Chance the Rapper?

Chicago-based rapper, actor, singer and songwriter Chance the Rapper emerged in the early 2010s, releasing his debut mixtape 10 Days in 2012. His mainstream breakthrough arrived the following year with the release of his second mixtape Acid Rain, garnering widespread critical praise. In 2016, Chance released his third mixtape Coloring Book, earning three Grammy Awards, including the award for Best Rap Album. Coloring Book became the first streaming-only album to win a Grammy Award, peaking at number eight on the Billboard 200 and cementing Chance’s status as one of the most significant artists of the decade. His full-length debut album The Big Day arrived in July 2019. Alongside his wildly successful solo music career, Chance is also a member of the Chicago collective SaveMoney and is the vocalist for the band The Social Experiment. He has appeared in several short films, television shows, and feature films including 2019’s remake of The Lion King and the upcoming Trolls World Tour (2020). 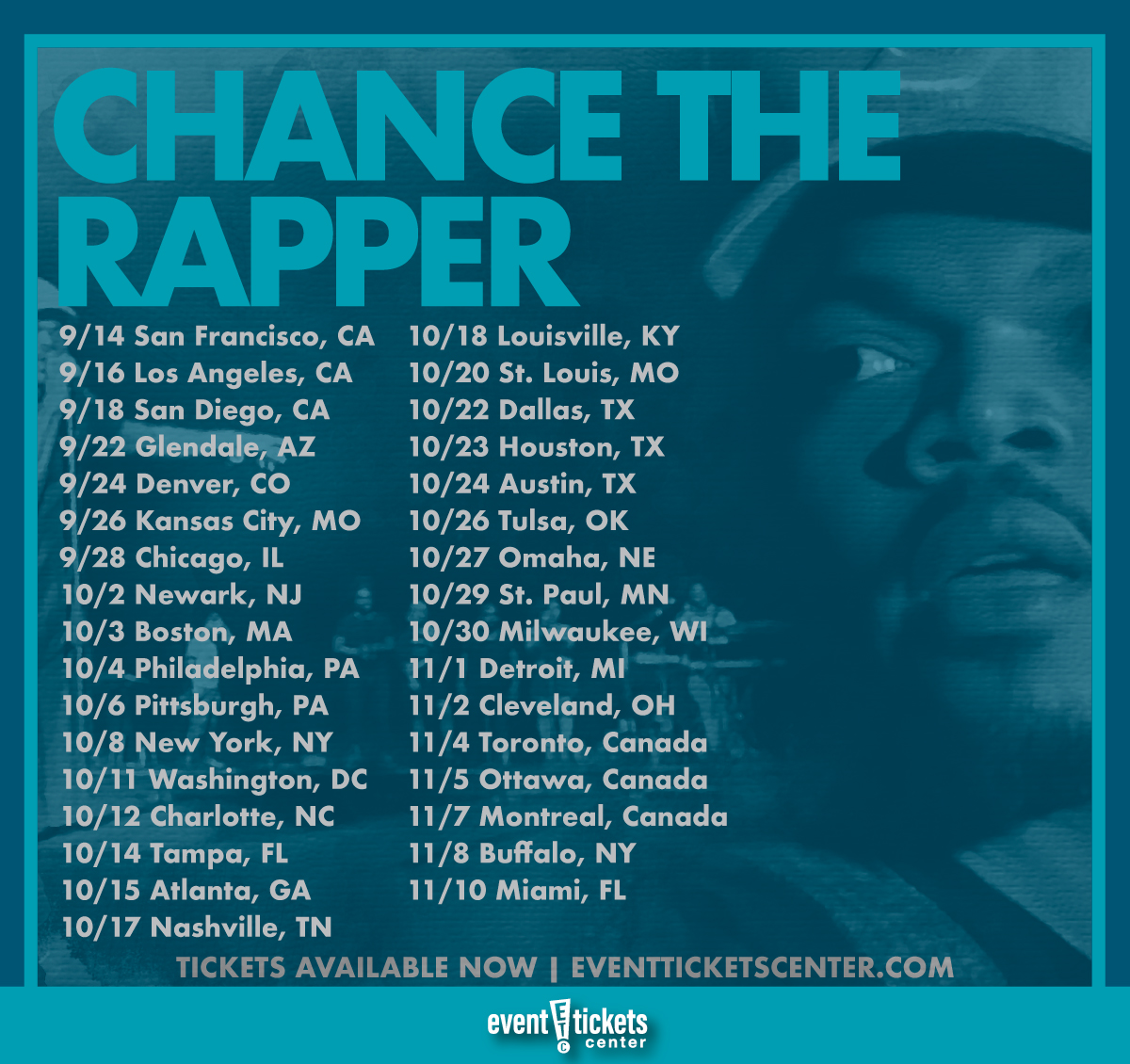