Rock band ZZ Top’s Billy Gibbons is packing up his musical talents and taking it on the road with a newly announced solo tour! His second solo effort, dubbed “The Big Bad Blues Solo Tour 2018” is named after his upcoming album that is set for release on September 21.

The 24-date U.S. trek will commence on October 13 with a performance in Riverside, Iowa. From there, Gibbons will make stops in a slew of cities like St. Louis, Houston, Atlanta, and San Antonio. The tour wrap in West Hollywood on October 18.

On the second album of his solo career, Gibbons aims to return to his blues roots.

“We successfully made our way through those uncharted waters with the Cubano flavor of [his first solo album] Perfectamundo and completed the journey,” Gibbons said in an interview. “The shift back to the blues is a natural. It’s something which our followers can enjoy with the satisfaction of experiencing the roots tradition and, at the same time, feeling the richness of stretching the art form.”

Who Is Billy Gibbons?

William Frederick Gibbons is a man of many talents. A musician, singer, songwriter, producer, and actor, Gibbons heads the Hall of Fame rock band ZZ Top as lead guitarist and vocalist. He was born and raised in Houston, Texas with a musical father who sent him to New York City to study with Tito Puente, oftentimes dubbed “The King of Latin Music.” In 1963, Gibbons received his first electric guitar following his 13th birthday, citing guitarist Jimmy Reed as his influence.

Gibbons formed ZZ Top in late 1969, and quickly settled on bassist/vocalist Dusty Hill and drummer Frank "Rube" Beard, both being members of the band American Blues. After honing their trademark blues-rock style, they released the album ZZ Top's First Album (aptly named) in 1971.

Gibbons isn’t the only front man closing out the year with a solo tour. Radiohead’s Thom Yorke is also hitting the road on his own, and you can read all about it here. 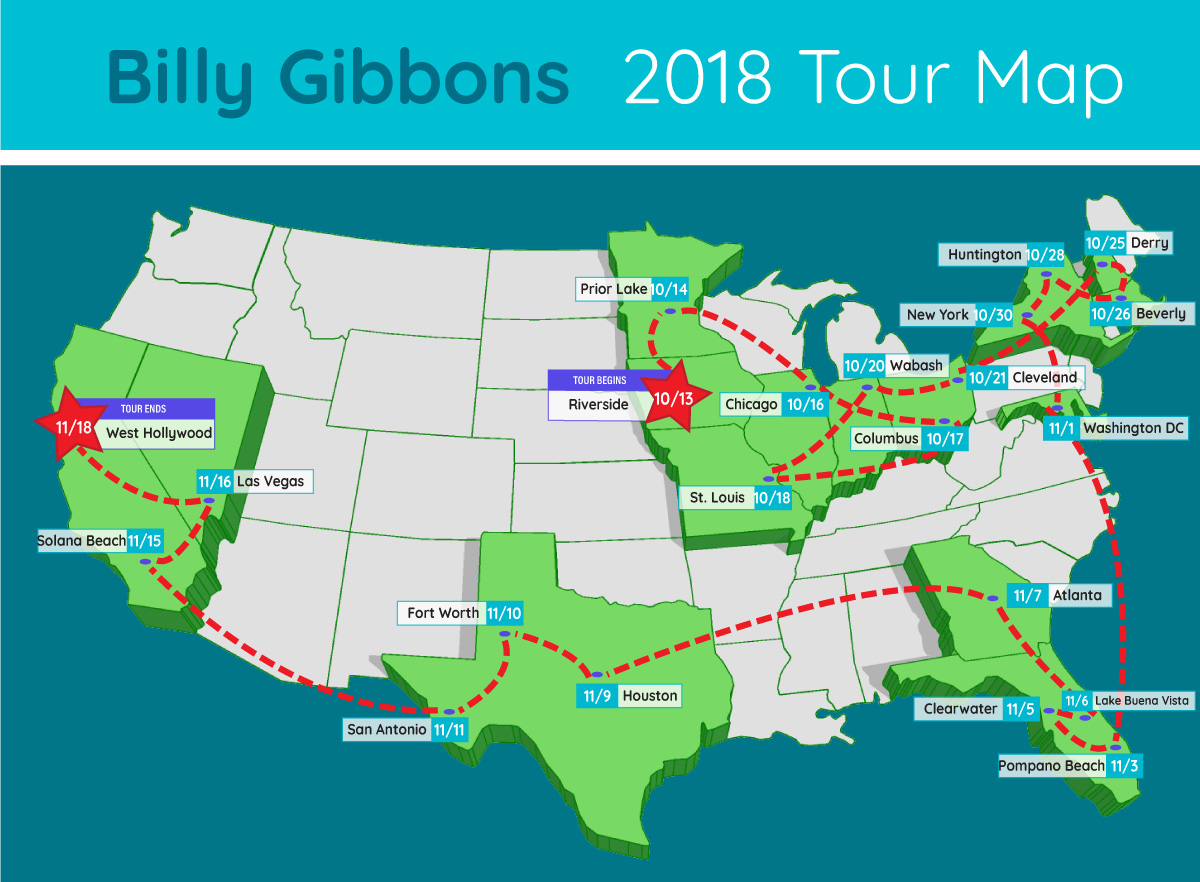 Where is Billy Gibbons playing near me?