They’re back! After releasing Iridescence in 2018, hip hop group Brockhampton have announced their 2019 North American “Heaven Belongs to You Tour” to promote their new album, Ginger, beginning in October.

The first leg of the tour kicks off in Vancouver on October 26 and the group will make a trek to 25 different cities, making stops in San Antonio, New Orleans, Boston, New York City, Chicago, concluding the tour in Los Angeles at The Hollywood Palladium on December 13. Brockhampton will bring UK grime artist slowthai as a supporting act for 20 of the 25 selected dates on the tour.

The Texas natives will make an appearance at Tyler The Creator's eighth annual Camp Flog Gnaw Carnival in early November. Following the American leg of the tour, Brockhampton will head across the globe to perform in Australia and New Zealand.

Check out a full list of the stops Brockhampton will be making later this fall below!

Where is Brockhampton Playing Near Me?

Brockhampton (stylized as BROCKHAMPTON) is an American musical group from San Marcos, Texas. The group, led by vocalist Kevin Abstract, was formed online in 2015 and describes themselves as a boy band. They released their debut mixtape All-American Trash in 2016, followed by the Saturation trilogy, released intermittently throughout 2017. In March 2018, the band announced that they had signed a record deal with RCA Records. 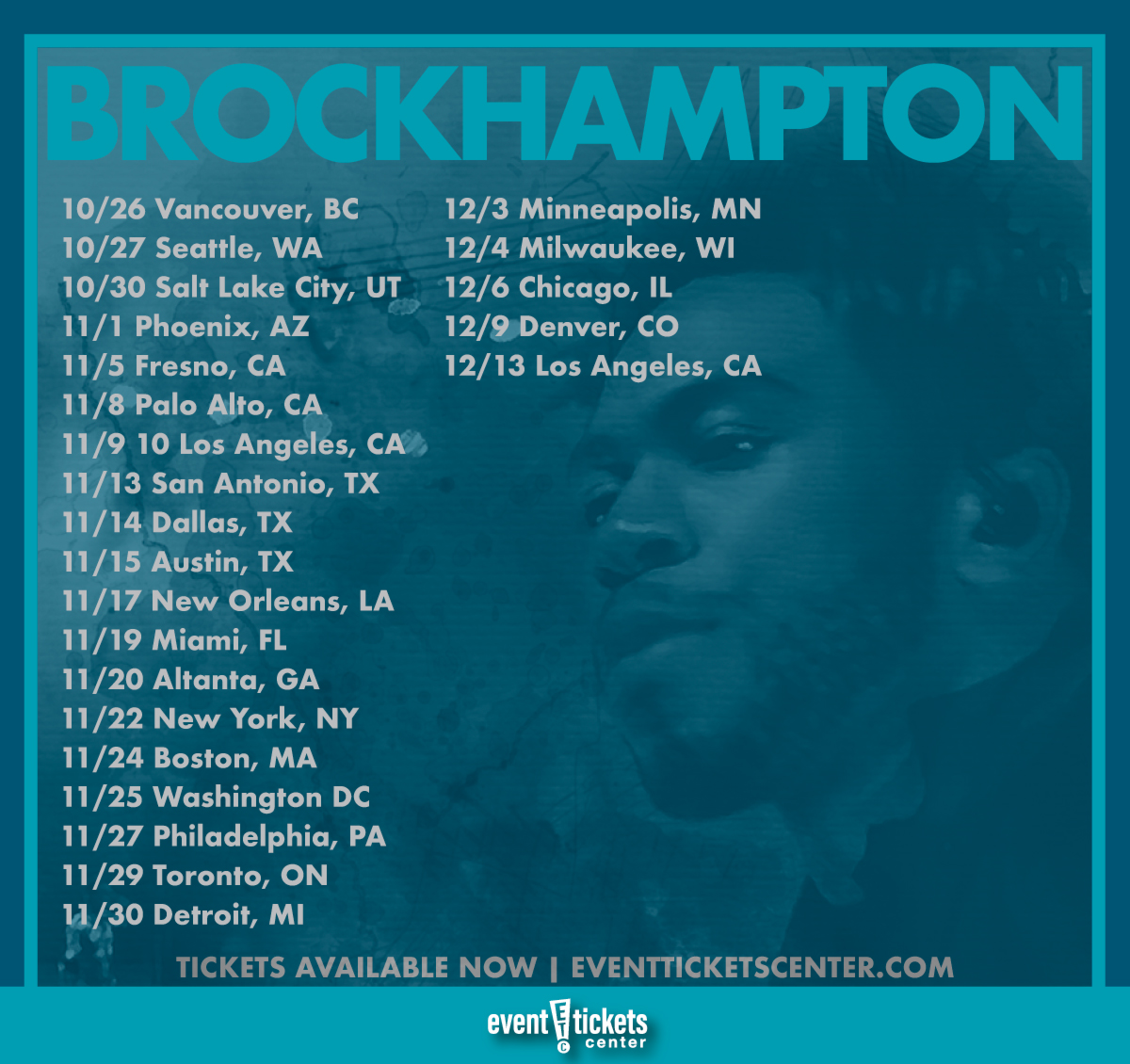