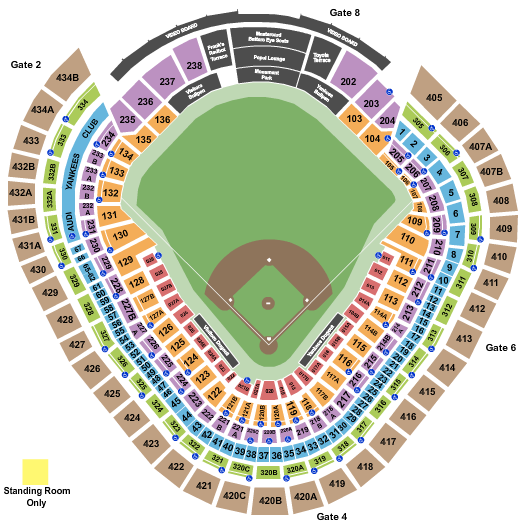 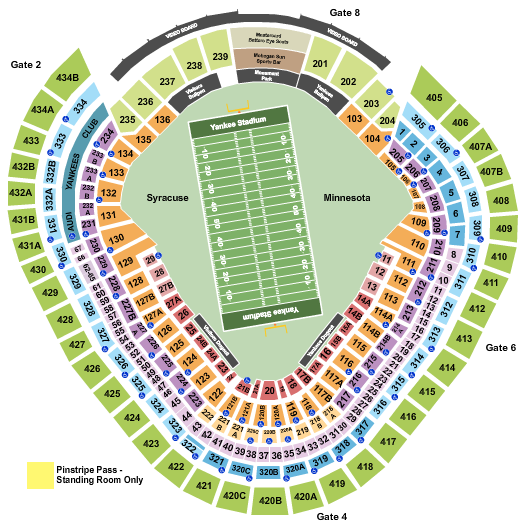 Home of the MLB’s New York Yankees and the MLS’s New York City Football Club, Yankee Stadium is the most expensive stadium ever built in Major League Baseball. Its exterior was designed to resemble the original look of the 1923 Yankee Stadium, while its interior has a contemporary ballpark ambiance with wide spaces and modern amenities. Yankee Stadium opened in 2009, and since then, it’s played host to the Yankees home games, college football, soccer matches and concerts. Paul McCartney, Madonna, Justin Timberlake, Jay-Z and Eminem are among the headliners who have performed there.

The 52,000-seat Yankee Stadium is not only a place to watch a game or an event—it also houses the New York Yankees Museum, located on the main level at gate 6, where the history of the team is showcased. The museum features a “Ball Wall” where hundreds of balls autographed by past and present Yankees are displayed. Visitors can also see photographs of famous players and memorabilia including bats, jerseys and baseballs. Dining at the park is part of the experience, with a wide range of restaurants and concession stands offering food and drinks to satisfy every appetite. Tours of the facilities are offered daily.

The ballpark is located about 30 minutes from lower Manhattan NYC, with the nearest subway stop located on East 161st Street and River Avenue. In addition, the No. 4 train (East Side) and the B and D trains (West Side) make stops at 161st Street/Yankee Stadium. Several New York City Transit bus lines provide service to Yankee Stadium as well, with stops just a short walk to the stadium. There are many parking lots and garages surrounding the stadium, including the stadium’s official parking lots. Dozens of hotels within a 5-mile radius offer cheap, midscale, upscale and luxurious accommodations.

Q: What time do doors open at Yankee Stadium?

A: Doors typically open anywhere between 90 minutes to 2 hours prior to showtime at Yankee Stadium. Be sure to check the listing on your ticket as showtimes will vary.


Q: Who plays at Yankee Stadium?

A: The New York Yankees are the home team at the Yankee Stadium.