Zac Brown Band have big plans for 2020 – an all-new tour to be exact! The Grammy-winning country-rockers announced they’ll be hitting the road on their Roar with the Lions Tour, coming to stages nationwide this summer!

The 28-date trek gets underway with back-to-back performances in Gilford, NH on May 24 and 25 before setting out to hit a slew of cities including Virginia Beach, Saratoga Springs, Detroit, and Phoenix. A show in Tacoma, WA will wrap things up stateside on October 17 before the guys head north of the border for one final gig.

Country folk artist Gregory Alan Isakov will serve as support on select dates. St. Paul and the Broken Bones will open as special guests for the Chicago stop on September 9.

“Our summer tour is inspired by the folklore surrounding the figure of the lion. I am a Leo, and all of the guys in the band are lions,” Zac Brown shared.

“They exemplify strength, courage, intelligence, and loyalty, and work in tandem to defend their territory and one another. The crowd is our pride – rooted in togetherness and fiercely loyal. They always show up for each other, no matter what, just like our fans always show up for us. We can’t wait to hear you roar with us!”

Where are Zac Brown Band playing near me?

Who are Zac Brown Band?

Country singer/songwriter Zac Brown began playing music as a high school student, drawing on inspiration from folk sensation James Taylor. Setting out to hit the road at the young age of 19 years old, Brown began touring extensively throughout the southeast US. Accompanied by only a drummer and his loyal dog Pete, Brown began laying the foundation for what would become the Zac Brown Band less than a decade later.

The group made their mainstream breakthrough with the release of their first major-label studio album, The Foundation, in 2008. The album earned a triple-platinum certification, launching the band to commercial success on the strength of massive hit singles “Whatever It Is,” “Toes,” “Chicken Fried,” and “Highway 20 Ride.” In the years since, Zac Brown Band have released five additional albums, including the platinum certified You Get What You Give and Uncaged.

Zac Brown Band are known for their upbeat style and a winning combination of blue grass, country, and reggae. Their unique sound and blending of genres appeals to a diverse group of music lovers, expanding the band’s reach far beyond the county music genre. 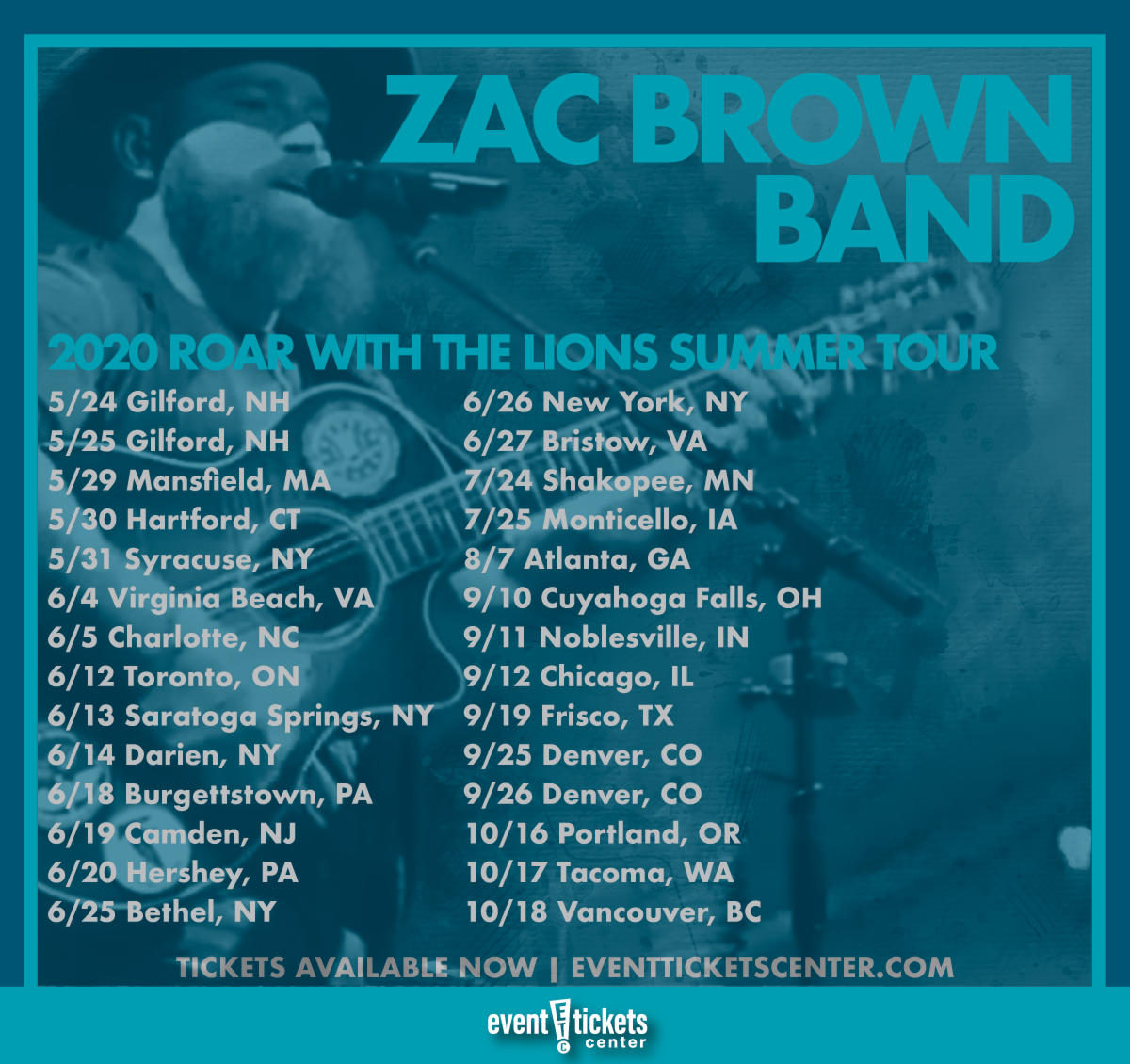