WrestleMania 34: Who's Taking On John Cena?

It's been rumored for weeks now that John Cena will battle The Undertaker in a much-anticipated mega-match at WrestleMania 34 in New Orleans on April 8 at the Mercedes-Benz Superdome. Not so fast, WWE fans. Since the Deadman hasn't responded to Cena's challenge at last Monday's edition of RAW, new rumors have surfaced that Cena might actually face another WWE legend, Rey Mysterio.

John Cena and The Undertaker have never shared the ring and if this match doesn’t happen, that window may be closed. The Undertaker, whose real name is Mark Callaway, announced his retirement at WrestleMania 33 in Orlando by leaving his hat and gloves in the ring and making a dramatic fade to black exit.

Cena showed up on Smackdown Live and defeated WWE champion AJ Styles to book his place in the Six Pack challenge match for the WWE title at the upcoming Fastlane pay-per-view. He will challenge Styles plus Kevin Owens, Sami Zayn, Baron Corbin and Dolph Ziggler.

It follows his failed attempt to win the Elimination Chamber main event last Sunday, where victorious Roman Reigns booked his place in the WWE Universal title match at WrestleMania against Brock Lesnar.

Rey made a surprise appearance for WWE at the Royal Rumble back in January and has been rumored to be in talks with the company about a return later this year or in early 2019.

The last Cena vs. Mysterio singles match came on the July 25th, 2011 RAW. That match saw Cena defeat Rey for the WWE title. The two would then team up at a December 28th, 2013 WWE live event in Newark, NJ. They defeated Randy Orton and Alberto Del Rio.

This year's Super Bowl of professional wrestling is scheduled to feature the Universal Title Match between Brock Lesnar and Roman Reigns. At least that's Plan A.

It's been reported, however, that WWE has concerns over this bout due to Reign's alleged connection to accused steroid dealer Richard Rodriquez, who claims to have evidence that could implicate Reigns and others.

Also, there's some doubt about Brock Lesnar since he was a no-show at last week's episode of RAW. A show for which he was heavily advertised.

So what's Plan B? 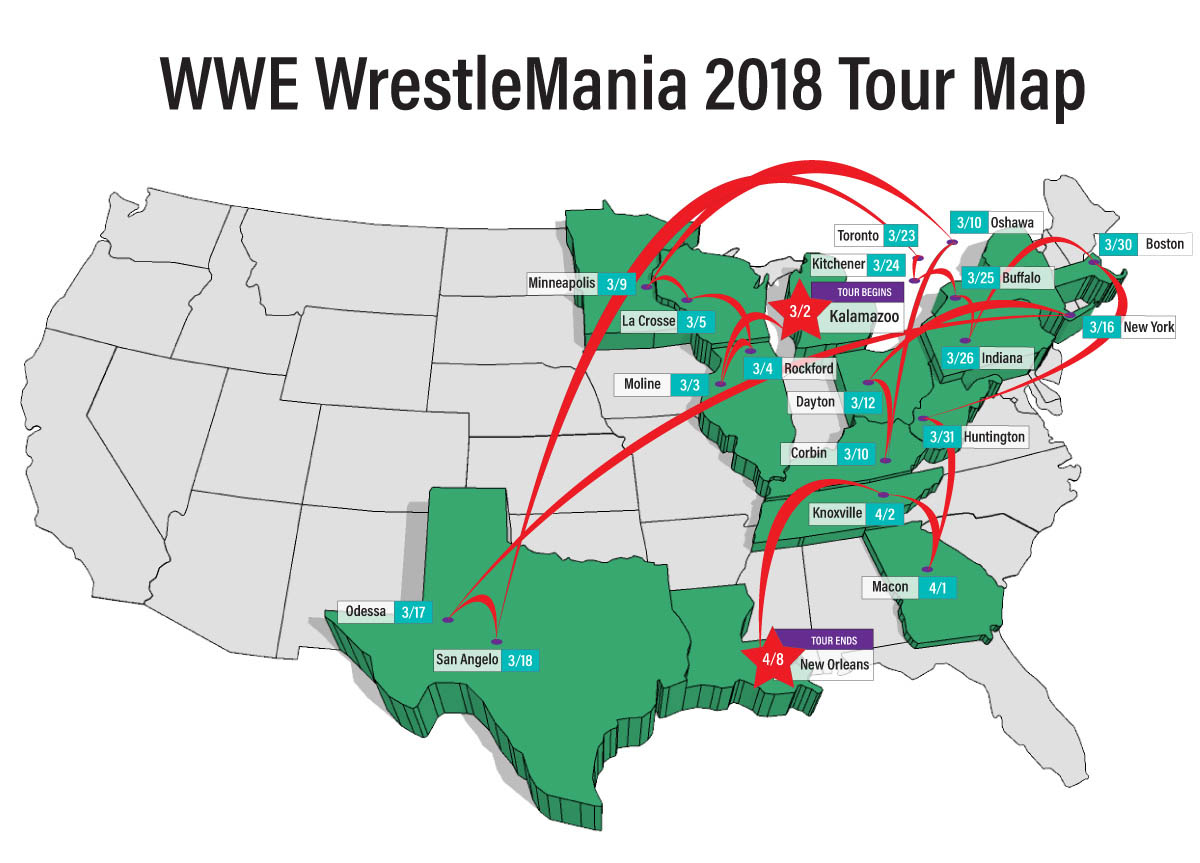 If you're planning to go to WrestleMania 34, check out our Insider's Guide To The Mercedes-Benz Superdome for info and tips.

Check out the complete WWE schedule including WrestleMania events below and score seats at a location near you.