Vampire Weekend have added an entire slate of 2020 dates to their extensive “Father of the Bride” trek, bringing the indie rockers to stages across North America once again starting next spring!

The newly announced dates kick off with a show in Westbrook, ME on May 29 and will set out to hit a slew of cities including Pittsburgh, Bend, Columbus, and New Orleans. A final performance in Birmingham, AL will wrap up the 19-date jaunt on October 7.

Vampire Weekend have been touring behind their latest LP since March 2019. The rockers announced their plans to extend the tour during a live performance at Madison Square Garden in NYC on Friday, September 6.

Father of the Bride dropped May 3, 2019, marking the group’s first project in nearly six years.

Where are Vampire Weekend playing near me?

May 29 – Westbrook, ME @ Maine Savings Pavilion

Who are Vampire Weekend?

Vampire Weekend first stepped into the spotlight in 2006, capturing audiences’ attention with their blend of indie-rock and Afro-pop infused melodies. The group released their self-titled debut album in 2008, producing massive hits like “Oxford Comma” and “A-Punk,” and receiving widespread critical acclaim for its world music influences. Contra followed in 2010, debuting at the number one spot on the Billboard 200 and bringing along continued commercial success thanks to singles like “Holiday” and “Cousins.” In 2013, Vampire Weekend released their third studio album Modern Vampires of the City, garnering their first Grammy Award for Best Alternative Music Album in 2014. The album would mark their final release with founding member Rostam Batmanglij, and their last album in nearly six years until Father of the Bride arrived in the spring of 2019. 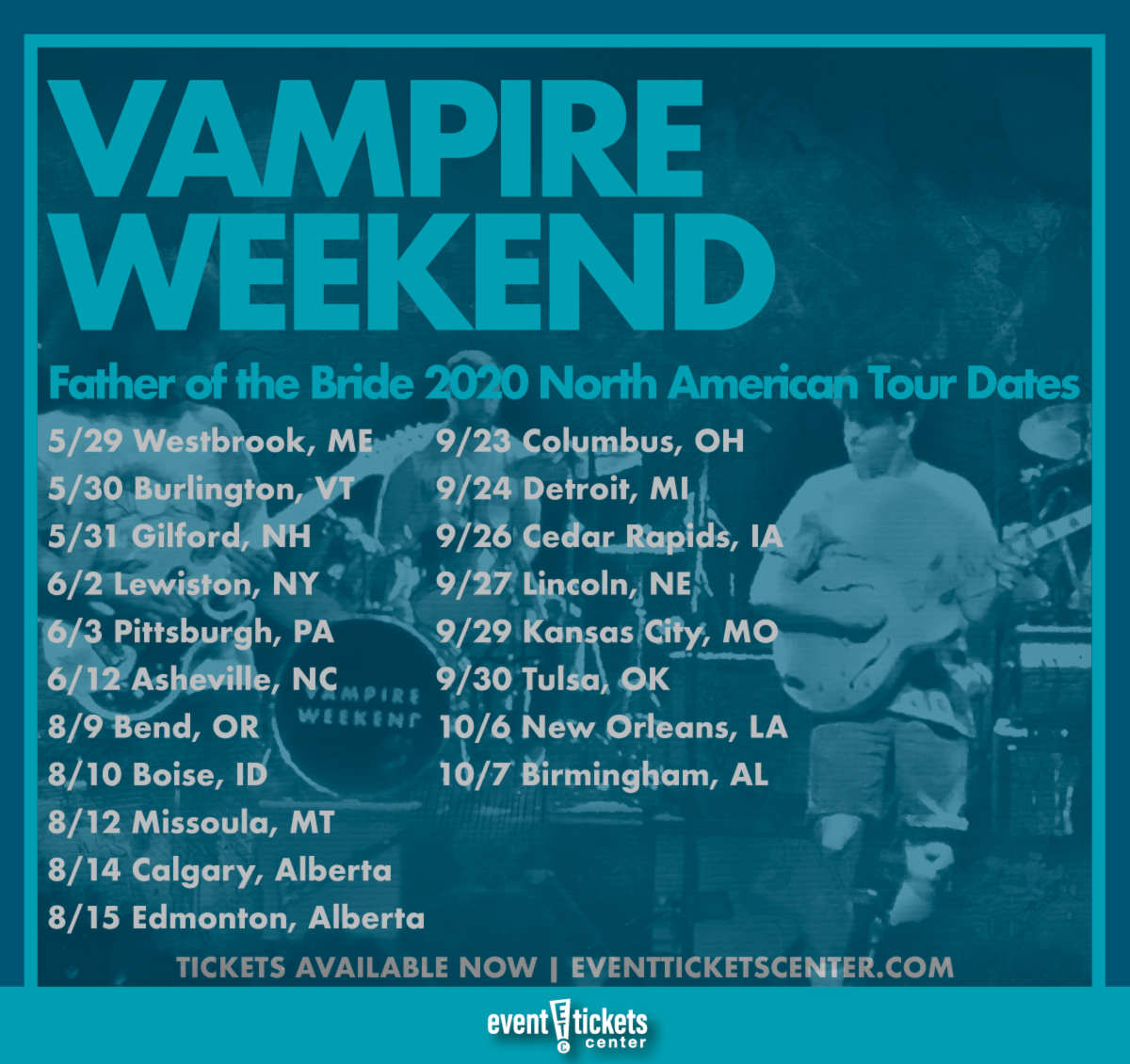