Tori Kelly is hitting the road in support of her latest album, Inspired by True Events!

The newly announced tour will see Kelly hit the stage in over 20 cities across North America, starting January 28 with a show in Cleveland, OH. The trek will include stops in cities like Boston, Nashville, Madison, and Houston before the singer-songwriter wraps things up March 1 in Anaheim, CA.

Inspired by True Events is Kelly’s third full-length album, and the follow up to 2018’s Grammy-winning Hiding Place. The album was released this past August.

Where is Tori Kelly playing near me?

Who is Tori Kelly?

R&B-influenced gospel artist and pop star Tori Kelly first captured audiences’ attention online before gaining wider fame in 2012 with the release of her independent breakthrough Handmade Songs by Tori Kelly. Her major label follow up Unbreakable Smile arrived in 2015, sending Kelly to the top of the charts on the strength of hit singles like “Nobody Love” and “Should’ve Been Us.” Her second full-length album, Hiding Place, would bring with it even more success, earning the singer/songwriter two Grammy Awards – one for Best Gospel Album and another for Best Gospel Performance/Song for the track “Never Alone.” Her third album, Inspired by True Events, arrived in August 2019. 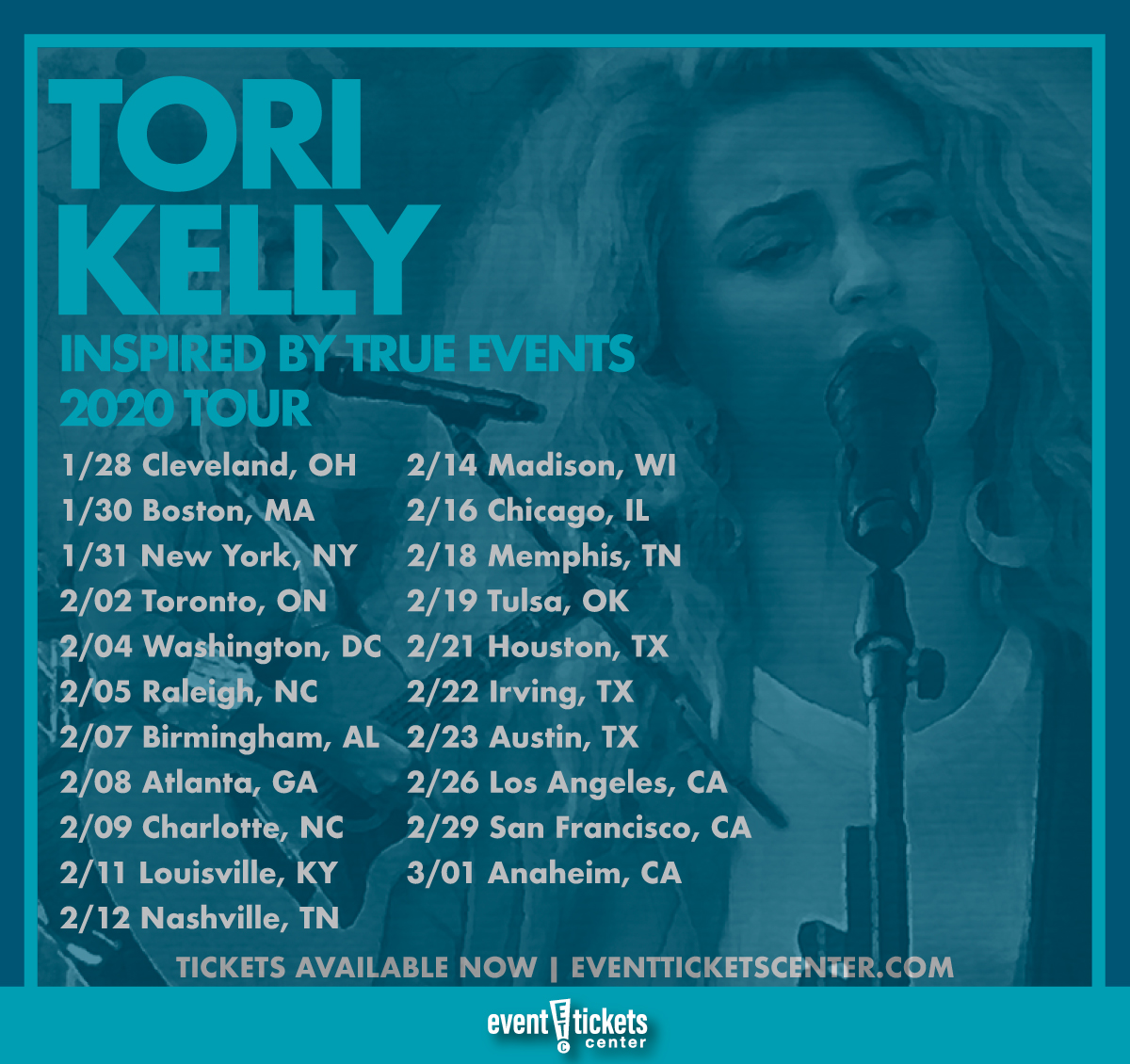