The Original Foreigner Lineup Is Coming Together for Special Show

The original surviving members of English rock band Foreigner are treating fans to a reunion show this August 4, and you’re invited to experience the nostalgia!

The only original Foreigner member who will not be onstage at Sturgis Buffalo Chip's Motorcycle and Music Festival in South Dakota on August 4 will be bassist Ed Gagliardi, who passed in 2004 after an eight-year battle with cancer.

“It’s been incredible to have Lou, Dennis, Al, Ian and Rick join us for some surprise appearances throughout the past few years," Jones said in the statement. "It always brings back special memories. But now, for the first time, we are letting our fans know we’ll be making history together at the Buffalo Chip on Aug. 4 with a Foreigner reunion concert, and we hope they’ll come on down to Sturgis and join us!"

Fans can also expect to see supporting performances by rock heralds Kid Rock, Lynyrd Skynyrd, and Queensryche, among others.

Foreigner is an English-American rock band that originally formed in 1976 by English musician and ex-Spooky Tooth member, Mick Jones. After the collapse of the Leslie West Band in 1976, Jones found himself stranded in New York City. His manager encouraged him to continue his songwriting and rehearse a band of his own.

Jones got together with New York keyboardist Al Greenwood, saxophonist Ian McDonald, drummer Dennis Elliott, bassist Ed Gagliardi, and lead singer Lou Gramm. A name, "Trigger", was tentatively agreed to, but it was already taken. Jones came up with the Foreigner moniker from the fact that no matter what country they were in, they would be foreigners: he, McDonald and Elliott were English, while Gramm, Greenwood and Gagliardi were American.

The band released their self-titled debut in 1977 and it became a hit, amassing several hits like “Feels Like the First Time,” “Cold as Ice,” and “Long, Long Way from Home.” The album stayed in the Top 20 for a whole year.

Album number three, Head Games (1979), was referred to by Gramm as their "grainiest" album, and was also successful because of the thunderous "Dirty White Boy" and another title track hit "Head Games".

Their fifth album, Agent Provocateur, was released in 1984 and produced Foreigner’s first and only number one hit across the globe (in the U.S., U.K., Australia, Norway, Sweden, etc.). "I Want to Know What Love Is", a ballad backed by Jennifer Holliday and the New Jersey Mass Choir, is still the band’s most successful single to date. "That Was Yesterday" was the next single from the album in early 1985 and proved to be another sizable hit.

Across a total of nine albums and a rotating lineup, Foreigner has become one of the world’s best-selling bands of all time with worldwide sales of more than 80 million records. 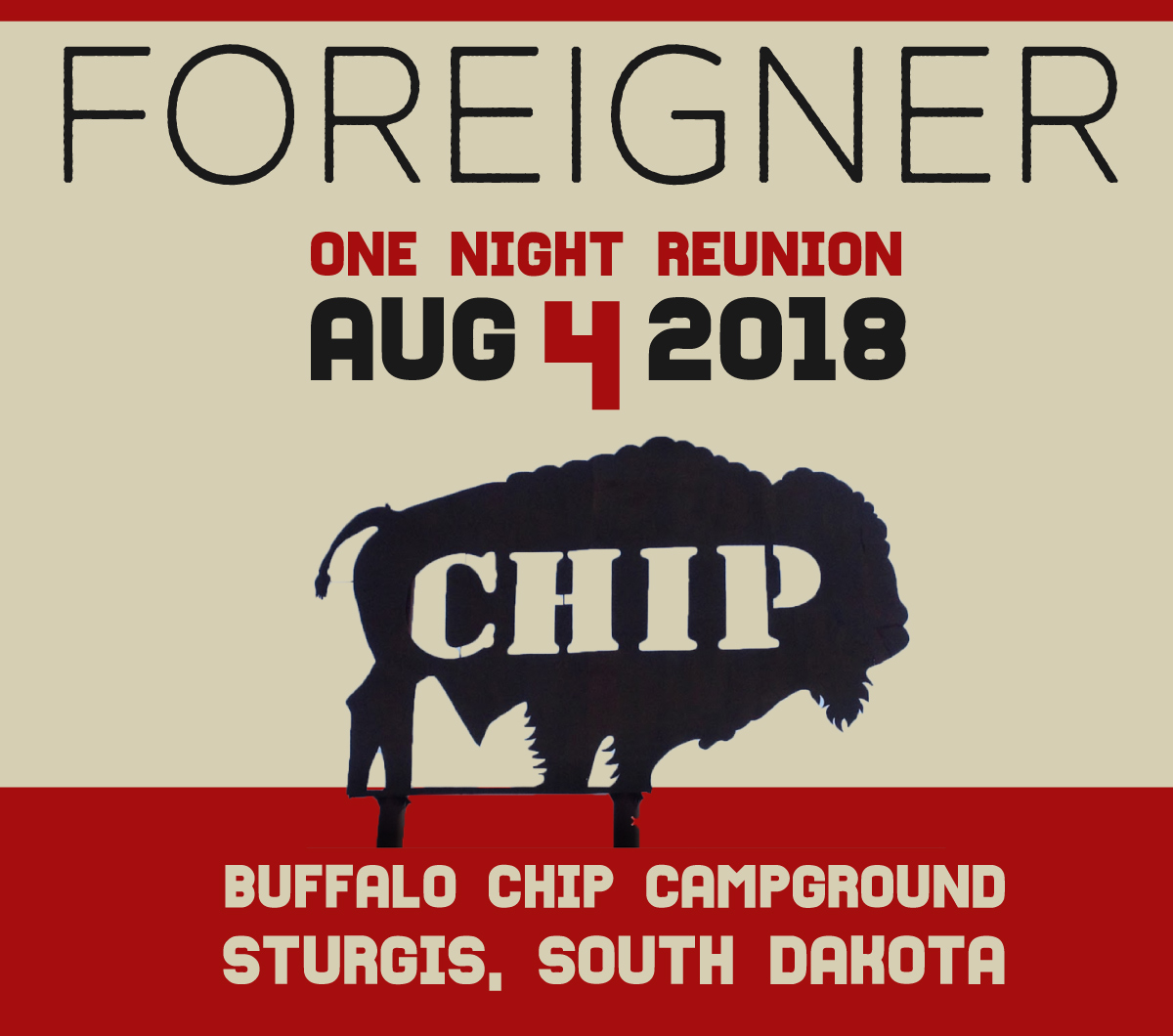 Where is Foreigner playing near me?