The 1975 Announce US Tour Dates


The 1975 are gearing up to hit the road for an all-new North American Tour, bringing the British rockers to stages across the US early next year!

The 22-date trek gets underway April 15 with a performance in Phoenix, AZ before going on to hit a slew of cities including Las Vegas, Austin, Chicago, Nashville, and Morrison. A final show in Darien Center, NY wraps up the US leg on June 2.

Alternative/indie acts Pale Waves and No Rome will be joining the band on the road as opening acts.

News of the tour comes ahead of the release of the group’s highly anticipated third album, A Brief Inquiry Into Online Relationships. The album will include previously-announced hit singles “Sincerity Is Scary,” “TOOTIMETOOTIMETOOTIME,” “Love It If We Made It,” and “Give Yourself a Try.”

A Brief Inquiry Into Online Relationships is due for release on November 30.

The 1975 was formed by a group of high school friends in Manchester, England in 2002. Initially starting out as a cover band, they eventually began to write their own original material, creating a trademark sound that falls somewhere between “hooky dance-rock and adult contemporary sophistication.” The group would shoot to the top of the charts with the release of their debut self-titled album in 2013, showcasing their artsy-pop aesthetic and front man Matty Healy’s distinct vocals.

Anchored by the massive hit single “Sex,” the album skyrocketed the group to international stardom, topping the charts in the UK and securing a spot in the Top 30 on the Billboard 200. Their second album, I Like It When You Sleep, for You Are So Beautiful Yet So Unaware of It, brought continued success four years later, hitting the number one spot in both the UK and US and featuring a more ambitious R&B influenced sound. In 2017 they took home the Brit Award for Best British Group, cementing their status as indie rock sensations. In 2018, following several cryptic messages and posts to their social media pages, the band finally announced plans for their third and fourth albums, A Brief Inquiry Into Online Relationships and Notes on a Conditional Form, set to be released in November 2018 and May 2019 respectively. 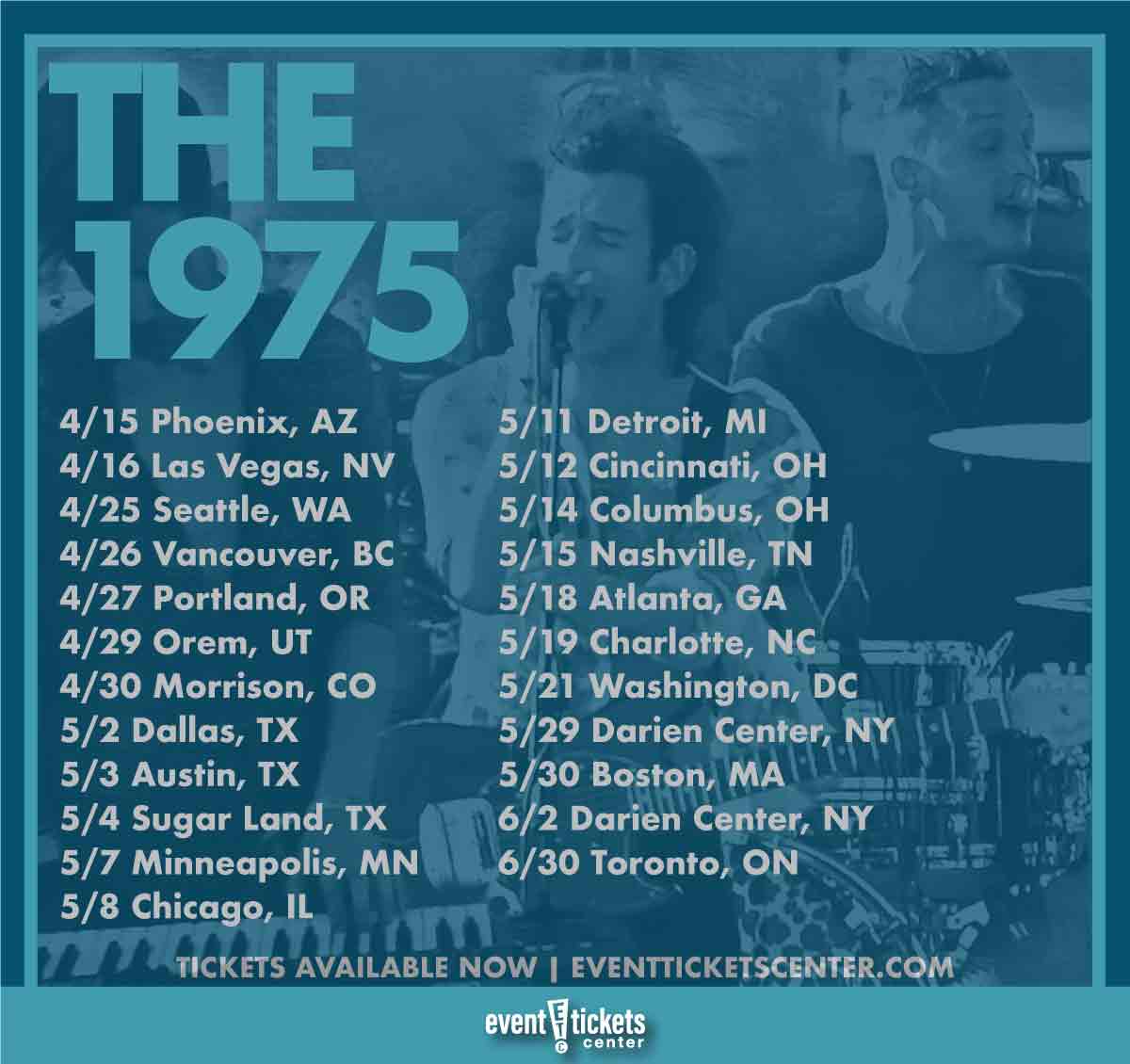