Tame Impala is coming to a stage near you! The psych-rock outfit has announced plans for an extensive North American trek, set to kick off early this summer!

The 23-date tour gets underway May 29 in Chicago, IL and will travel to a slew of cities including Washington DC, Miami, St. Louis, and Austin before wrapping up with a final performance in George, Washington on August 7.

Indie pop artist Perfume Genius will serve as special guest on all dates.

The full tour will follow previously announced dates in California and Mexico in March, featuring support from MGMT and Clairo.

News of the upcoming trek wasn’t the only exciting announcement Kevin Parker, aka Tame Impala, had to share with fans, with the artist also revealing the release date of his highly anticipated album, The Slow Rush. The album is set to drop on February 14.

Where are Tame Impala and Perfume Genius playing near me?

Who is Tame Impala?

Tame Impala is the guitar-heavy, psychedelic rock project of Australian singer, songwriter, and multi-instrumentalist Kevin Parker. Parker first formed the project in 2007, going on to release a series of singles and EPs before releasing the debut studio album Innerspeaker in 2010. The album received a gold certification in Australia, and was followed by the Grammy-winning, platinum certified Lonerism in 2012. In 2015, Tame Impala released Currents, achieving continued international success and earning two ARIA Awards for Best Rock Album and Album of the Year. Parker also took home the APRA Award for Song of the Year 2016 for Currents’ hit track “Let It Happen.” As a touring act, Tame Impala includes Parker on guitar and vocals alongside musician Dominic Simper and members of Australian psychedelic rock band Pond including Jay Watson, Cam Avery, and Julien Barbagallo. 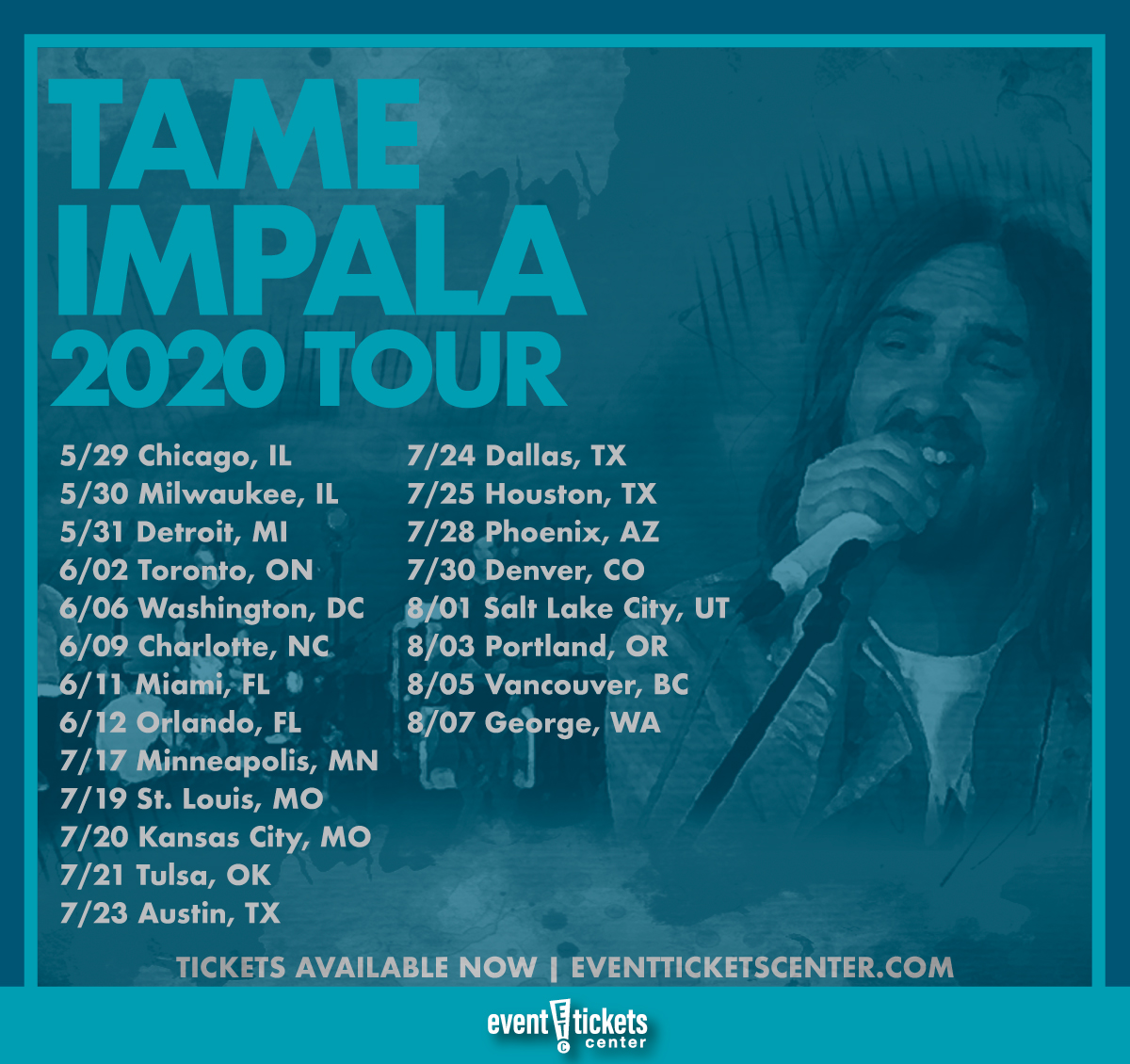