Update 3/19/2020: Sturgill Simpson has shared the rescheduled dates for his "A Good Look'n Tour" alongside Tyler Childers! Check out a full list of updated stops below.

Where is Sturgill Simpson playing near me?

May 8 — Inglewood, California @ The Forum

Original Article: Sturgill Simpson and Tyler Childers have revealed the dates for their highly anticipated 2020 tour, hitting stages across the US early next spring.

The massive 37-date “A Good Look’n Tour” kicks off February 21 in Birmingham, AL and will include stops in cities like Knoxville, Dallas, Chicago, and Denver before wrapping up with a final performance in Louisville, KY on May 24.

Simpson will have new music to support on the upcoming run as well, having just released his latest album, Sound & Fury, in September.

Who is Sturgill Simpson?

Alt-country artist Sturgill Simpson first stepped into the spotlight in the early 2000s as the frontman of the energetic roots outfit Sunday Valley. Though he made some waves as the leader of the band, Simpson gained greater fame as a solo artist, releasing his acclaimed outlaw country debut album High Top Mountain in 2013. He has since released three additional solo albums, including Grammy winners Metamodern Sounds in Country Music and A Sailor’s Guide to Earth. His most recent album, Sound & Fury arrived in 2019.

Who is Tyler Childers?

Country/bluegrass rocker Tyler Childers emerged in 2010, releasing his debut album Bottles and Bibles when he was just 19 years old. His mainstream breakthrough arrived with the release of his second full-length album, Purgatory, in 2017. Produced by Sturgill Simpson and David Ferguson, Purgatory, debuted at number one on Billboard’s Heatseekers Albums chart, number 17 on the Country albums chart, and number four on the Americana/Folk albums chart. Childers won the award for Emerging Artist of the Year at the 2019 Americana Music Honors & Awards in 2018. His third album, Country Squire, was released in August 2019. 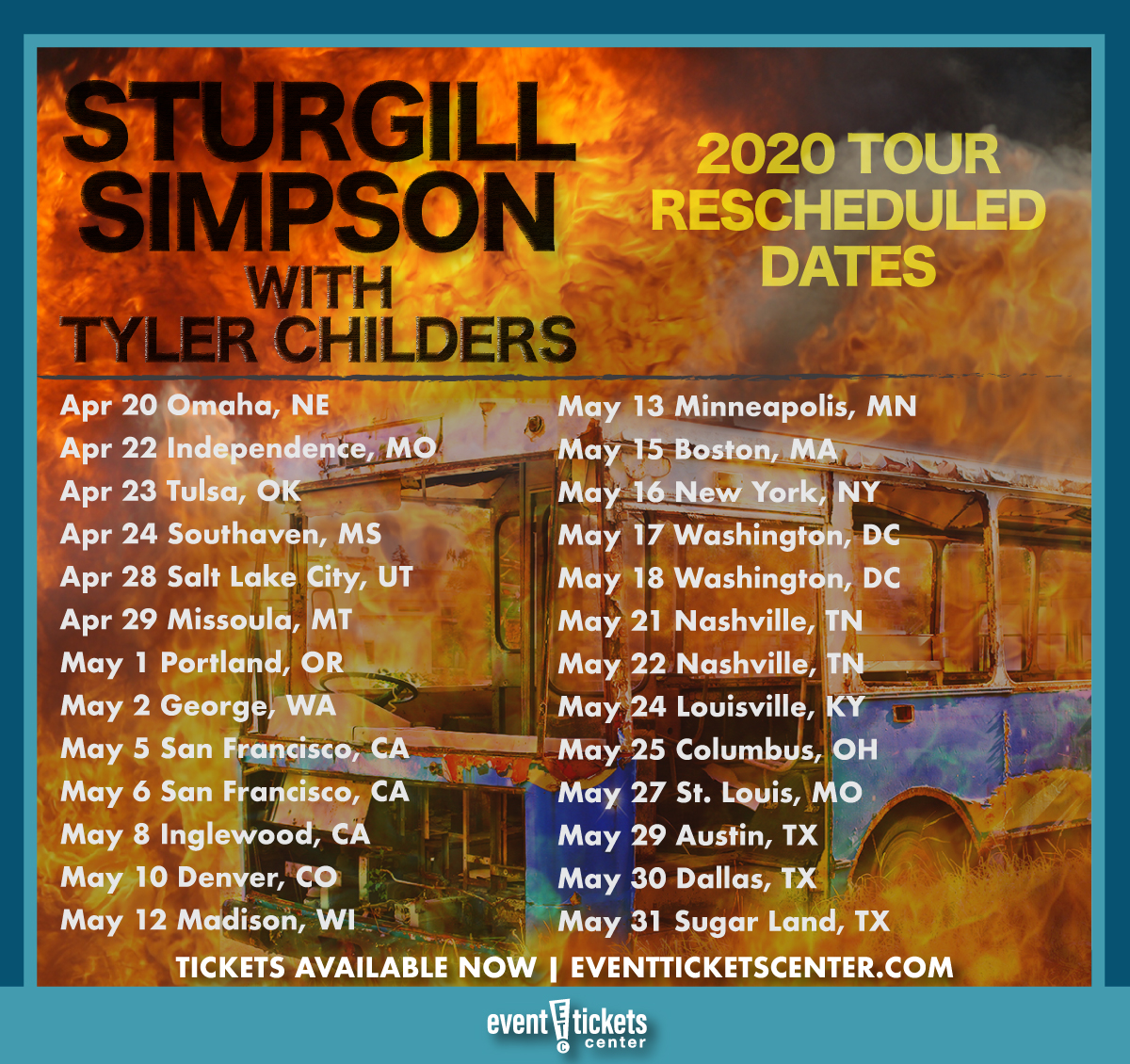