Rod Stewart is hitting the road this summer! The legendary artist has announced plans for an extensive North American tour set to kick off this July alongside special guests Cheap Trick!

The 21-date trek gets underway July 21 in Cuyahoga Falls, OH and will travel coast-to-coast, hitting cities including Mansfield, Nashville, Fort Worth, and St. Louis. A final performance in Chicago, IL will wrap things up on September 5.

Stewart is already planning another experiment for his next release. “I’m trying to put together a country record,” he shared in a recent interview. “Not just country music, but folk music and older stuff I was brought up on. It’s an opportunity to let people hear another side of me.”

Where is Rod Stewart playing near me?

Who is Rod Stewart?

Legendary British rock artist Rod Stewart rose to prominence in the late 1960s-early 1970s, initially as part of a number of groups including The Jeff Beck Group, Faces, The Dimensions, Long John Brady, and the All Stars. Stewart issued his solo debut singles “Good Morning Little Schoolgirl” in 1964, maintaining a budding solo career alongside a group career before releasing his debut solo album An Old Raincoat Won’t Ever Let You Down in 1969. Many of Stewart’s early releases are characterized by a fusion of rock, folk, soul, and R&B, though his style evolved over time to incorporate elements of soft rock/new wave.

With his distinctive, raspy vocals, Stewart has established himself as one of most prominent and influential figures in rock music. He has charted nine number-one albums in the UK, with a total of 62 hit singles. Stewart is both a Grammy and Brit Award recipient. He is a two-time Rock and Roll Hall of Fame inductee (as both a solo artist and as part of Faces), and a UK Music Hall of Fame inductee since 2006. He has sold more than 120 million albums worldwide. 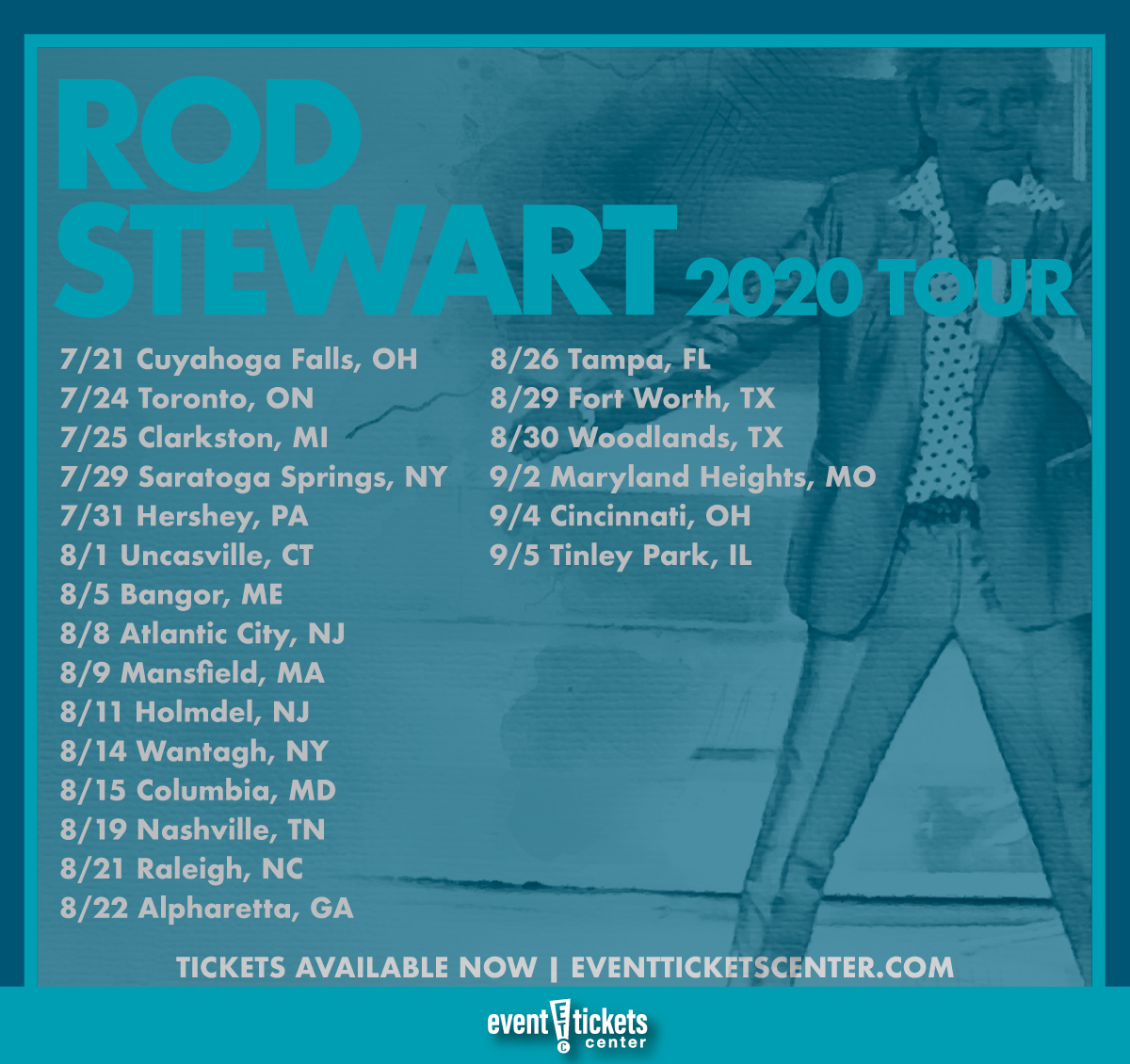