Update 2/10/2020: Three months after announcing their long-awaited reunion, Rage Against the Machine have finally mapped a 2020 world tour, coming to stages across the US this summer.

The highly anticipated reunion tour kicks off after a handful of previously announced performances and headlining festival slots and will see the band hit the stage in cities including Portland, Minneapolis, Buffalo, and Washington DC. A pair of back-to-back shows in New York City will close things out August 10 & 11.

Hip hop duo Run the Jewels will serve as support throughout the 40-date trek.

Rumors began swirling Friday morning after social media accounts under the band’s name shared a list of 2020 concert dates. The rumors have since been confirmed.

Reunion shows kick off March 26 in El Paso, TX and will include stops in Las Cruces and Phoenix before the band heads to Indio, CA to play Coachella 2020 on April 10 and 17.

The iconic rap-rock group officially split back in 2000, reuniting once in 2007 before parting ways again four years later. The upcoming shows will mark their first performance with all original members together since 2011.

Where are Rage Against the Machine playing near me?

May 1 — Vancouver, BC @ Pacific Coliseum at the PNE

Who are Rage Against the Machine?

Rap-rock outfit Rage Against the Machine rocketed to fame with the release of their self-titled debut album in 1992, earning widespread critical praise and commercial success. The group would release three additional full-length albums during their initial nine-year run, including Evil Empire, The Battle of Los Angeles, and the cover album Renegades before parting ways in 2000. Following the group’s disbandment, frontman Zack de la Rocha ventured into a low-key solo career, while the remaining members went on to form rock supergroup Audioslave alongside former Soundgarden frontman Chris Cornell. Rage would join forces again in 2007 when they performed together for the first time in seven years at the Coachella music festival. Rage continued to play live shows and festivals for the next few years before splitting again in 2011. In 2019, after an eight-year hiatus, they announced they would be reuniting for a string of shows in 2020. RATM have been cited as having a large influence on the nu metal genre. They are known for their revolutionary political views, which are expressed in their music. 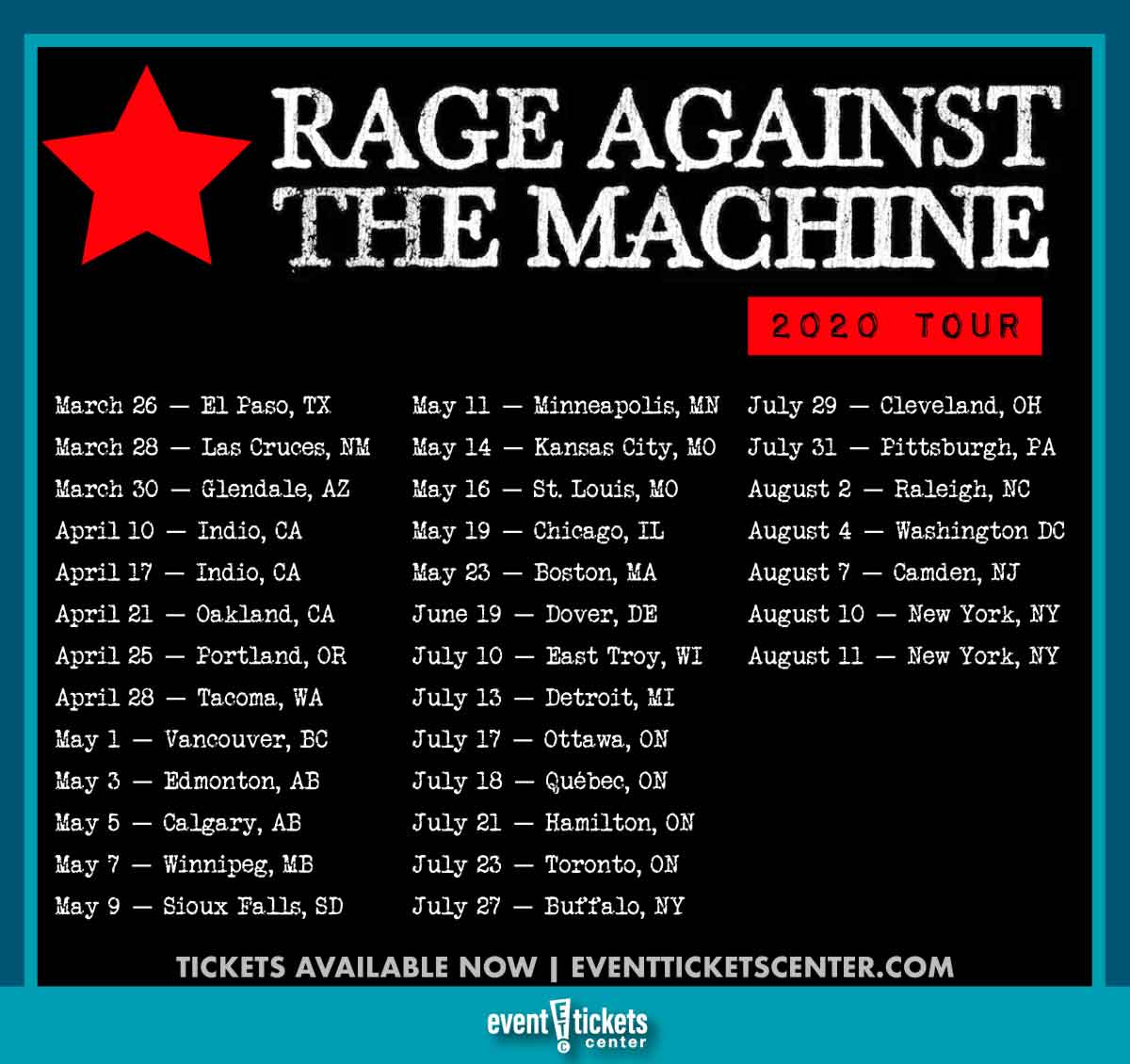