Radiohead Is Diving Into a Moon Shaped Pool This Summer

Radiohead's appearance at South America's SUE and Soundhearts Festivals clashes with this year's Rock and Roll Hall Of Fame induction ceremony, but the band will not be attending. Based on statements, the band appears to be indifferent to the honor.

They will, however, be free for the Oscars, when they'll learn if Jonny Greenwood picks up Best Original Score for his work on Paul Thomas Anderson's movie Phantom Thread

The North American shows kick off at the United Center in Chicago on July 7th, and wrap on August 1st in Philadelphia at Wells Fargo Center. After the kickoff show, they'll do three nights at Madison Square Garden in New Yorkon Jul 10, 11 & 12 before heading to Montreal and Toronto.

They conclude the tour with stops in Detroit, Columbus, Cincinnati, Pittsburgh, and two shows in Boston on Jul 28 & 29, before wrapping in Philadelphia for two shows on Jul 31 and Aug 1.

After signing to EMI in 1991, Radiohead released their debut single "Creep" in 1992. It became a worldwide hit after the release of their debut album, Pablo Honey (1993).

In 2017, they were nominated for induction into the Rock & Roll Hall of Fame, in their first year of eligibility. Radiohead has received the Best Alternative Music Album award three times at the Grammy Awards, for OK Computer in 1998, Kid A in 2001, and In Rainbows in 2009. 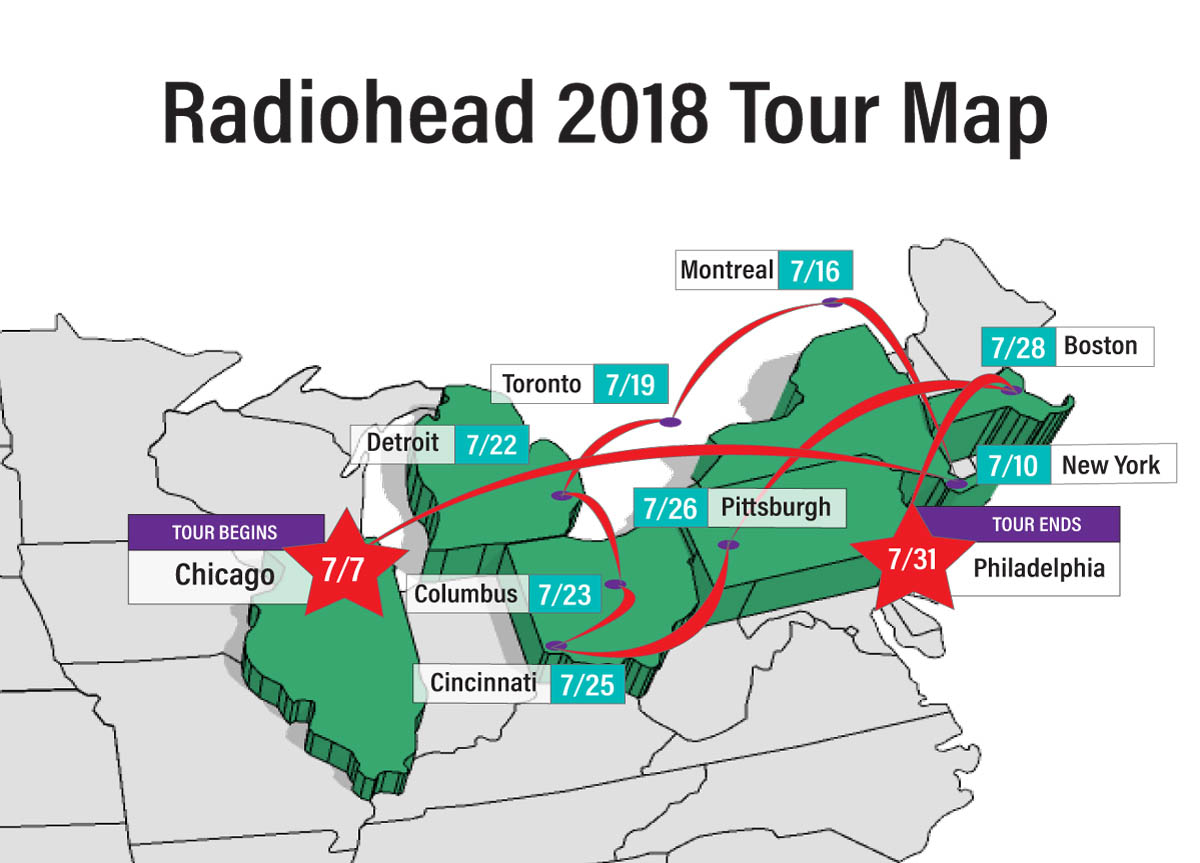 Where can I see Radiohead near me?