The second slate of dates gets underway February 4 in Omaha, NE and will travel to cities including Chicago, Philadelphia, Duluth, and Denver, wrapping up with a final show in Salt Lake City on March 21.

Swae Lee and Tyla Yaweh will continue to serve as support for the second run of dates.

Malone is set to wrap up the tour’s first leg Thursday (11/21) night in Los Angeles, CA.

The Runaway Tour marks Malone’s third outing, following Stoney tour in 2016 and the wildly successful Beerbongs and Bentleys trek, which just wrapped up this past August.

Original Article: Post Malone has revealed plans for an all-new North American tour set to hit stages across the US this fall!

The 29-date “Runaway Tour” gets underway September 14 in Tacoma, WA and will see Posty take the stage in cities coast-to-coast with stops scheduled in Portland, Detroit, New York, Miami, and Houston. A final show in Los Angeles will wrap things up November 20.

The new run of dates have been scheduled around a handful of previously announced festival appearances. The second annual Posty Fest – set for November 2 in Dallas – is included in the tour’s list of stops.

Support on tour will be provided by Swae Lee and Tyla Yaweh.

Post Malone exploded onto the music scene in 2015 with his hit debut single “White Iverson,” skyrocketing to the top of the charts and becoming one of the biggest names in hip-hop seemingly overnight. Posty’s initial success would serve as a sign of things to come as he followed up his mainstream breakthrough with a series of multi-platinum hits and the release of his wildly successful debut album Stoney (2016), which received a triple platinum certification from the RIAA. Beerbongs & Bentleys followed in 2018, breaking streaming records and debuting at number one on the Billboard 200 while also earning a nomination for Album of the Year at the 61st Grammy Awards. As of 2019, Posty has sold over 60 million records in the US alone, earning two American Music Awards, a Billboard Music Award, and an MTV VMA. He has been nominated for four Grammys and has received a Diamond certification from the RIAA for his hit single “Congratulations.” 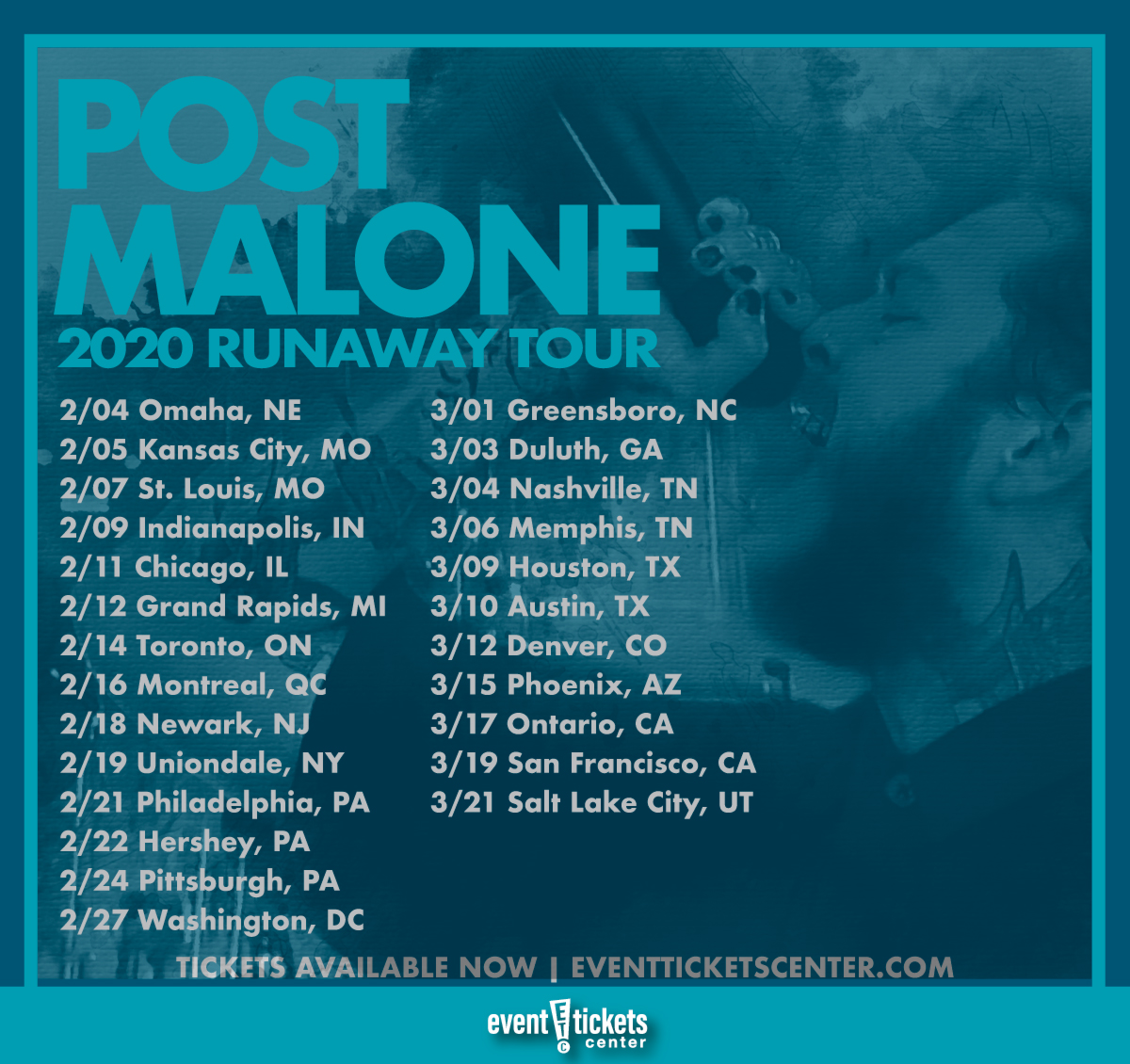