After a massive summer run, Phish are ready to hit the road once again! The band has revealed a series of seven tour dates set to kick off this November.

The string of shows gets underway with a two-night stand in Providence, RI November 29 – 30. From there, they’ll hit the stage in Uniondale, NY (for the first time since 2003!) and Pittsburgh, PA. The tour wraps up with three nights in Charleston, SC December 6 – 8.

The brief fall trek picks up just one month after their annual end-of-summer run run at Dick’s Sporting Goods Park in Commerce City, Colorado, slotted for August 30 – September 1. The three-night closing stand caps off another extensive summer tour for Phish, which included headlining shows at Bonnaroo and Boston’s Fenway Park.

Where Are Phish Playing Near Me?

Phish emerged in the mid-‘80s with a folk-rock/bluegrass sound, following a more jazz-derived style of improvisation than folk tradition. The band was formed in 1983 by guitarist Trey Anastasio, bassist Mike Gordon, drummer Jon Fishman, and guitarist Jeff Holdsworth, with keyboardist Page McConnell joining later in 1985. Since Holdsworth’s departure in 1986, the quartet lineup has remained intact. Despite a few hiatuses over the years (2000-2002, 2004-2009), the band has maintained a vast and dedicated fanbase for which they are known. Phish are also known for the extended jam sessions and blending of genres, which incorporates elements of funk, prog-rock, psychedelic rock, folk, country, jazz, blues, bluegrass, and pop. They have sold over 8 million albums and DVDs across the US and have been ranked as one of the most important and influential bands of the 1990s by Rolling Stone Magazine. 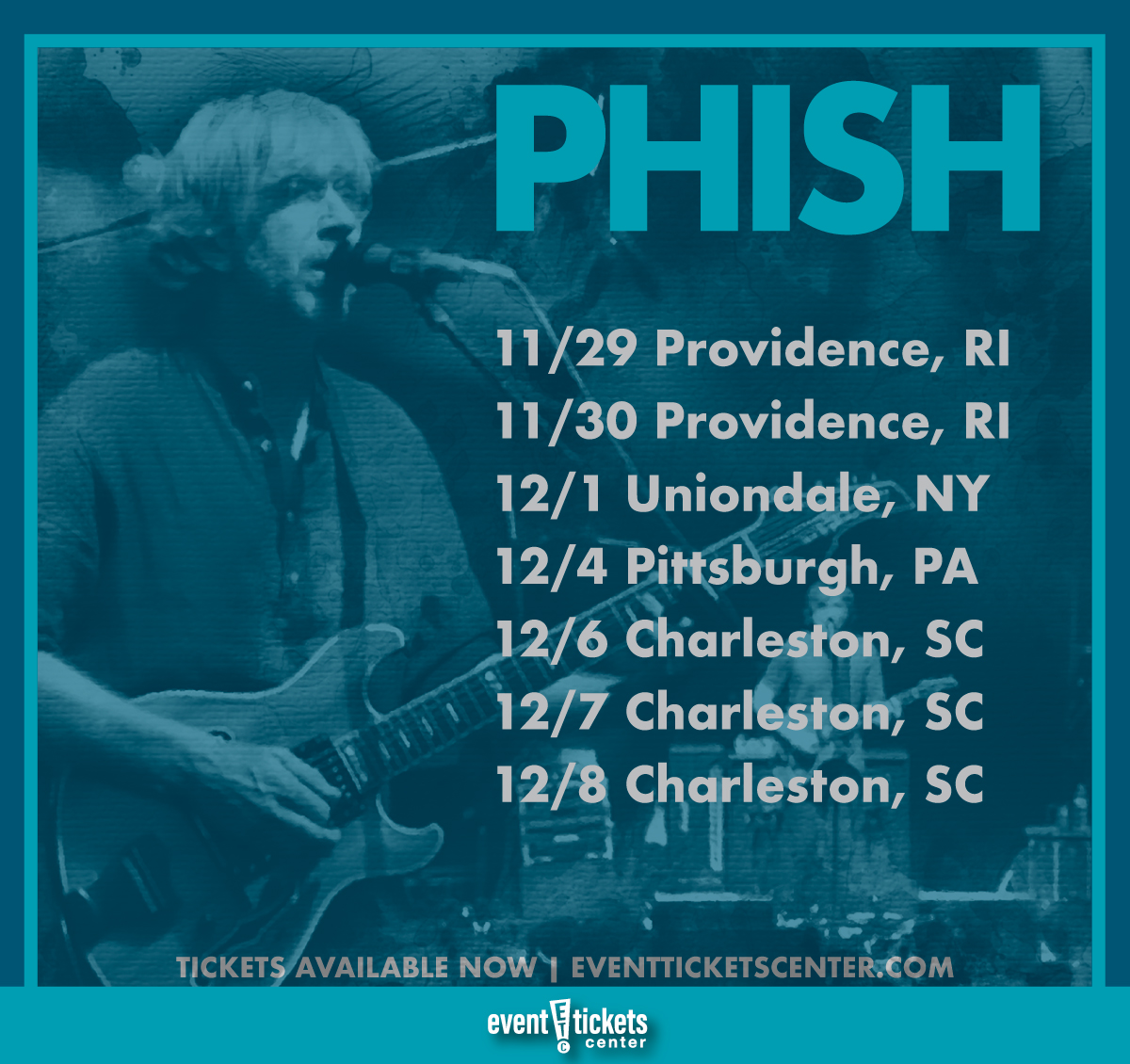