90’s kids won’t want to miss this one – Double Dare is gearing up to bring all the action (and slime!) live to fans and audiences across the country this fall!

The popular game show will bring head-scratching trivia and fun physical challenges to a slew of cities across the U.S., starting with an initial show in Fayetteville, NC on October 30. From there, the ‘messiest game show on the road’ will travel to cities like Charlotte, Chicago, Indianapolis and Newark before wrapping up the 14-date tour in Pittsburgh on November 18.

“Hosting the Double Dare Live tour couldn’t be any more exciting, and I look forward to bringing the fun and messiness of Double Dare to audiences across the country,” Summers shared recently. “Doing the show again with my sidekick Robin will fulfill childhood dreams of the generation that grew up with us and introduce this classic show to the next generation.”

A live tour after all, Double Dare Live will give audience members a chance to become contestants on the show. Don’t miss out you chance to finally get slimed and face the legendary Double Dare obstacle course!

What Is Nickelodeon’s Double Dare?

Double Dare was an American TV game show that originally ran from 1986 to 1993 on Nickelodeon. The show featured two teams going head-to-head to win cash and prizes by answering trivia questions and completing physical challenges on an obstacle course. The show was brought back for a brief revival in 2000 and was not aired again until a second revival in June 2018. Double Dare remains Nickelodeon’s longest-running game show, and in 2001, it was ranked as one of the 50 Greatest Game Shows by TV Guide. 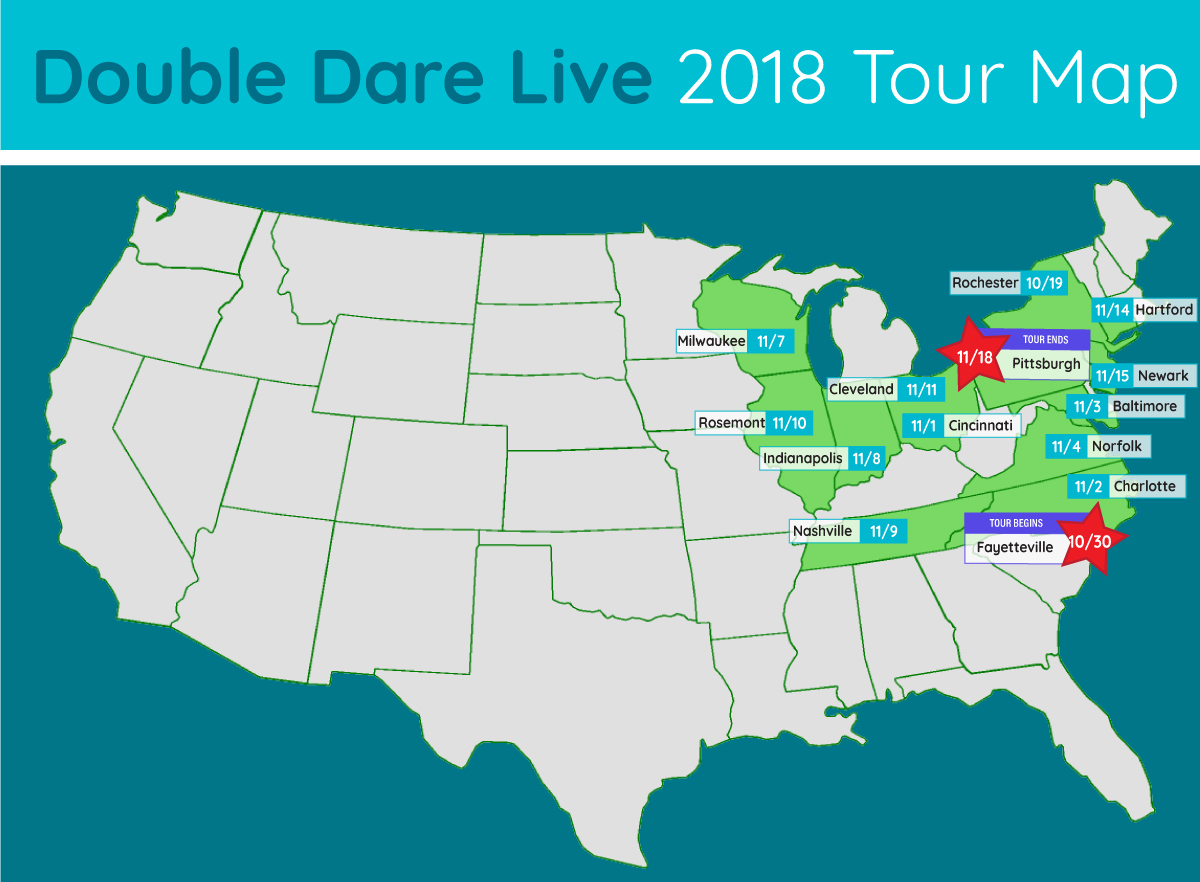 Where can I see Double Dare - Live on stage near me?