Update 6/24/2019: Mumford and Sons have added several new dates to their “Delta” World Tour, set to bring the rockers to stages across North America through the fall!

The folk-rock quartet will kick things off August 3 in Los Angeles before setting out to hit cities including Portland, Englewood (for three nights!), Phoenix, and Oklahoma City, wrapping up with a headlining set at the Austin City Limits festival on October 13.

Portugal, The Man, Lord Huron, Tennis, and The Milk Carton Kids are expected to join as support on select dates.

Scroll below to see a full list of added stops!

Original Article:Coming on the heels of the release of their latest single, “Guiding Light,” critically-acclaimed British folk alt-rock group Mumford & Sons have spilled the details of a massive world arena tour! The groundbreaking trek will span 60 dates and is set to run from next month well into 2019, with an entire month dedicated solely to North America!

The tour will make its debut in the U.S. on December 7 with a performance in Philadelphia. After a few more shows in Boston, New York, and Washington D.C., Mumford & Sons will kick off the new year overseas. They plan to cross back over to the states and touch down in Albany on March 2. From there, the group will hit cities like Atlanta, Nashville, Detroit, and Chicago before wrapping the U.S. leg on March 31 in Milwaukee.

The tour will be in support of Mumford & Sons’ fourth studio album, Delta, which is slated for release on November 16. Guitarist, vocalist and banjoist Winston Marshall said of the new record:

“On this record it’s felt like there have been no boundaries creatively,” front man Marcus Mumford added.

Fans can expect an unforgettable performance by one of the most talented groups of their genre on a “groundbreaking stage right across the middle of the room.” You won’t want to skip out on Mumford & Sons’ most ambitious and far reaching tour to date!

Who Are Mumford & Sons?

The band's name originates from the fact that Marcus Mumford was the most visible member at the time, organizing their performances at local venues. "I think we liked the idea of setting it up as a family business," said Mumford in an interview, "although now it's much more collaborative in the way the songs were written. Some people find it confusing that it's my last name in the title of the band, but we just felt comfortable with the name sort of representing a business, something earned and shared between the four of us rather than just one guy with a name on the door."

Lovett is the founder of the successful independent label Communion records, signing many of the group's friends. In an interview, Ben was depicted as the grown-up in the band. He apparently gets up at nine in the morning to do four hours of emails, which is unheard of on the road.

Mumford & Sons produced their debut album Sigh No More during a time where they did not even own their own instruments. Released in 2009, the album topped the charts in Ireland, Australia and New Zealand, and peaked at number 2 on the UK Album Chart and the Billboard 200 in the US. It would go on to sell over 1 million copies in both the UK and US, win a Brit Award in 2011 for Best British Album, and spawn massive hit singles “Little Lion Man” and “The Cave,” which catapulted the album to fame after a performance of the song at the 2011 Grammy Awards.

Expanding on their newfound prominence, Mumford & Sons continued their rise with Babel (2012) and Wilder Mind (2015), both of which debuted at number one in the US and UK. Babel became the fastest-selling rock album of the decade.

The band has won several music awards throughout their career, with Sigh No More earning a Mercury Prize nomination and six overall Grammy Award nominations. The group was selected for eight Grammy Awards for Babel, winning the Grammy for Album of the Year. Mumford & Sons also won the Brit Award for Best British Group in 2013.

Marcus Mumford is renowned for his waistcoat, hoedown clothing style. "I started wearing the waistcoat because I was insecure about my weight," he explained in an interview. "I could hide behind them slightly." Although we think that’s a bunch of malarkey, there’s one thing he absolutely doesn’t have to be insecure about: the ability to produce and perform amazing music. 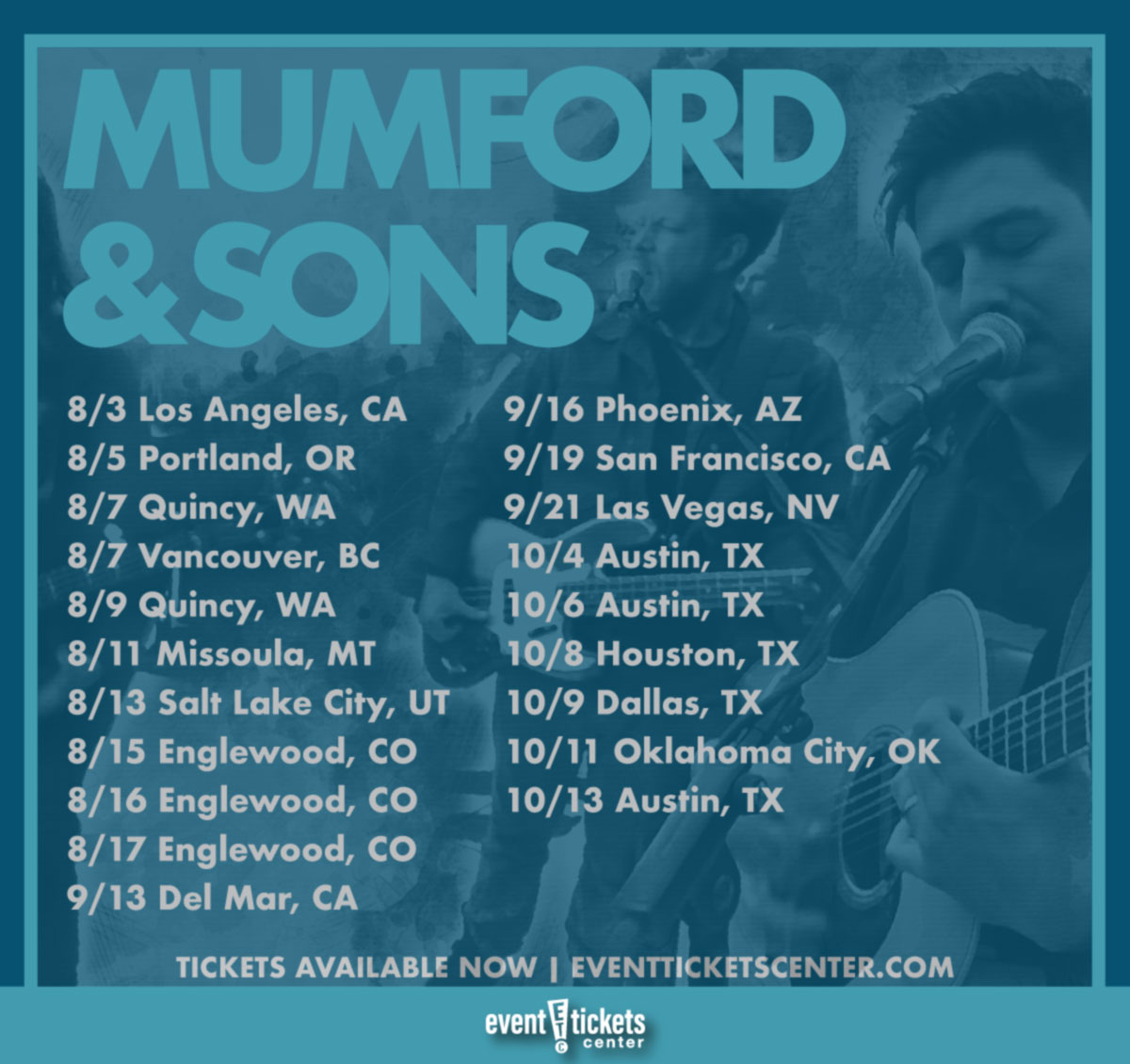