The new slate of dates kicks off March 17 in Jacksonville, FL and will see Bublé hit the stage in cities including Boston, Milwaukee, Austin, and San Francisco. A final show in Allentown, PA will wrap up the US leg before the singer heads north of the border for two final performances.

It’s been a week full of exciting news for Bublé fans, as Warner Records/Reprise Records released a brand-new rendition of “White Christmas” on November 4. Bublé’s mega-hit holiday album Christmas has been a number one staple since its release in 2011, accumulating over one billion streams last year alone. The record has become the most successful holiday album of the decade.

Check out a full list of 2020 dates and stops below!

Who is Michael Bublé?

Michael Bublé took the music world by storm, stepping onto the scene with his charming disposition and silky smooth vocals in the early 2000s. Bublé breathed new life into genres that had all but fallen to the wayside in the wake of ‘90s boy bands and the rise of electro-pop, boasting a sound that earned him comparisons to the likes of Frank Sinatra, Tony Bennett, and Harry Connick, Jr. At just 26 years old, he was believably selling old-school jazz standards, swing, and adult contemporary pop tunes. Bublé’s self-titled breakthrough album arrived in 2003, becoming a worldwide commercial success and topping several charts around the globe. The album earned a multi-platinum certification, serving as a sign of things to come for the young crooner, who would continue to release one chart-topping album after another over the course of the next decade.

After years on non-stop recording, touring, and award-winning success, the singer announced he’d be taking a step back from the spotlight for some time after learning his son had been diagnosed with cancer. He broke his silence two years later in 2018, announcing his tenth studio album, Love, which debuted at number 2 on the Billboard 200 and became his eighth top 10 album. Bublé remains a top-talent and one of the biggest names in the music industry despite a two-year long hiatus. For many fans, his voice and music have become synonymous with Christmas time and holiday tradition. Bublé has earned four Grammy Awards, 13 Juno Awards, and sold over 75 million albums worldwide over the course of his wildly successful career. 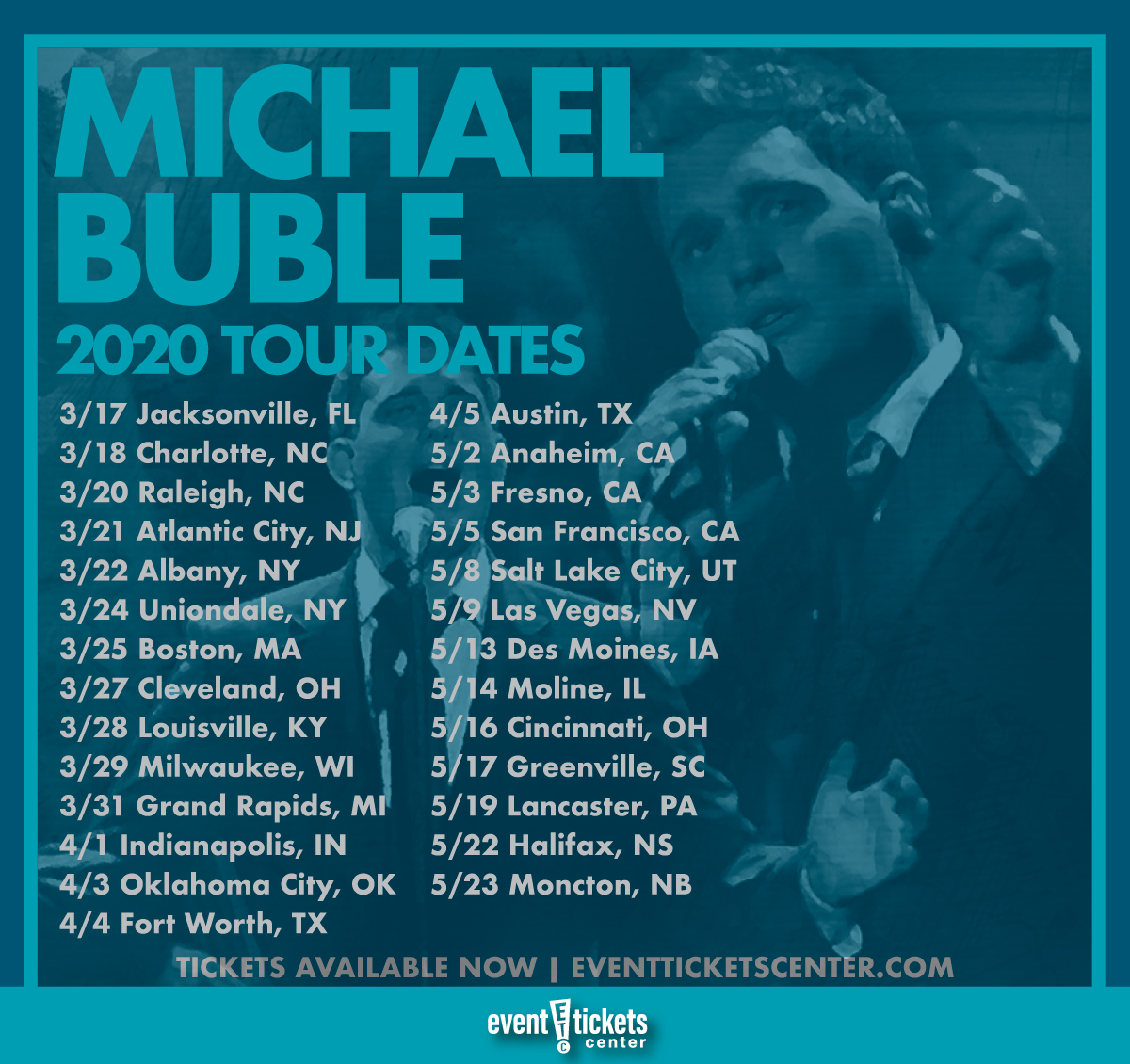