As a follow-up to last summer’s 25-date sold out stadium tour, Metallica has announced a return to North America this fall and winter. The “in-the-round” stage production, which was previously only seen in Europe, will feature visits to 34 cities that it did not hit in 2017 and some that they haven’t visited in decades.

The tour, in support of the heavy metal legends' latest LP, Hardwired… to Self-Destruct, kicks off in Madison, WI on Sep 2 at the Kohl Center and wraps in Van Andel Arena in Grand Rapids, MI on Mar 13, 2019.

Metallica is changing things up for this tour as each show will kick off with the “Light It Up” pre-show party hosted by Jim Breuer, a long-time friend of the band.  Jim hits the stage before the band with comedy, fan interaction, giveaways and more.

Metallica is an American heavy metal band from Los Angeles, CA. The band was formed in 1981 by drummer Lars Ulrich and vocalist/guitarist James Hetfield. The band's fast tempos, instrumentals, and aggressive style have made them one of the pioneering "big four" bands of thrash metal, along with Megadeth, Anthrax, and Slayer.

Metallica has released ten studio albums, four live albums, a cover album, five extended plays, 37 singles and 39 music videos. The band has won nine Grammy Awards from 23 nominations, and its last six studio albums have consecutively debuted at number one on the Billboard 200.

Rolling Stone ranked them at No. 61 on its 100 Greatest Artists of All Time list.

Metallica continues to raise funds for their “All Within My Hands Foundation,” which supports a cross-section of national, local and Bay Area charities, music education programs and local food banks. 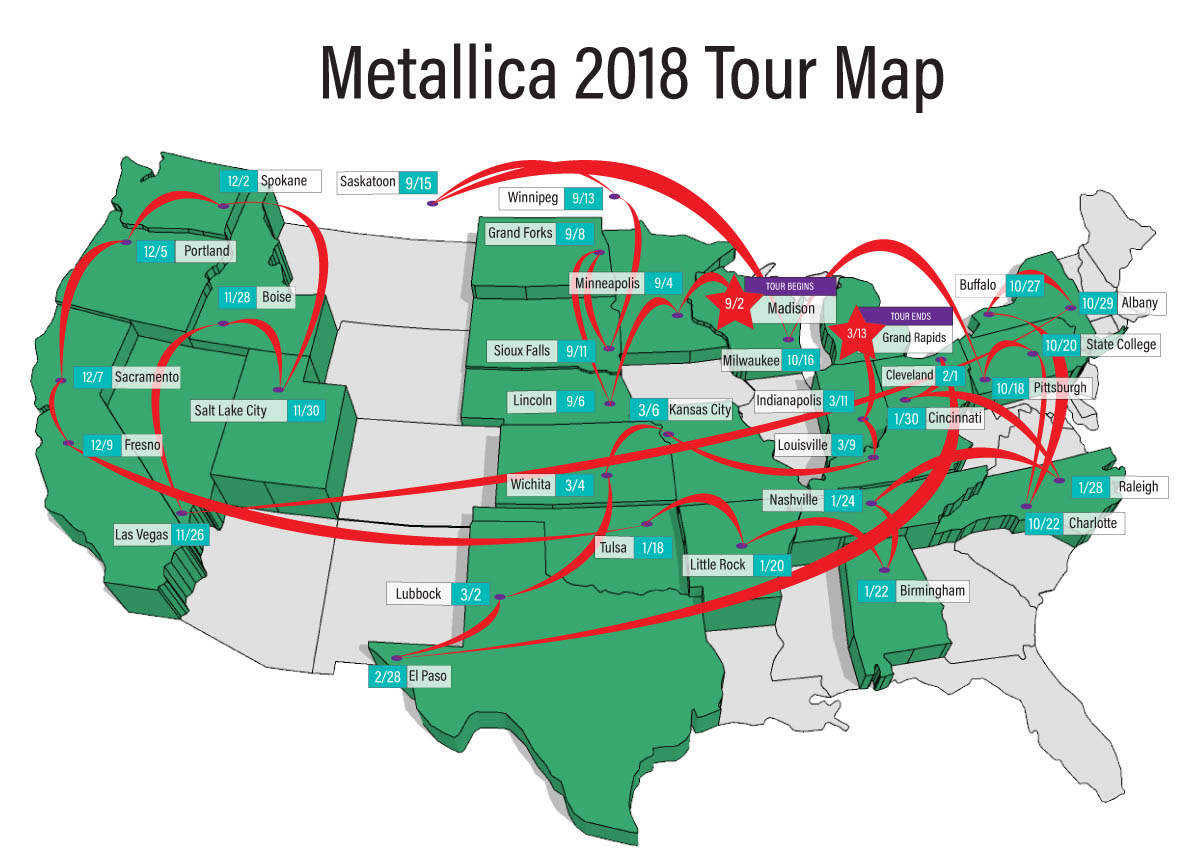 Where is Metallica playing near me?