Maroon 5 have revealed plans for a massive North American trek, bringing the Grammy-winning rockers to stages across the US next summer!

The 41-date tour gets underway May 30 in Chula Vista, CA and will go on to make stops in cities coast-to-coast, including Austin, Oklahoma City, Boston, and Charlotte before wrapping up with a final performance in Tampa on September 17.

The band will receive support from fellow Grammy-winning artists Leon Bridges on all stadium dates, and Meghan Trainor on all dates.

News of the upcoming trek comes after the release of Maroon 5’s latest single “Memories,” which dropped this past September.

Where are Maroon 5 playing near me?

Pop rock group Maroon 5 stepped onto the scene in the early 1990s, hailing from Los Angeles, CA. The band originally formed under the name Kara’s Flowers, self -releasing their independent album We Like Digging? before scoring a record deal and releasing their studio debut The Fourth World in 1997. Unfortunately, the album was a flop, leading to the band losing their deal and going their separate ways. They re-emerged a few years later as Maroon 5 in 2001, pursuing an entirely different musical direction, releasing their debut album Songs About Jane in 2002. The album was a commercial success, peaking at number six on the Billboard 200 on the strength of is hit lead single “Harder to Breathe,” eventually earning a platinum certification and Grammy Award. Songs About Jane would serve as a sign of things to come for the band, who would go on to release chart-topping album after chart-topping album over the course of the next decade, including It Won’t Be Soon Before Long (2007), Hands All Over (2010), Overexposed (2012), V (2014), and Red Pill Blues (2017). Maroon 5 currently consists of seven band members, including founding members Adam Levine, Jesse Carmichael, and Mickey Madden. They have sold over 120 million records worldwide, making them one of the best-selling music artists in the world. 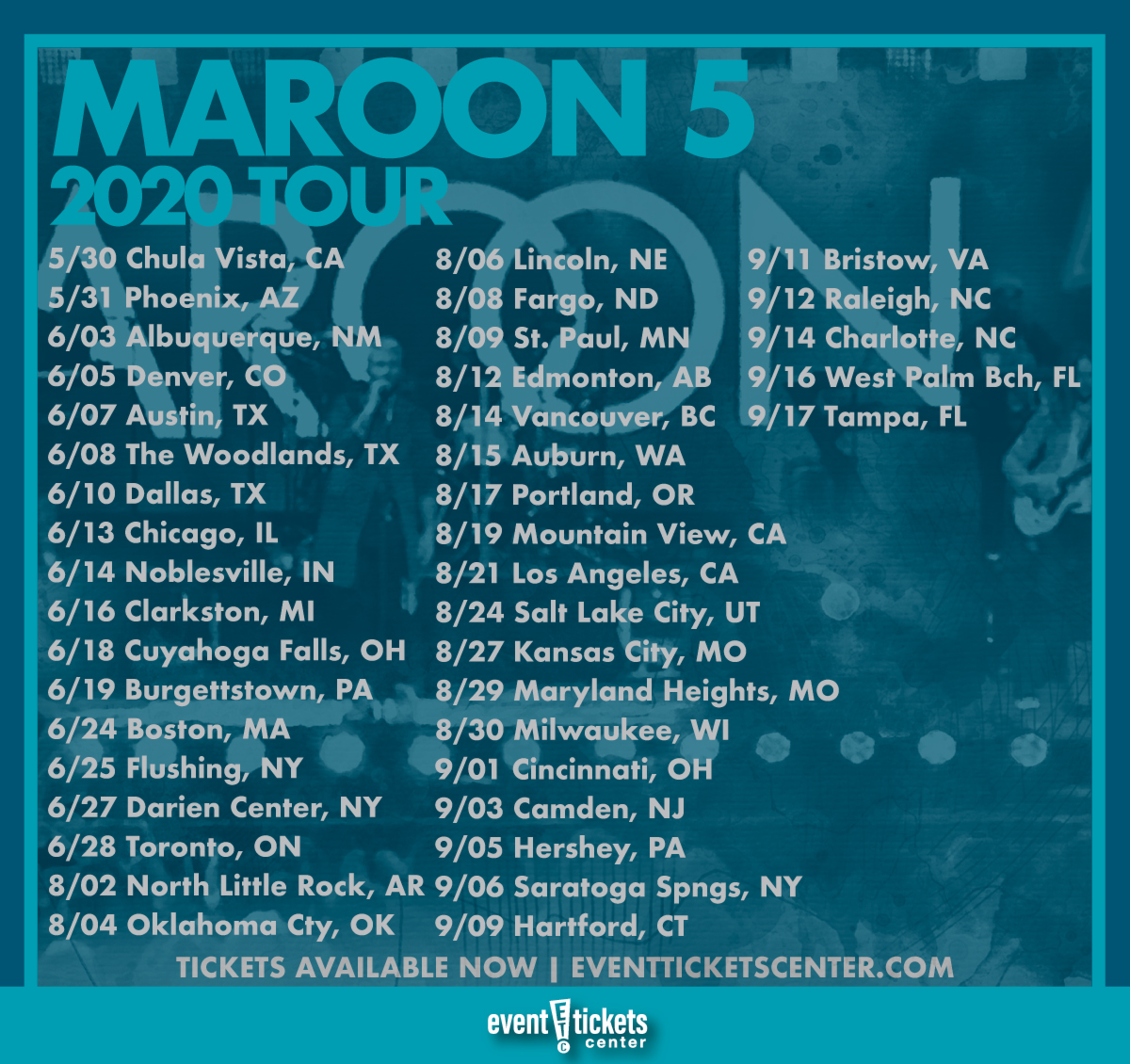