The party isn’t over yet! Luke Combs has added five new dates to his extensive “Beer Never Broke My Heart” North American tour!

New dates include a second show at Nashville's Bridgestone Arena on Dec. 12 and will also see the country star hit the stage in Los Angeles, San Diego, San Antonio, and Louisville!

Combs’ “Beer Never Broke My Heart” jaunt initially kicked off in late January and has toured several cities coast-to-coast in the months since. This latest announcement marks the second round of extended dates the singer has added to the tour’s massive list of stops.

Support for the remainder of the trek will be provided by Cody Johnson and Ray Fulcher on select dates, as well as The Cadillac Three, Morgan Wallen, Jameson Rodgers, and Flatland Cavalry.

Where is Luke Combs playing near me?

Who is Luke Combs?

Country music’s Luke Combs emerged in 2014, blending a love of classic country and southern soul to create a unique sound that set him apart from his peers. Combs skyrocketed to the top of the charts releasing his debut album This One’s For You in 2017. The album spawned several smash hit singles, including “Hurricane,” “When It Rains it Pours,” “One Number Away,” “She Got the Best of Me,” and “Beautiful Crazy,” each of which reached the number one position on Billboard’s Country Airplay Chart. The country crooner became the first artist to have five number ones on the chart with his first five single releases. This One’s For You went on to earn a 2x platinum certification from the RIAA. Combs has become one of Nashville’s biggest stars seemingly overnight, cementing his status with a win of the County Music Associations Best New Artist ward in 2018. 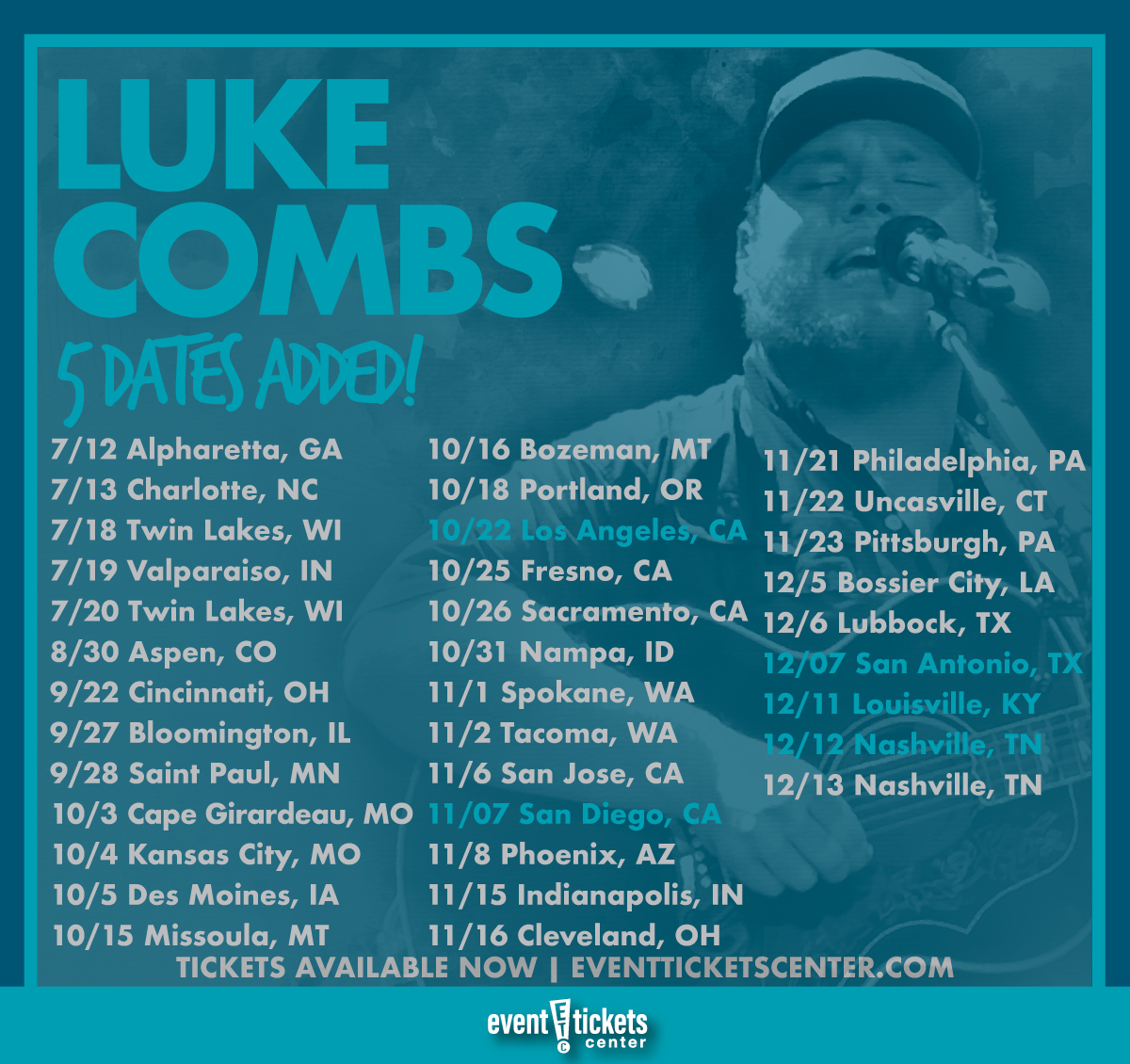