Update 3/26/2020: Little Big Town have shared a handful of rescheduled dates for their Nightfall Tour, with dates now stretching through fall 2020 and early 2021. Check out a full list of updated dates and stops below.

Where are Little Big Town playing near me?

Original Article: Little Big Town are coming to a stage near you! The country rockers have revealed plans for an all-new tour that will see them hit stages across the US in 2020!

The 34-date “Nightfall Tour” gets underway January 16 with a show at New York City’s historic Carnegie Hall. From there, they’ll travel coast-to-coast, hitting cities including St. Louis, Tampa, Seattle, and Los Angeles before wrapping up with a pair of shows May 1 and 2 at the Paramount Theatre in Denver, CO.

The upcoming run of shows will be in support of their highly anticipated fourth album Nightfall, due for release on January 17.

Who are Little Big Town?

Country group Little Big Town was founded in 1998 by members Karen Fairchild, Kimberly Schlapman, Phillip Sweet, and Jimi Westbrook. The band released their self-titled debut album in 2002, producing two minor country hits before breaking through into the mainstream with their follow up album The Road to Here in 2005. The album housed the massive hit single “Boondocks,” propelling Little Big Town to the top of the charts and cementing their status as platinum-selling country stars. The quartet never looked back, continuously scoring Top Ten albums on the pop charts scoring number one singles with hits like “Pontoon,” “Better Man,” and “Girl Crush.” Little Big Town is known for the distinct musical style, relying heavily on four-part vocal harmonies. They have released a total of nine studio albums since first stepping onto the scene over two decades ago. 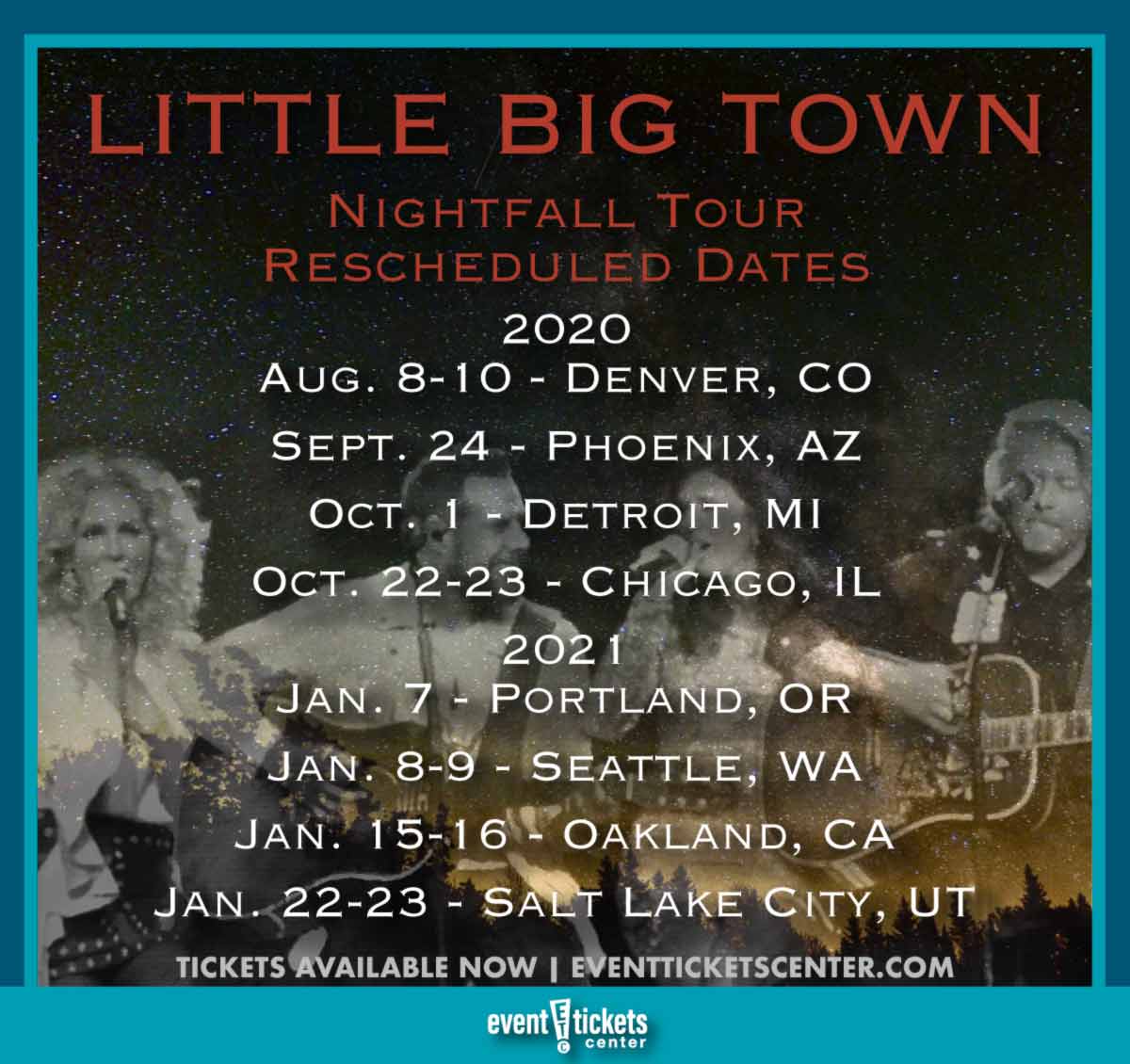