The 15-date U.S. tour launches in Bangor, ME on Aug 3 and will hit stops in Auburn, Chicago and Tampa among others. It will wrap with a performance at the Coral Sky Amphitheatre in West Palm Beach on Oct 13.

Country singers Brantley Gilbert and Wheeler Walker, Jr. will serve as support for most of the dates, with country music band A Thousand Horses opening the first two shows of the tour.

Rock recently wrapped up his American Rock ‘n Roll Tour, named after his latest single. Originally dubbed “The Greatest Show on Earth,” the singer had to change the tour name mid-journey after the Ringling Brothers and Barnum & Bailey Circus filed a copyright lawsuit against it.

Taste of Country complimented the series of shows as “one of Kid Rock’s best tours to date and perhaps one of the best live shows in music today,” exemplifying his exciting talent both as an artist and a high-energy performer.

Fans can expect Rock to play old favorites and songs off his latest blockbuster album, Sweet Southern Sugar, which has spent 13 weeks on the Top 10 of the Country Album Sales Chart.

Who is Kid Rock?

Kid Rock kickstarted his professional music career as a self-taught rapper and DJ in 1990, and would become known for uniquely blending rock, hip hop and country in his music. His song “Cowboy” has been credited as being vital to the development of country rap. With a career spanning over 20 years, Kid Rock has developed a signature sound as a self-taught instrumentalist who has overseen the production of nine of his eleven studio albums. He was recently inducted into the WWE Hall of Fame Celebrity Wing in New Orleans during WrestleMania 34 Week. 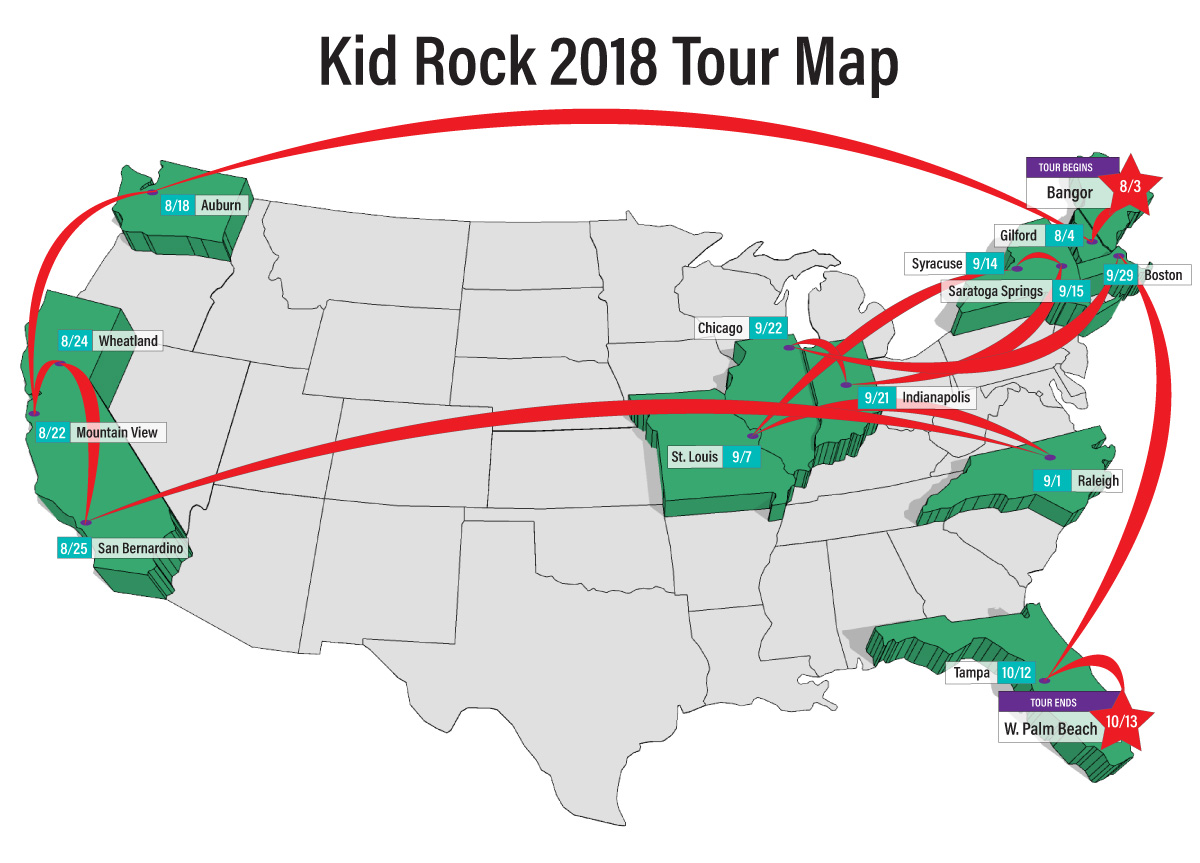 Where is Kid Rock playing near me?