Check out a full list of added stops below and see if your city made the cut!

Original Article: Kenny Chesney has announced plans for a massive stadium tour set to kick off next spring, and he’s bringing along some very special friends for the ride!

The 20-date “Chillaxification Tour” gets underway April 18 in Arlington, TX, and will see Chesney hit the stage in cities including Tampa, San Antonio, Nashville, and Denver before wrapping up August 28 in Foxborough, MA.

Florida Georgia Line, Old Dominion, and Michael Franti & Spearhead are set to join the “Get Along” singer as supporting acts on the trek.

Chesney had changed up his touring style for 2019, hitting somewhat smaller venues in markets his tours haven’t normally visited in the past. The new year will see him returning to massive stadiums, with more dates still to be announced.

“I love playing for No Shoes Nation anytime, anywhere,” Chesney shared, “but these stadium shows are always something so powerful, I can’t tell you how much anticipation goes into each one. Not to mention, we’re always wanting to top what’s come before — and I think this lineup might just pack the most fun of them all.”

Check out a full list of dates and cities below and be sure to check back here for all the updates as they roll in!

Where is Kenny Chesney playing near me?

Who is Kenny Chesney?

Country superstar Kenny Chesney first stepped into the spotlight in the early 1990s, releasing his full-length debut album In My Wildest Dreams in 1993. It would be a few more years before Chesney would break into the charts, finally landing a pair of Top Ten hits off his second album All I Need to Know in 1995. The success of his second album would serve as a sign of things to come for the young singer, who would remain a constant at the top of the charts with subsequent releases over the course of his wildly successful career. Chesney has recorded a total of 20 albums to date, each of which have been certified gold or higher by the RIAA. He has produced over 40 Top Ten singles on the Billboard Hot Country Songs and Country Airplay charts, 30 of which have reached the number one spot and several of which have charted within the Top 40 of the Billboard Hot 100, making him one of the most successful crossover country artists of all time. Among his many accomplishments, Chesney has also been the recipient of four consecutive CMA Awards for Entertainer of the Year – the most prestigious award for country performers everywhere. 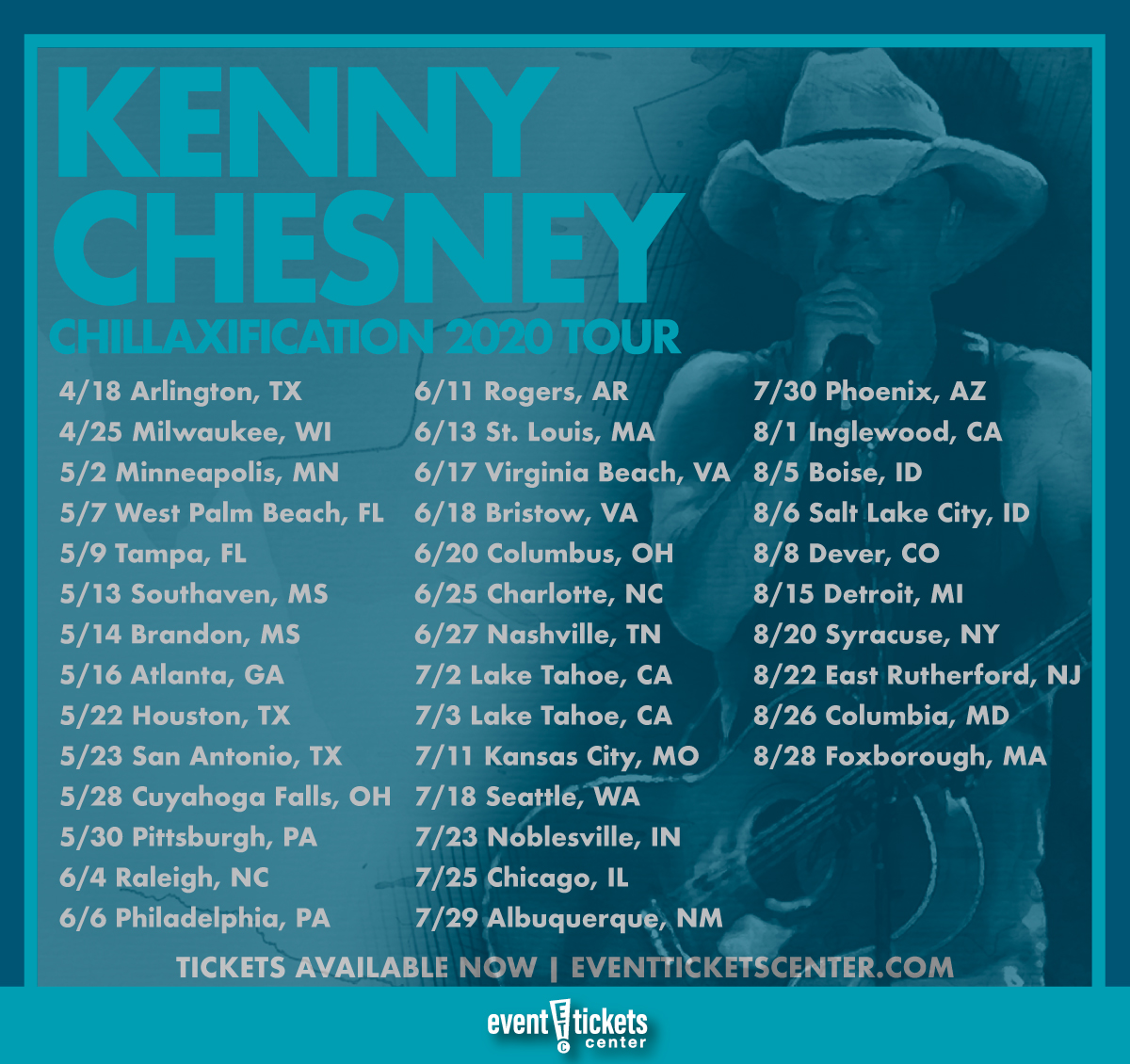