UPDATE 11/21/2018: This just in! Kenny Chesney has pulled the curtains on the dates for his highly anticipated “Songs For The Saints Tour” and even added a couple of new cities! The endeavor is currently slated to span across 17 cities, although Chesney is expected to reveal more. He’s kicking things off next year in Louisville’s KFC Yum! Center on April 4 and will run through May 25 with a performance at the Tuscaloosa Amphitheater. Other cities include Charleston, Washington, D.C., Oklahoma City, and Columbia.

Here’s the tour schedule below. Did your city make the cut? Stay tuned to Event Tickets Center as more dates get added to the trek! 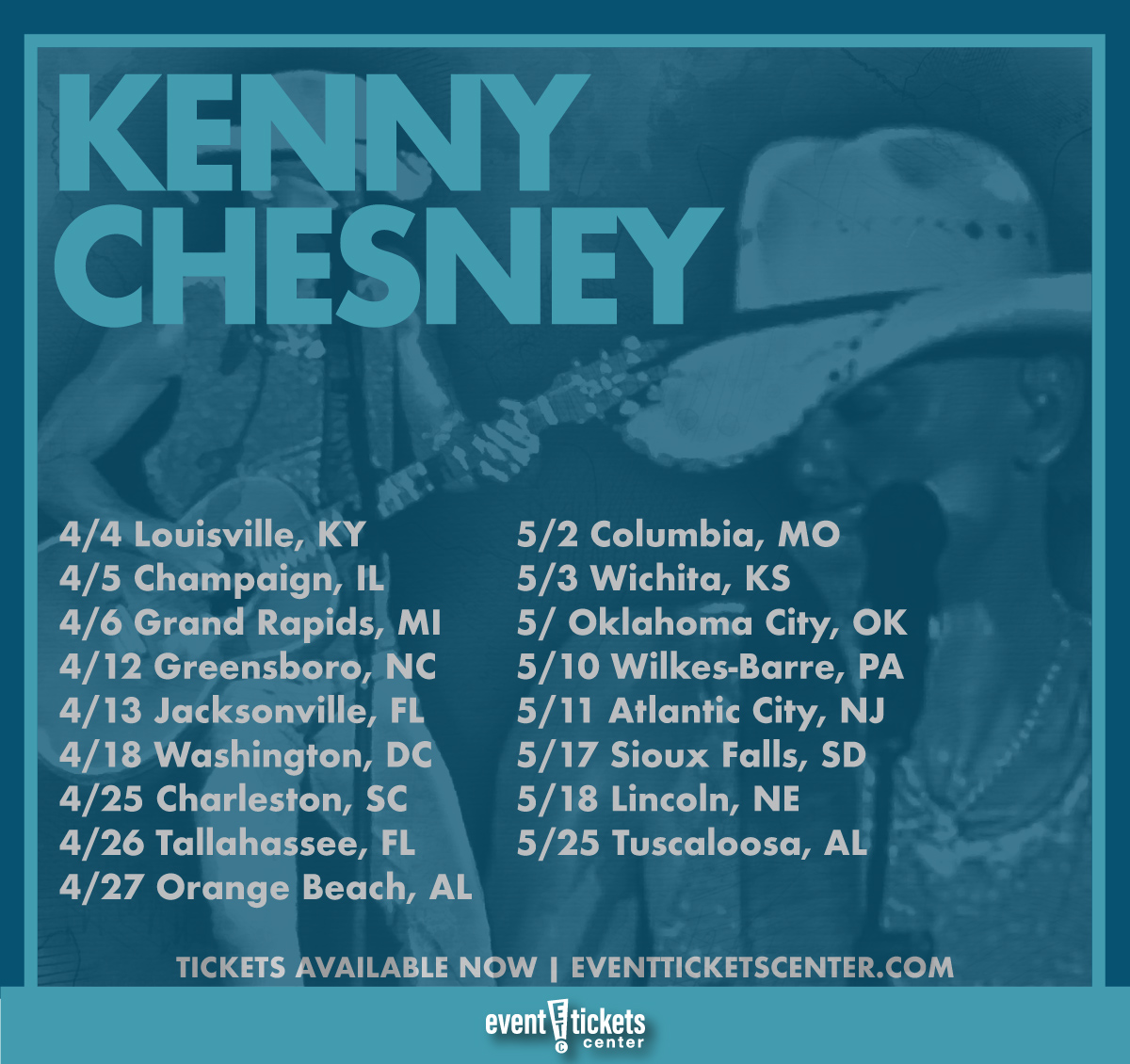 Country superstar Kenny Chesney is gearing up to hit the road for his all new “Songs for the Saints Tour,” set to kick off in 2019!

“Songs for the Saints” gets underway with a show at the State Farm Center in Champaign, Illinois before hitting a handful of cities across the US including Washington DC, Tallahassee, Wichita, and Atlantic City. The 11-date trek currently ends in Tuscaloosa, Alabama, but more stops are said to be announced soon!

Although Chesney’s revealed the initial 11 cities for the upcoming run, he has not yet announced any dates.

The “Summertime” crooner shared he’s looking forward to giving fans a different concert experience this go-around, one that will also be a change for him.

“I wanted to change it up,” Chesney said. “Last year was so intense, and amazing. No Shoes Nation took it to a whole other level, and they blew all of us away. It was the kind of energy you don’t take for granted. So, when we started thinking about next year, they made me wanna come to them. Rather than the massive two-day set-up, make everyone come to a stadium away from their homes, I wanted to go to where the fans live ... strip things back a bit, and make it a little more intimate.”

The “Songs for the Saints Tour” will be in support of his latest album of the same name, which hit shelves in late July.

Be sure to check back here for date announcements and additional cities as the info rolls in!

Who Is Kenny Chesney?

Kenny Chesney had grown up on country and rock & roll but didn’t get serious about his passion for music until college, when he was gifted with a guitar and began to play with a bluegrass band. It didn’t take long for him to start writing his own original material, playing for tips at local venues every night he could. Following his graduation in 1991, he headed straight for Nashville, going on to release his debut album In My Wildest Dreams two years later. Unlike many of his peers, Chesney didn’t enjoy immediate breakout success after signing with a major label. Over time he worked hard to build up a significant and loyal following, promoting his likeable “Average Joe” persona and releasing pop-friendly ballads.

In the years since his humble beginnings, Chesney has come to be known as one of the most prominent artists in contemporary country. He has recorded 20 albums, 14 of which have earned a gold certification from the RIAA and selling 30 million units worldwide. Chesney has produced more than 40 Top Ten singles on the Billboard Hot Country Songs and Country Airplay charts, with 29 of them reaching the number one spot and several of them charting within the Top 40 on the Billboard Hot 100, making him one of the most successful crossover country artists in history.

Chesney is considered one of the most popular touring acts in the US, regularly selling out stadiums and arenas across the country. He has earned six Academy of Country Music Awards (including four consecutive wins for Entertainer of the Year) and six CMAs. He is known for his philanthropic efforts, and in 2017 came to the aid of the US and British Virgin Islands in the wake of Hurricane Irma, providing shelter for victims in his home on St. John, setting up a charitable fund (Love for Love City), and donating all proceeds from his 2018 album Songs for the Saints to the fund.

Where is Kenny Chesney playing near me?