SuperM have announced the all-new “We Are the Future” tour, set to bring the K-pop sensations to stages across the US later this year and into early 2020!

The boys will kick things off November 11 with a show in Fort Worth, TX before setting out to hit cities including Chicago, Atlanta, New York, and Los Angeles. A final show in Seattle, WA will wrap things up before they head north of the border for the last performance of the tour in Vancouver, BC on February 6.

The seven-member boy band – made up of members from wildly popular K-pop groups SHINee, EXO, NCT 127, and WayV – announced plans for the North American arena tour even before releasing their debut album. The album is said to be dropping sometime later this month and follows the release of their self-titled EP which arrived in late August.

Where is SuperM playing near me?

Nicknamed the “Avengers of K-pop,” SuperM is a K-pop supergroup made up of members from five of the genre’s most popular bands - SHINee, EXO, NCT 127, and WayV. The group was formed in 2019 by SM Entertainment. The “M” in SuperM stands for both Matrix and Master – a nod to the fact that each member had already been an established star in their own bands before joining forces. The group focuses more on performance-based music. Their self-titled EP arrived in August 2019, with the debut full-length album said to be dropping sometime in October 2019. 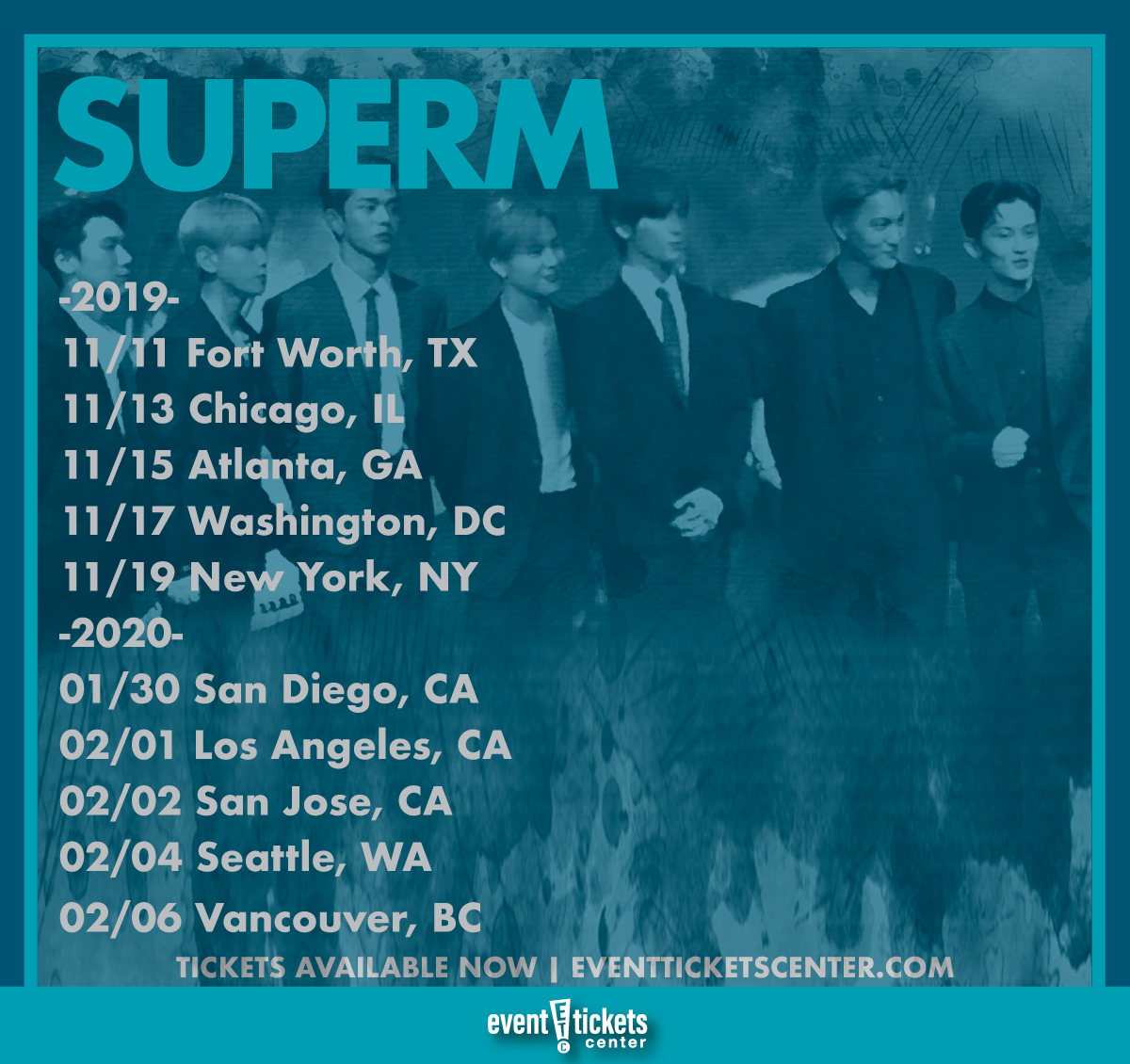