"I can't wait to get back on the road and play old and new songs for my fans," Groban says. "It's the thing I most look forward to. Creating a show each tour that gives everyone there, including me, an experience they want to hold onto."

"So excited to join my friend, the supremely talented Josh Groban on tour. We've done some great things together in the past but this will top them all," Menzel says. "And most importantly, can't wait to reunite with friends and fans everywhere!"

Who is Josh Groban?

Groban is in New York filming the new Netflix series, The Good Cop, while also wrapping up his eighth studio album to be released later this year. On Valentine's Day, Groban released his new song “Symphony,” from the forthcoming album of the same name.

Groban earned a Tony Award nomination for his Broadway debut Pierre in Natasha, Pierre & The Great Comet of 1812.

Who is Idina Menzel?

Menzel, who won a Tony for her performance as Elphaba in Wicked, last appeared on Broadway in If/Then. The Frozen star will return to the New York stage this spring in a production of Joshua Harmon's Skintight Off-Broadway. 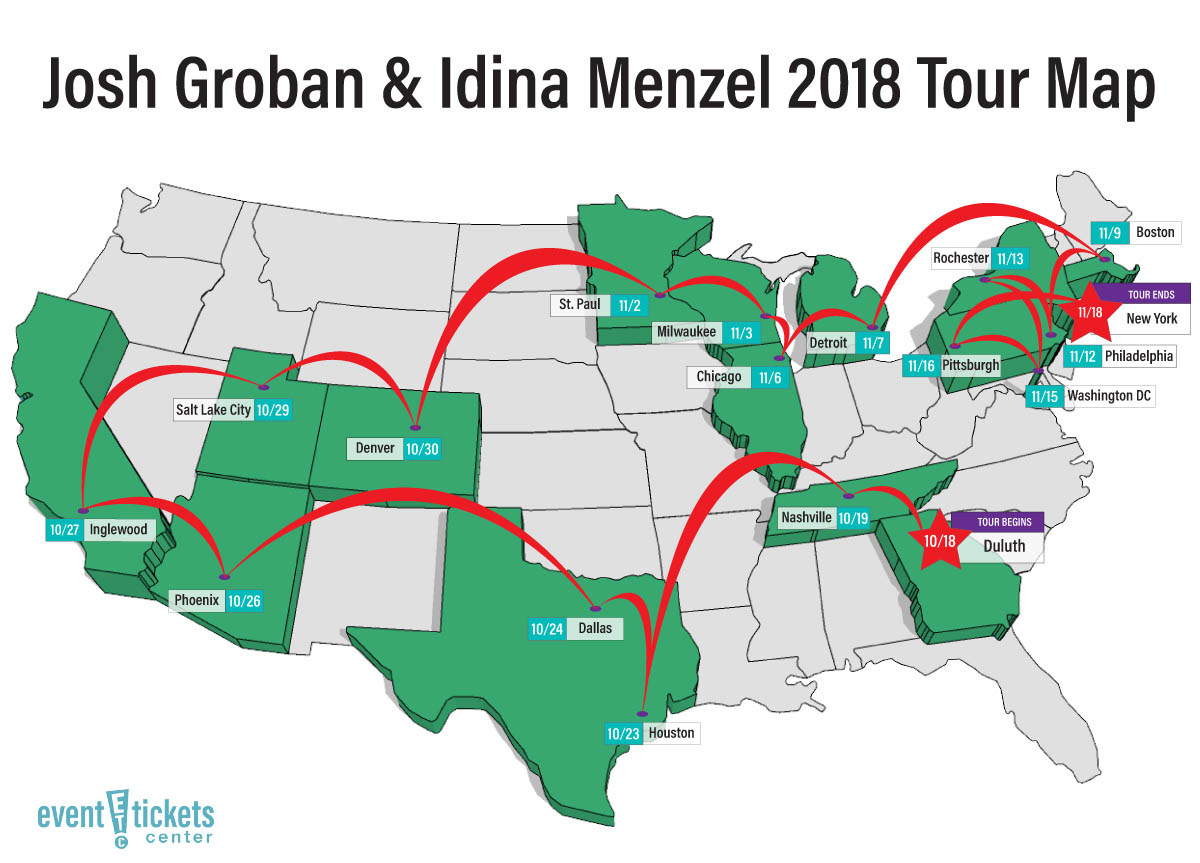 Where can I see Josh Groban and Idina Menzel near me?