Pop sensation Jesse McCartney had plenty of good news to share with fans this week, releasing an all-new single and announcing plans for a 2019 headlining tour!

“The Resolution Tour” is set to kick off January 11 in Dallas, TX before taking the singer to a slew of cities across the US. Stops will include performances in Nashville, New York City, Baltimore, Chicago, and Phoenix. A final show in Seattle, WA will wrap up the 22-date trek on February 13.

News of the upcoming tour was accompanied by the release of McCartney’s latest single, “Wasted,” his first track released since “Better With You,” the lead single off his upcoming album and first song to be released in nearly four years. “Wasted” reveals a much more mature side to the singer, set to a multi-layered tropical beat.

"It's nice to be able to talk about things that the fans are also going through," he said in a recent interview. "I think they feel connected to me because we did basically grow up together. When I was 16, they were in high school with braces on just like me, and now here we are; they're playing my song at their wedding."

Who Is Jesse McCartney?

Pop singer Jesse McCartney exploded onto the music scene as a child performing phenomenon in the late 1990s. He was singing on Broadway and landed a role on All My Children before joining boy band Dream Street at the age of 12. Dream Street scored a platinum album before the group disbanded with McCartney spinning off into a solo career. He skyrocketed into stardom with the release of his debut album Beautiful Soul in 2004. The lead-single and title track reached the number 16 spot on the Billboard Hot 100, and the album achieved over 1 million sales in the US alone. In the years since, McCartney has released four additional albums and enjoyed a successful career as a film and television actor. He is known for lending his voice as Theodore in Alvin and the Chipmunks and its sequels and has appeared in shows including Law & Order: SVU, Summerland, and Greek. 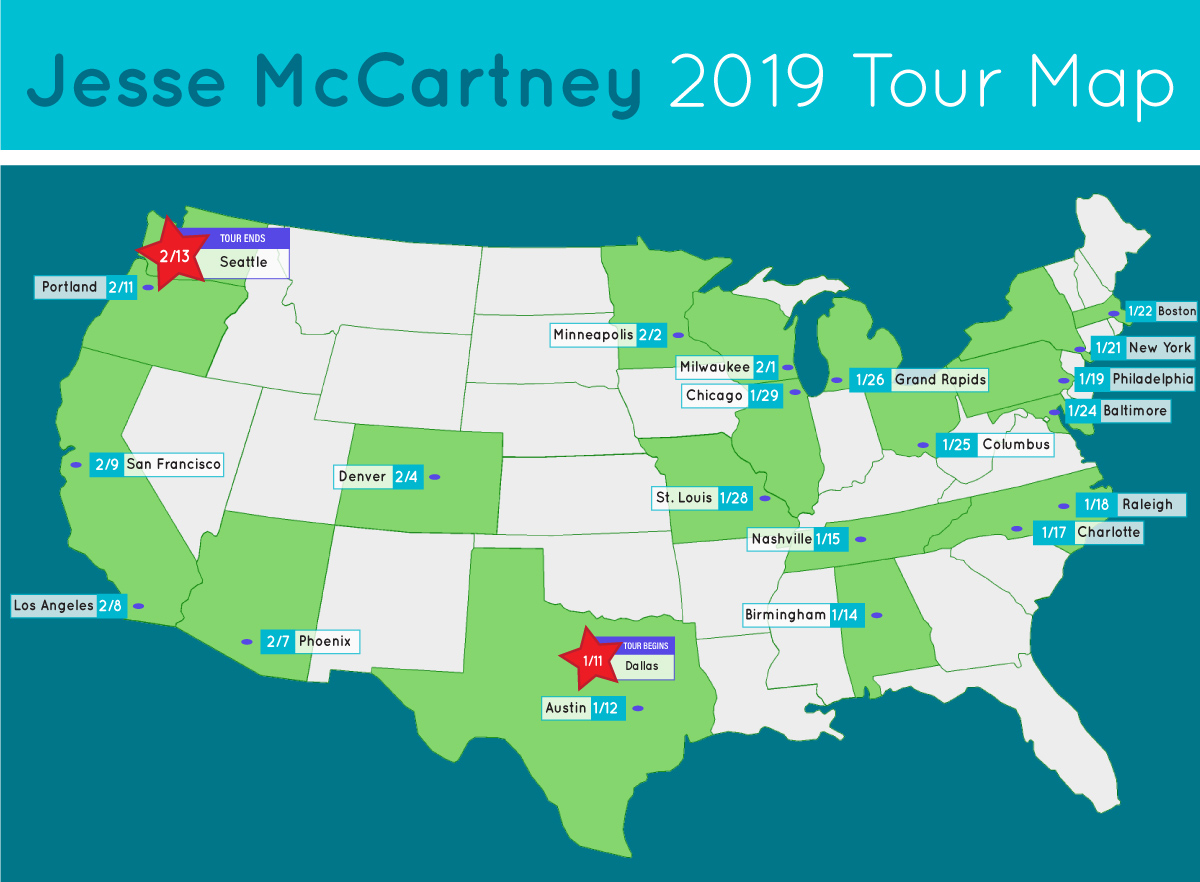 Where is Jesse McCartney playing near me?