Jason Isbell & the 400 Unit will embark on a massive US trek this summer in support of their first new album in three years, Reunions!

The 36-date tour kicks off June 3 in Philadelphia, PA and will see the country rockers hit the stage in cities including Atlanta, Minneapolis, Seattle, and Austin before wrapping up with a final performance in Chicago, IL on August 29.

Several of the shows will feature performances alongside acts including Strand of Oaks, Lucinda Williams, David Crosby & Friends, Chris Stapleton, and more.

Reunions will serve as the follow-up to 2017’s The Nashville Sound and is due for release on May 15.

Where are Jason Isbell & the 400 Unit playing near me?

Who is Jason Isbell?

Jason Isbell is a country singer/songwriter who stepped into the spotlight in 2000 as a member of alt-country band Drive-By Truckers. Isbell remained a member of the group from 2001-2007, parting ways to pursue a solo career. He released his solo debut album Sirens of the Ditch later that summer, followed by his break-through second album Southeastern in 2013. The album earned widespread critical praise, leading to his clean sweep of the 2014 Americana Music Awards, where he won Album of the Year, Artist of the Year, and Song of the Year for his track “Cover Me Up.” Something More Than Free followed in 2015, proving to be a crossover success, debuting at number one on Billboard’s rock, folk, and country record charts. The album earned Isbell two Grammy Awards and two additional AMAs. Isbell’s band The 400 Unit was formed in 2009. The group is made up of guitarist Sadler Vaden, bassist Jimbo Hart, keyboardist Derry DeBorja, drummer, Chad Gamble, and fiddler Amanda Shires. Along with the band, Isbell has released three studio albums. 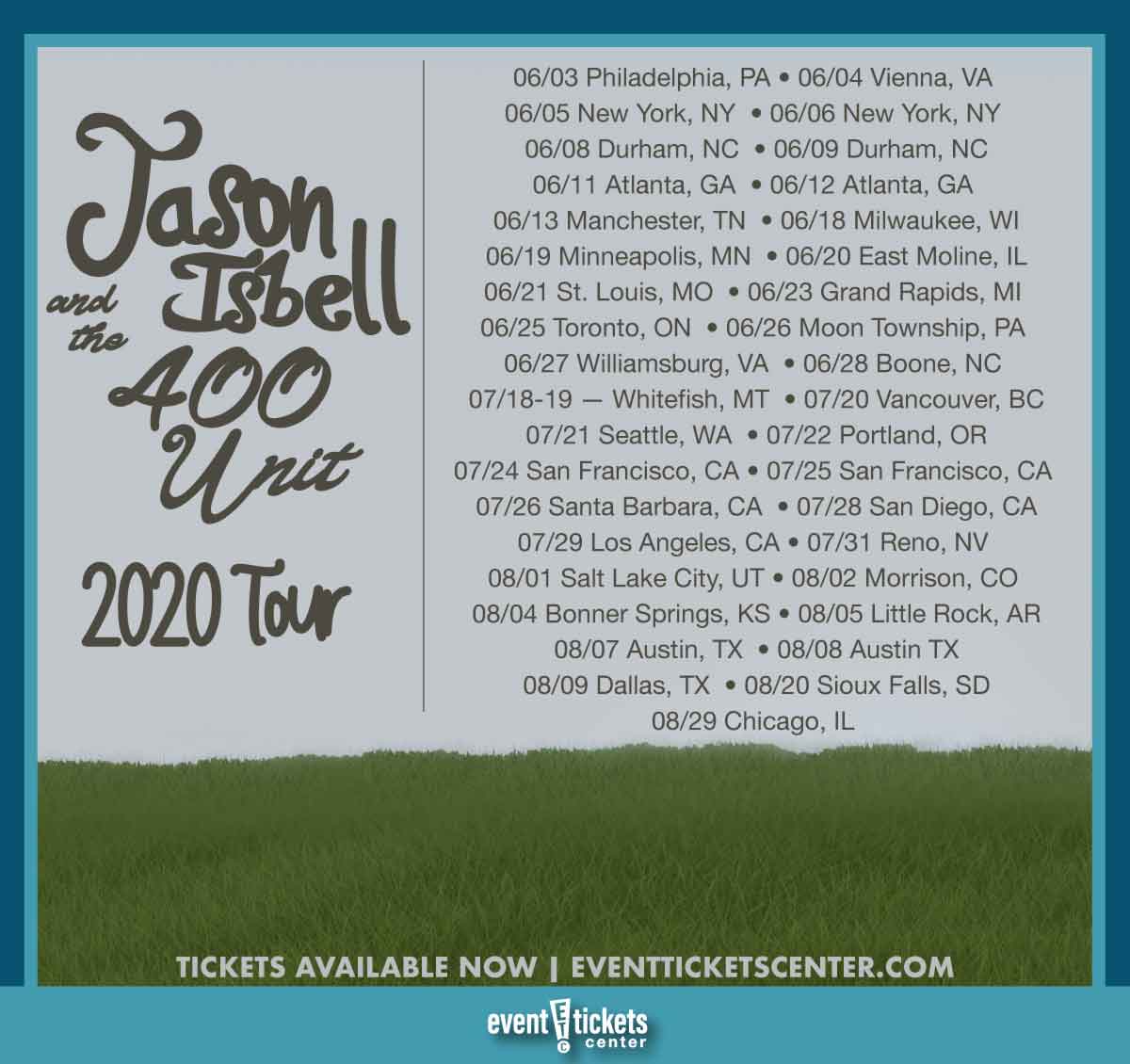