Jason Bonham, the son of legendary Led Zeppelin drummer John Bonham, has shared he will take his tribute to his late father’s band on the road this fall!

'Jason Bonham’s Led Zeppelin Evening' will kick off with a show at the Florida Theatre in Jacksonville, FL on November 7. From there, Bonham and company will hit cities across the U.S. including Kansas City, Louisville, Atlanta, and Boston before wrapping up the month-long run of shows with a performance at The Fillmore in Detroit on December 8.

News of the upcoming tour comes just days after the drummer’s collaboration with rock band Umphrey's McGee at this year’s Lockn’ Festival. Bonham took to the stage for day one of the festival on August 23, joining forces with the prog-rock band to play some of Zeppelin’s classic fan favorites.

Who Is Jason Bonham?

Although he’s followed in his late father’s footsteps, English drummer Jason Bonham has certainly made a name for himself. Having played the drums since he was just five years old, Jason joined his first band (Airrace) as a young teen and went on to open for major rock acts including Queen, Meat Loaf, Ted Nugent and AC/DC. As the years went on, Jason formed other projects including his own band aptly named Bonham, with whom he earned a gold record. Jason’s recent collaborations include projects with Glenn Hughes (Deep Purple, Black Sabbath) and Sammy Hagar, Michael Anthony (Van Halen) and Vic Johnson in a supergroup called The Circle. He has toured extensively throughout the U.S. with Jason Bonham’s Led Zeppelin Experience regularly since 2015.

Jason has played alongside Led Zeppelin on several occasions following the passing of his father, legendary Led Zeppelin drummer, John Bonham. He has collaborated with guitarist Jimmy Page on his Outrider album and tour and stood alongside the iconic rock band representing his father for many major milestones, including their induction to the Rock and Roll Hall of Fame in 1995 and playing drums at Led Zeppelin’s reunion at the London O2 Arena in 2007. 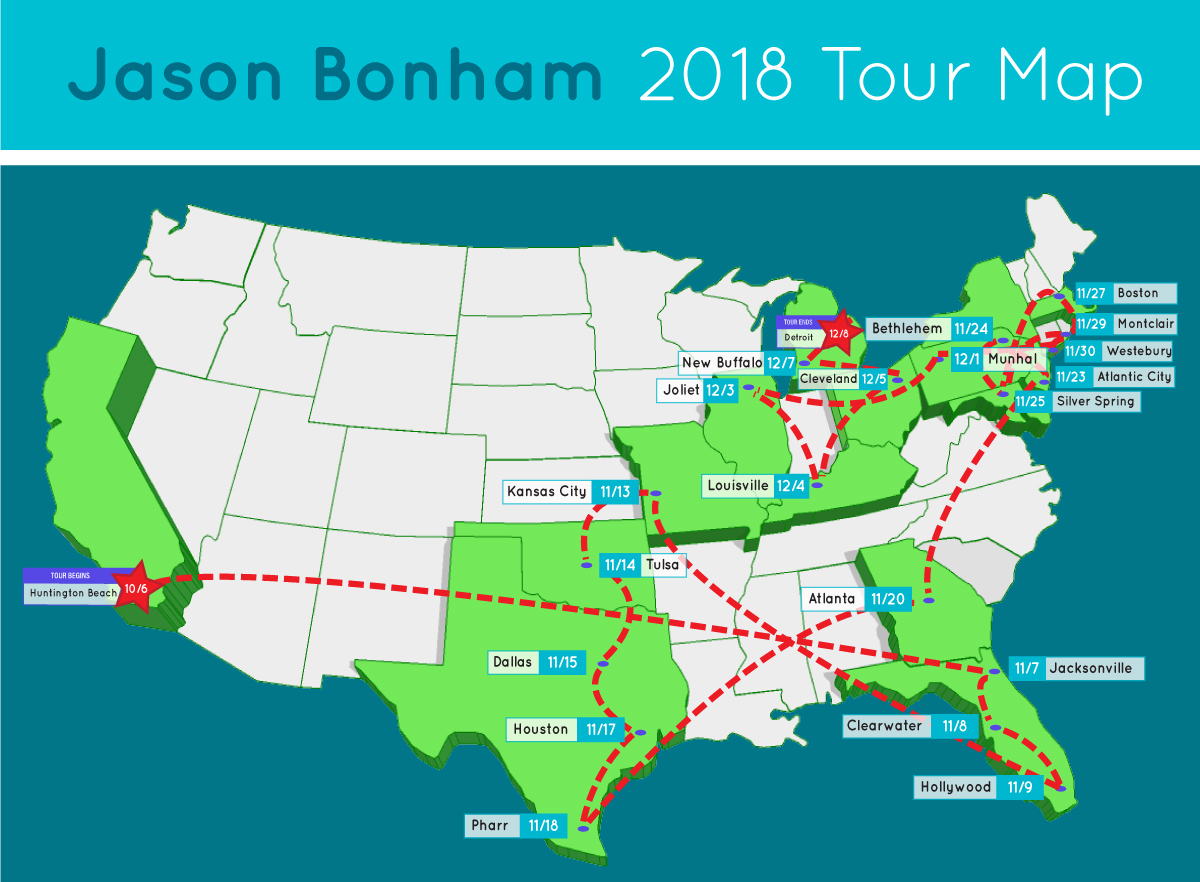 Where is Jason Bonham playing near me?