Jason Aldean announced his summer 2018 "High Noon Neon Tour", supporting the forthcoming album of the same name. The tour kicks off in Kansas City, MO at the Sprint Center and will visit a mix of arenas and outdoor venues including Madison Square Garden on Aug 11. The 34-city tour also includes stops at plenty of outdoor venues like historic Bethel Woods Center for the Arts, Blossom Music Center in Cuyahoga Falls, OH and the Tuscaloosa Amphitheater. Check the complete schedule below for venues near you.

Accompanying Aldean on the high-energy tour will be special guests Luke Combs and Lauren Alaina.

About the tour, Aldean says on his official website, “We named this tour after a song that’ll be on my next record, it reminds me of the bars I grew up playing in Georgia when I was getting started. We’re going to bring some of that raw energy out this summer with Luke and Lauren – I know we’re all ready.”

This tour marks the first major tour since Aldean’s dramatic and emotional return to the stage after his 2017 “They Don’t Know” tour was tragically interrupted by the mass shooting in Las Vegas. Aldean was on the stage at the time of the incident.

Who is Jason Aldean?

Aldean, the Georgia native, and rabid Bulldogs fan has released seven albums and 24 singles – 19 of which have hit number one on either Country Airplay or Hot Country Songs.  His hit 2010 album, My Kinda Party, is certified quadruple platinum, while Night Train hit double-platinum.

Aldean was recently nominated by iHeartRadio for Country Artist of the Year. You can catch the broadcast of the awards on Mar 11 on TBS, TNT, and truTV at 8 p.m. ET. It will be simulcast on iHeartMedia stations across the country. 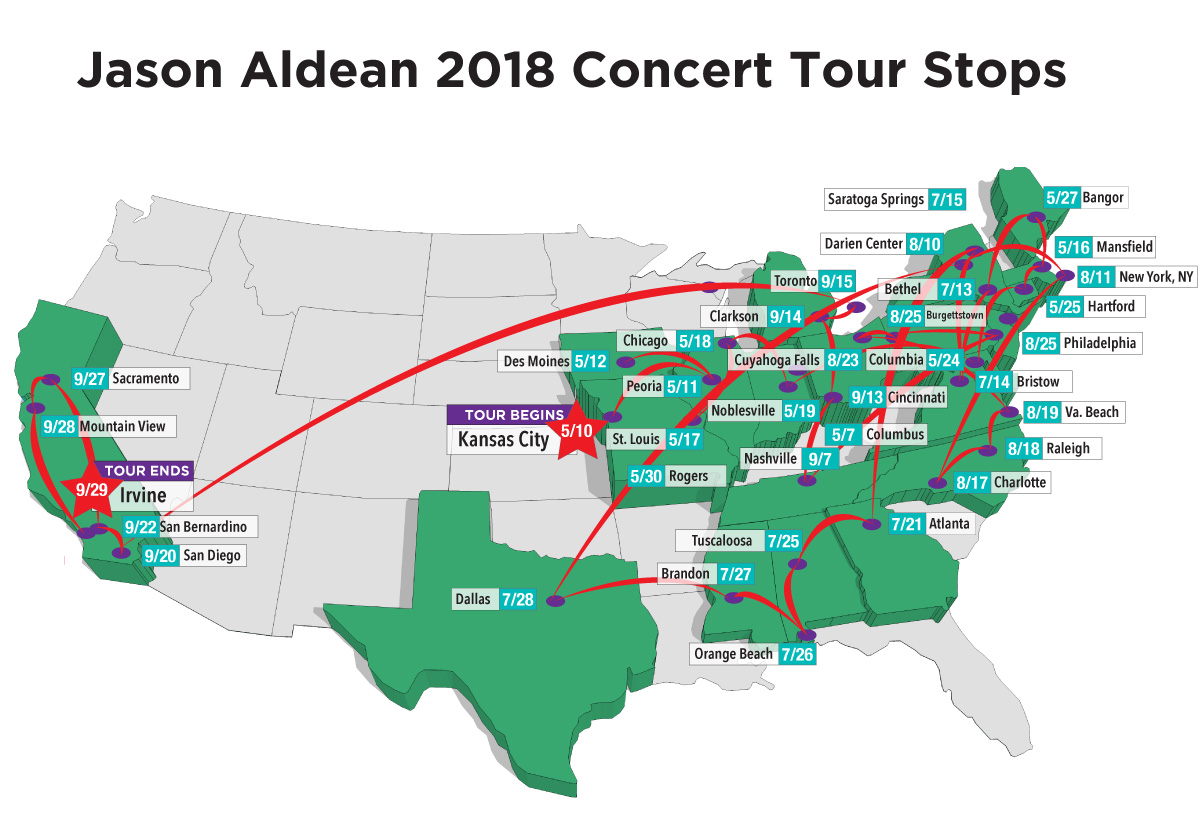 Where is Jason Aldean playing near me?