Incubus and 311 are joining forces for an epic summer tour, coming to stages nationwide starting this July!

The 36-date jaunt kicks off July 15 in Auburn, WA and will set out to hit cities including Denver, Austin, Tampa, Virginia Beach, and Mansfield before closing things out with a final performance in Indianapolis, IN on September 5.

Badflower will serve as support throughout the tour’s entirety.

The upcoming trek will mark the first time Incubus and 311 have toured together in 20 years. 311 will be celebrating their 30th anniversary, and plan to keep the festivities going through the end of the year, playing 50 shows in all 50 states.

Meanwhile, Incubus will be promoting their newly announced EP, Trust Fall (Side B), due for release in April. They too will remain on the road following the joint summer tour.

Where are Incubus and 311 playing near me?

Alt rockers Incubus stepped onto the scene in the early 1990s, formed by friends and high school students Brandon Boyd, Mike Einziger, and Jose Pasillas. The group released two studio albums, Fungus Amongus and S.C.I.E.N.C.E. before making their mainstream breakthrough with their 1999 album Make Yourself. The album spawned several hits, including their highest charting song, “Drive.” Incubus enjoyed continued success with the release of later albums Morning View, A Crow Left of the Murder, and their number one sixth studio album, Light Grenades. They have released a total of eight studio albums over the course of their career and have sold more than 19 million records worldwide.

Reggae rock outfit 311 was founded in the late 1980s in Omaha, NE. The band made their mainstream breakthrough in 1995 with the release of their self-titled third studio album, also known as The Blue Album, spawning the hit single “Down.” The song received heavy airplay on mainstream radio, and it’s accompanying music video was on MTV’s rotation. “Down” hit number one on the Modern Rock chart, and was followed by another equally successful single, “All Mixed Up,” shortly after. The Blue Album would go on to earn a triple platinum certification, reaching number 12 on the Billboard 200. To date, 311 have released thirteen studio albums, including the platinum certified Transistor and Soundsystem, and the gold certified From Chaos. Their most recent album, Voyager, arrived in 2019. 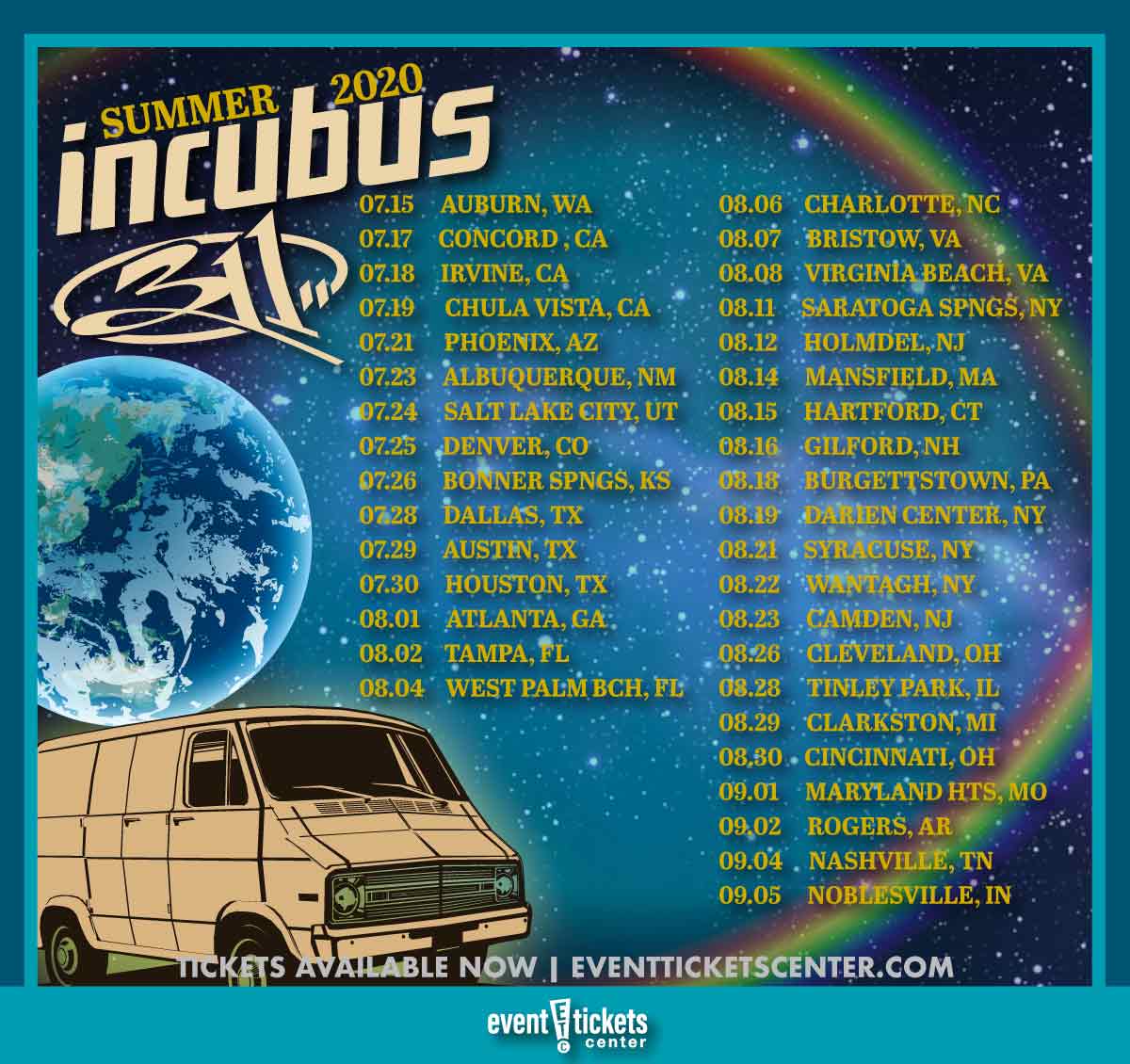