Guns N' Roses fans rejoice! The band has added a string of new dates to their “Not In This Lifetime” trek, bringing the rock icons to stages across the US this fall!

The newly announced dates get underway September 25 in Charlotte, NC, and will set out to hit a handful of cities including Jacksonville, Lincoln, Oklahoma City, and Salt Lake City before wrapping up with a pair of back-to-back shows in Las Vegas November 1 and 2.

The “Not In This Lifetime Tour” kicked off April 1, 2016 and has seen GNR take the stage in cities across the globe, featuring a reunion lineup including vocalist Axl Rose, guitarist Slash, and bassist Duff McKagan.

The newly added dates have been scheduled around previously announced festival appearances for the band and, according to Slash, will serve as the final batch of shows for the group before they head back into the studio for some time. “When we finish the tour in the fall then we will commit on working on the next Guns record,” the guitarist shared in a recent interview.

Check out the full list of new US stops below!

Iconic rock outfit Guns ‘N Roses emerged in 1985, making their mainstream breakthrough two years later with the release of their critically-acclaimed debut album Appetite for Destruction. In a time when popular music was dominated by dance and pop-metal, GNR had brought raw and rebellious rock and roll back to the top of the charts, demanding audiences’ attention with their dueling guitars and distinct vocals from frontman Axl Rose. Appetite for Destruction reached number one on the Billboard 200 on the strength of top 10 singles “Welcome to the Jungle,” “Paradise City,” and the number one “Sweet Child ‘O Mine.” The album’s success served as a sign of things to come for the group, whose subsequent releases would all debut within the Top 5 of the Billboard 200 chart over the course of their 30+ year career. Guns N’ Roses have sold more than 100 million records worldwide, including 45 million in the US alone, making them one of the best-selling artists of all time. The group have been Rock Hall inductees since 2012. 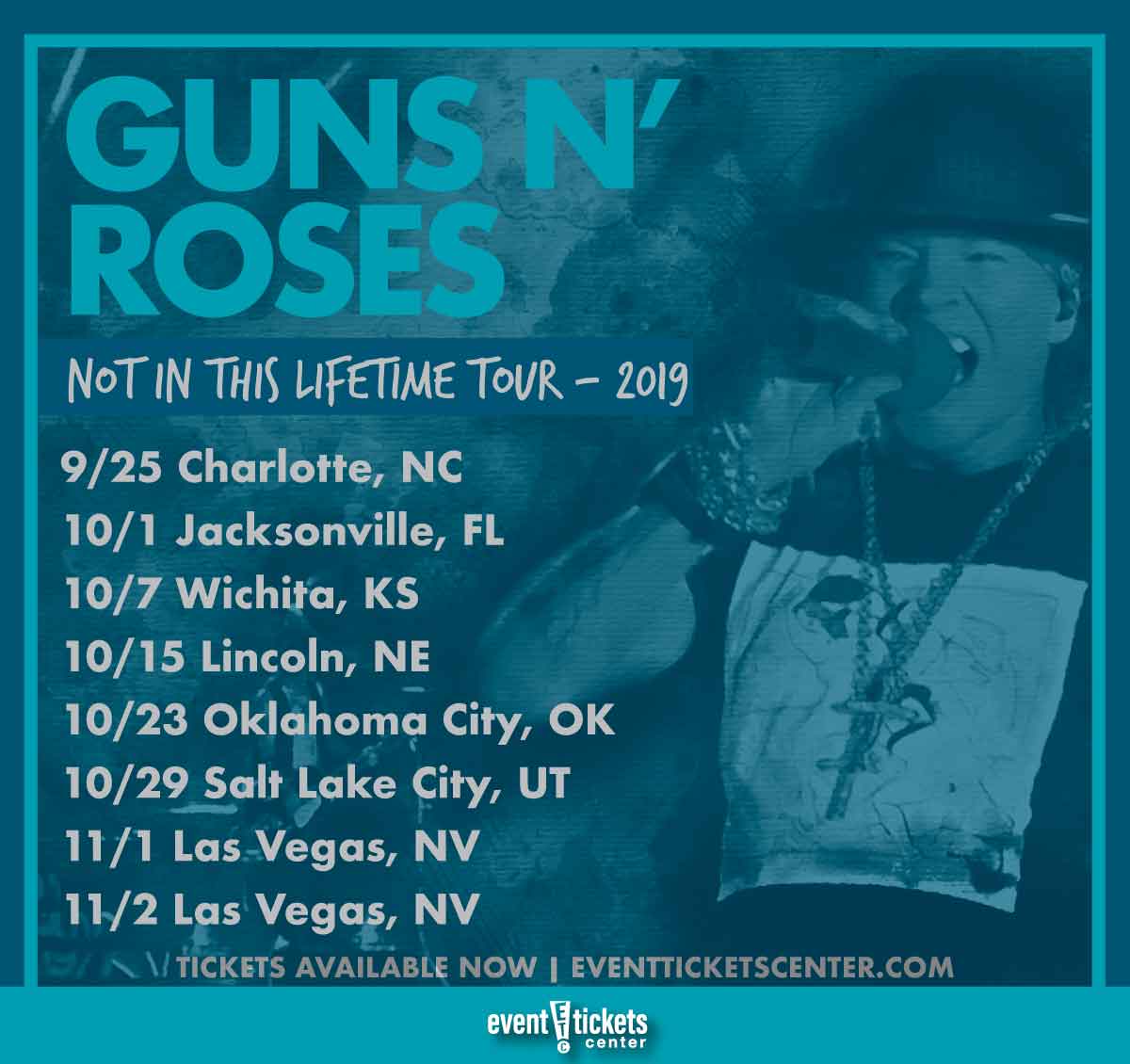