“Experience Hendrix” Coming To a City Near You


The critically acclaimed Experience Hendrix Tour is hitting the road once again in 2019, bringing world class musicians together on one stage in cities across the US next spring!

The 2019 “Experience Hendrix Tour” kicks off March 3 with a show at the Pompano Beach Amphitheater in Pompano Beach, FL.

Stops will include cities like Nashville, Charleston, Milwaukee, Chicago, and Washington DC. A final performance at the Oakdale Theatre in Wallingford, CT will wrap things up on April 6.

The 30-date multi-artist celebration will bring legendary musicians together as they pay homage to the musical legacy of Jimi Hendrix.

The 2019 concert series marks Experience Hendrix’s 21st run since it was first established in 1995.

What Is Experience Hendrix?

Inspired by the unparalleled creative and musical genius of Jimi Hendrix, Experience Hendrix L.L.C. was formed in 1995 by the guitar legend’s father to oversee his son’s incredible legacy. Over the last two decades, Experience Hendrix has delivered live performances of Hendrix’s legendary music by some of the biggest names in rock and roll, all of which have been inspired by his incomparable talent.

Experience Hendrix is a fusion of classic Jimi Hendrix music combined with a unique pairing of practicing musicians, making this tour incredibly unique and unlike any other live concert experience. The concert series has continued to deliver Hendrix’s innovative spirit to fans across the nation nearly five decades after his untimely death. 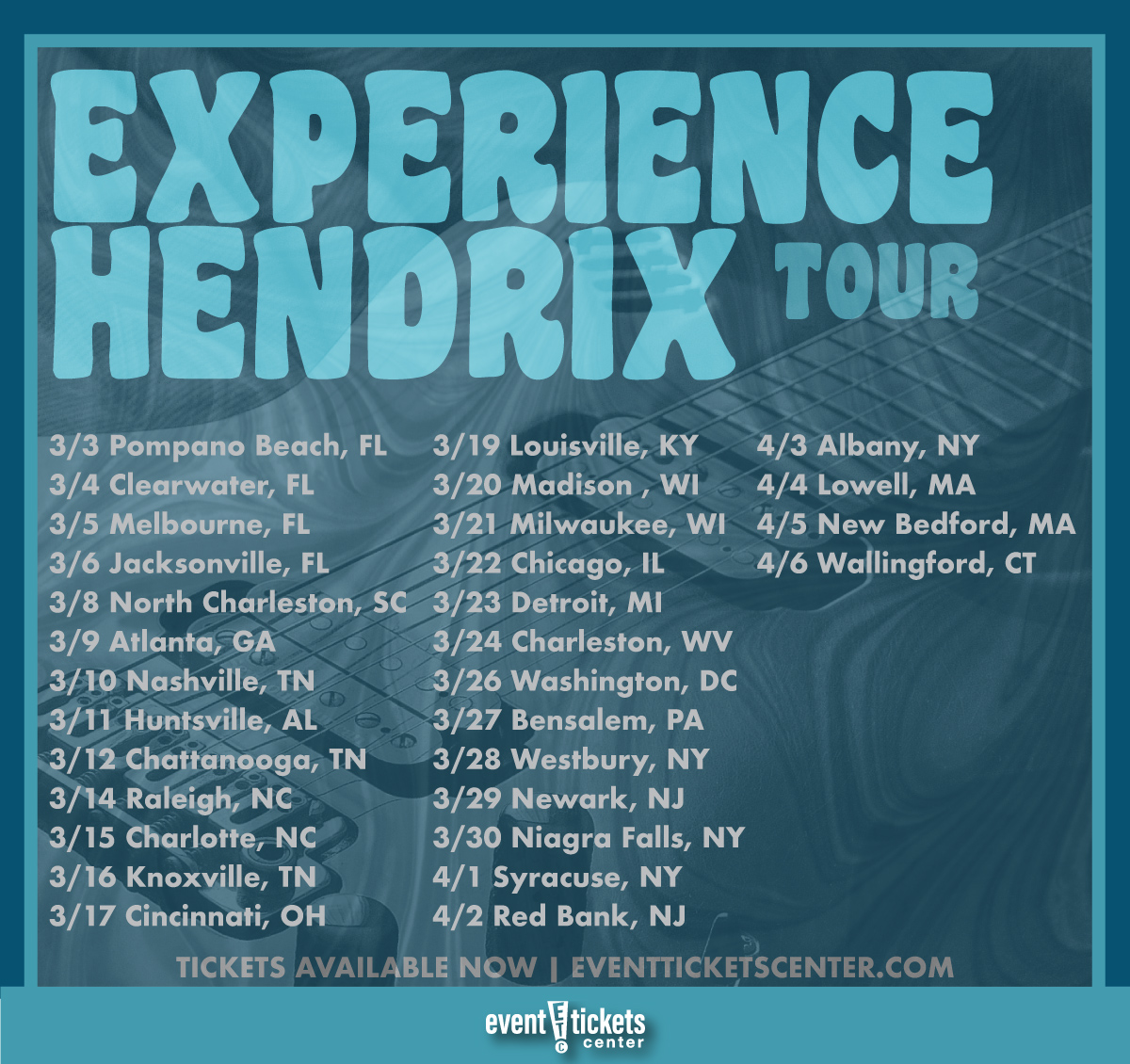 Where is the Experience Hendrix Tour playing near me?