Eric Andre is gearing up to embark on his biggest trek yet! The newly announced “Legalize Everything” tour will see the actor/comedian take the stage in cities around the world, with a US leg set to kick off this September.

The 20-date North American trek gets underway September 14 with a show in Medford, MA before setting out to hit cities including New York, Oakland, Chicago, and Nashville. A final performance in Houston, TX will wrap things up October 12.

The “Legalize Everything” world tour kicks off with shows across Europe this summer before heading for the States. Final performances in Australia and New Zealand will bring the curtain down in early December.

Where is Eric Andre playing near me?

Who is Eric Andre?

Florida-born actor, comedian, and TV host Eric Andre rose to fame as the host, creator, and co-writer of the parody public access talk show The Eric Andre Show on Adult Swim. Andre gained added exposure appearing as a co-star on the short-lived ABC series Don’t Trust the B---- in Apartment 23, and as a guest star on 2 Broke Girls. Andre also played the role of Mike in the FXX comedy series Man Seeking Woman throughout the show’s three seasons. He has made appearances in a handful of films, including The Internship (2013) and Rough Night (2017), and has most recently lent his voice to the 2019 remake of Disney’s The Lion King as a hyena named Azizi. 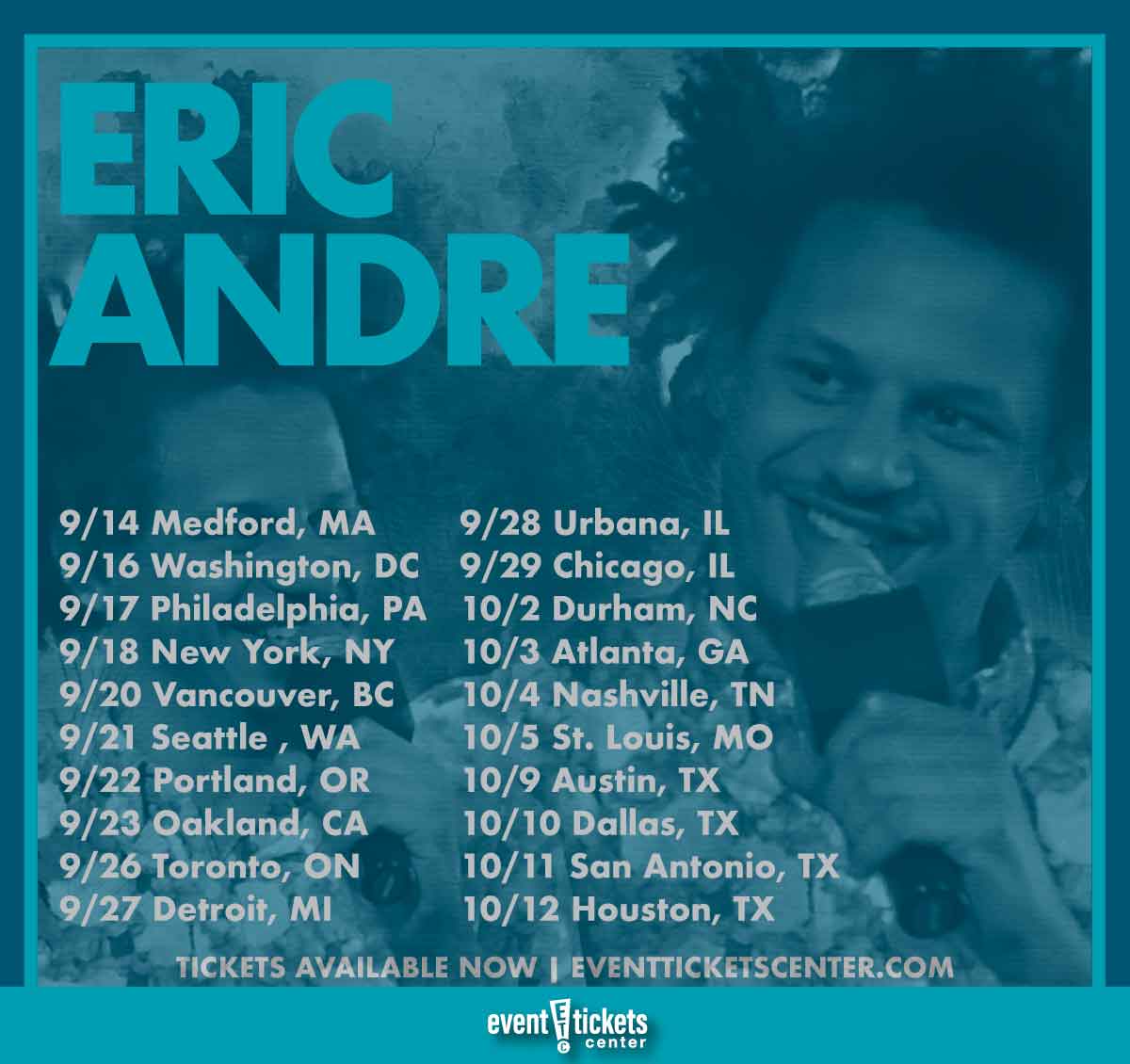