UPDATE 9/26/2018: Continuing his 'Yellow Brick Road' farewell tour, Elton John has announced the next 25 dates on his itinerary! The new dates kick off September 4, 2019 with a show at Salt Lake City's Vivint Smart Home Arena. The tour continues throughout the rest of 2019, with stops all across the U.S. and Canada, including Las Vegas, Indianapolis, Memphis, Philadelphia, and Boston, before the leg wraps November 16, 2019 with another date at Long Island's Nassau Veterans Memorial Coliseum. Stay tuned to Event Tickets Center for more updates!

On his website, John writes, “It’s time to come off the road so I can fully embrace the next important chapter of my life.”

Sir Elton made the announcement on Wednesday via an exclusive CR180 Live Stream on YouTube moderated by Anderson Cooper. At the event, participants were given VR headsets and treated to a video tribute before the announcement.

The tour starts this fall with a kick-off in Allentown, PA and will wrap 2018 in American Airlines Center in Dallas, TX on Dec 15. See the 2018 itinerary below.

In the interview with Cooper, Elton John expounded on his future,

Many have questioned whether his health is a contributing factor in the decision. After all, just nine months ago he contracted a rare and potentially life-threatening bacterial infection while touring in South America. John quickly put that to rest by pointing out that someone with health issues wouldn’t embark on 300 tour dates in three years.

Elton John is one of the best-selling artists of all time. He has sold more than 300 million records. Here is an abbreviated list of accomplishments: 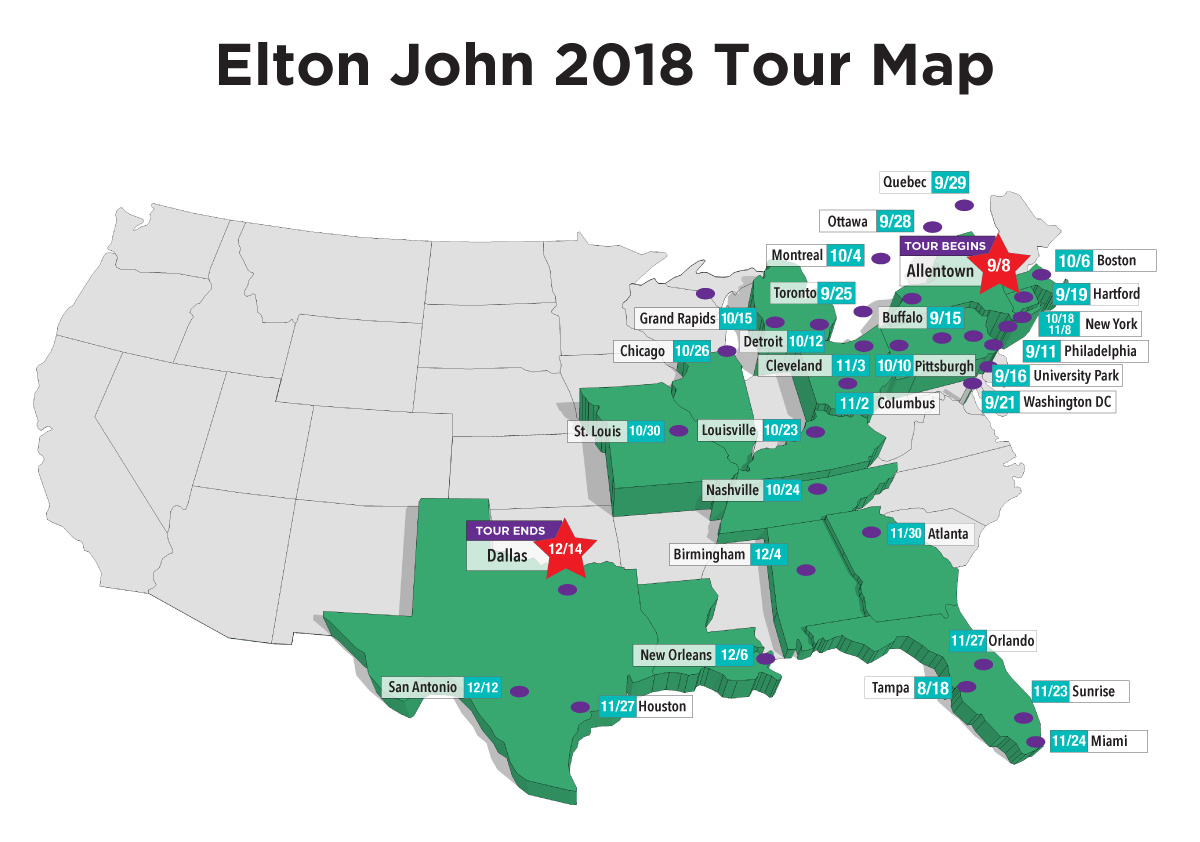 Where is Elton John playing near me?