Update 3/26/2020: The Eagles had shared a handful of rescheduled dates on their extensive Hotel California Tour, with dates now scheduled to run through October 2020! Check out a full list of updated dates and stops below and be sure to grab your tickets if you haven't already!

Where are the Eagles playing near me?

Update 10/22/19: The Eagles have added a handful of new shows to their Hotel California run including two new stops in Denver and St. Paul! The guys also announced additional shows in cities including Atlanta, New York, Dallas, and Los Angeles, giving fans ample opportunity to hear the landmark album live and in its entirety. Check out a full list of dates below.

Original Article: The Eagles are bringing their classic hit album Hotel California on the road in 2020!

The 12-date “Hotel California Tour” kicks off with a two-night stint in Atlanta, GA February 7th and 8th, and will include two shows in each city with stops set for New York, Dallas, Houston, and San Francisco before wrapping up April 17th and 18th in Los Angeles, CA.

The upcoming trek will see the Eagles perform their landmark 1976 album on stage in its entirety once again.

Hotel California is the third best-selling album of all time in the US. It spawned two number one singles – “Hotel California” and “New Kid in Town” – and earned the band a Grammy Award for Record of the Year in 1977.

Who are the Eagles?

Widely considered one of the most successful rock groups of the 1970s, the Eagles stepped into the spotlight in 1971, capturing audiences’ attention with their California vibes and folk-tinged country rock. The band also drew on influences from traditional rock and roll, creating a sound that appealed to generations of diverse music lovers, cementing their status as one of the most popular groups of the decade. Despite going their separate ways in 1980, fans continued to buy their records over the years, inspiring the first of their reunions in 1994. The Eagles have earned five number one singles, 14 Top 40 hits, six Grammy Awards, and six number one albums over the course of the wildly successful career. They have sold a staggering 200 million records worldwide (100 million in the US alone), making them one of the best-selling bands in the world. 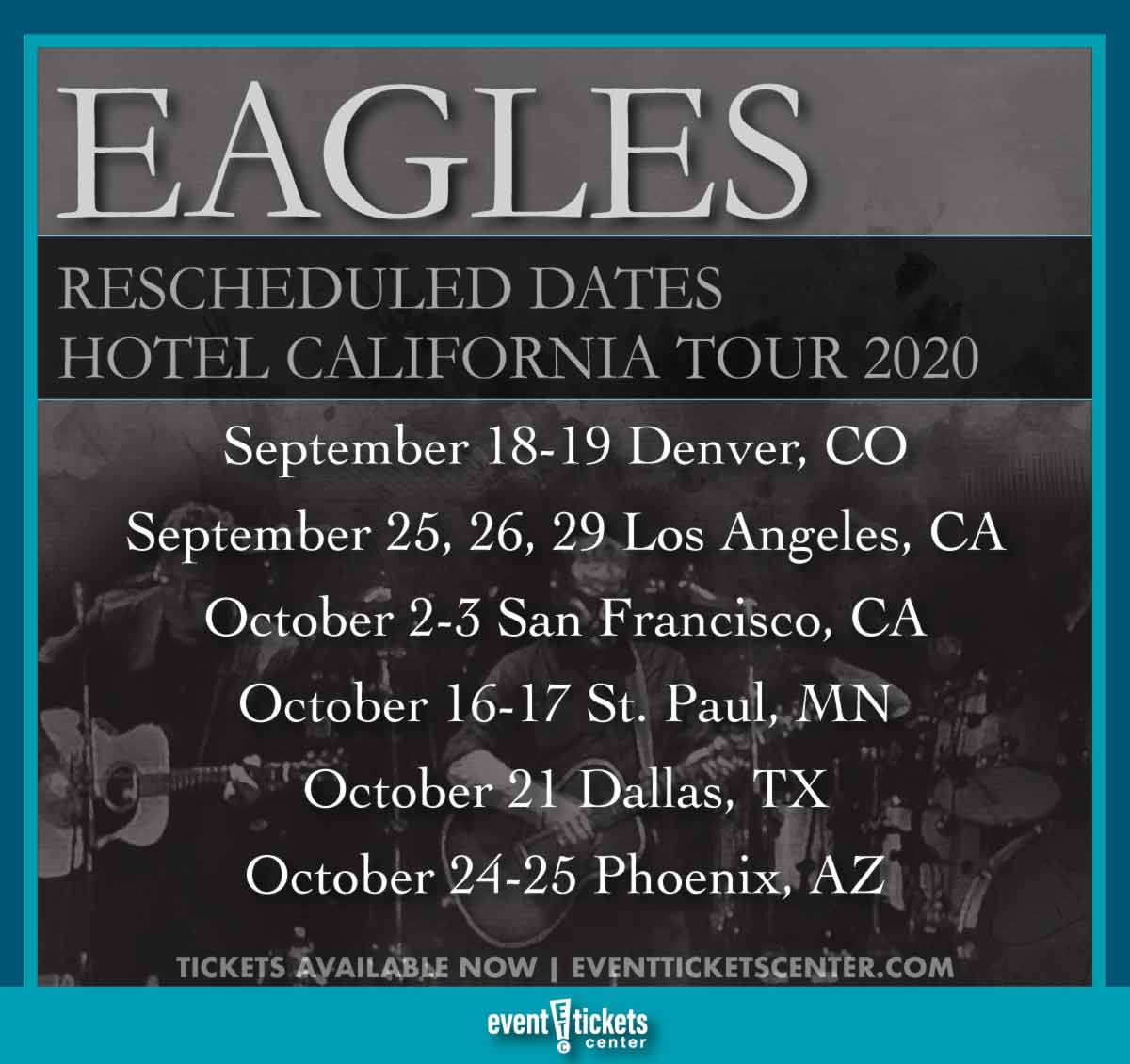