DAY6 are coming to a stage near you! The K-pop band has announced a string of US tour dates as part of their all-new “Gravity World Tour,” bringing the boys stateside this fall!

The US leg kicks off with back-to-back shows New York City September 12 and 13 and will go on to make stops in cities including Boston, Miami, Dallas, and Chicago before wrapping up with another two-night stint in Los Angeles September 28 and 29.

The “Gravity World Tour” gets underway August 9 in Seoul, and will see the quintet hit stages throughout Asia, Australia, and Europe through the start of 2020.

Where are DAY6 playing near me?

K-pop boy band DAY6 debuted in 2015, releasing their breakout debut mini album The Day to North American and Korean markets. The band immediately captured audiences’ attention with a distinct style unlike that of other K-pop acts, incorporating elements of bright pop and sweeping, anthem-rock power. The group went on to issue a string of US Top Ten releases with subsequent EPS and a pair of full lengths in 2017, Sunrise and Moonrise. In 2018, DAY6 expanded their focus and broke into the Japanese market releasing two singles and their debut Japanese album, Unlock. The five-member boy band currently includes guitarist Jae, rhythm guitarist Sungjin, bassist Young K, keyboardist Wonpil, and drummer Dowoon. 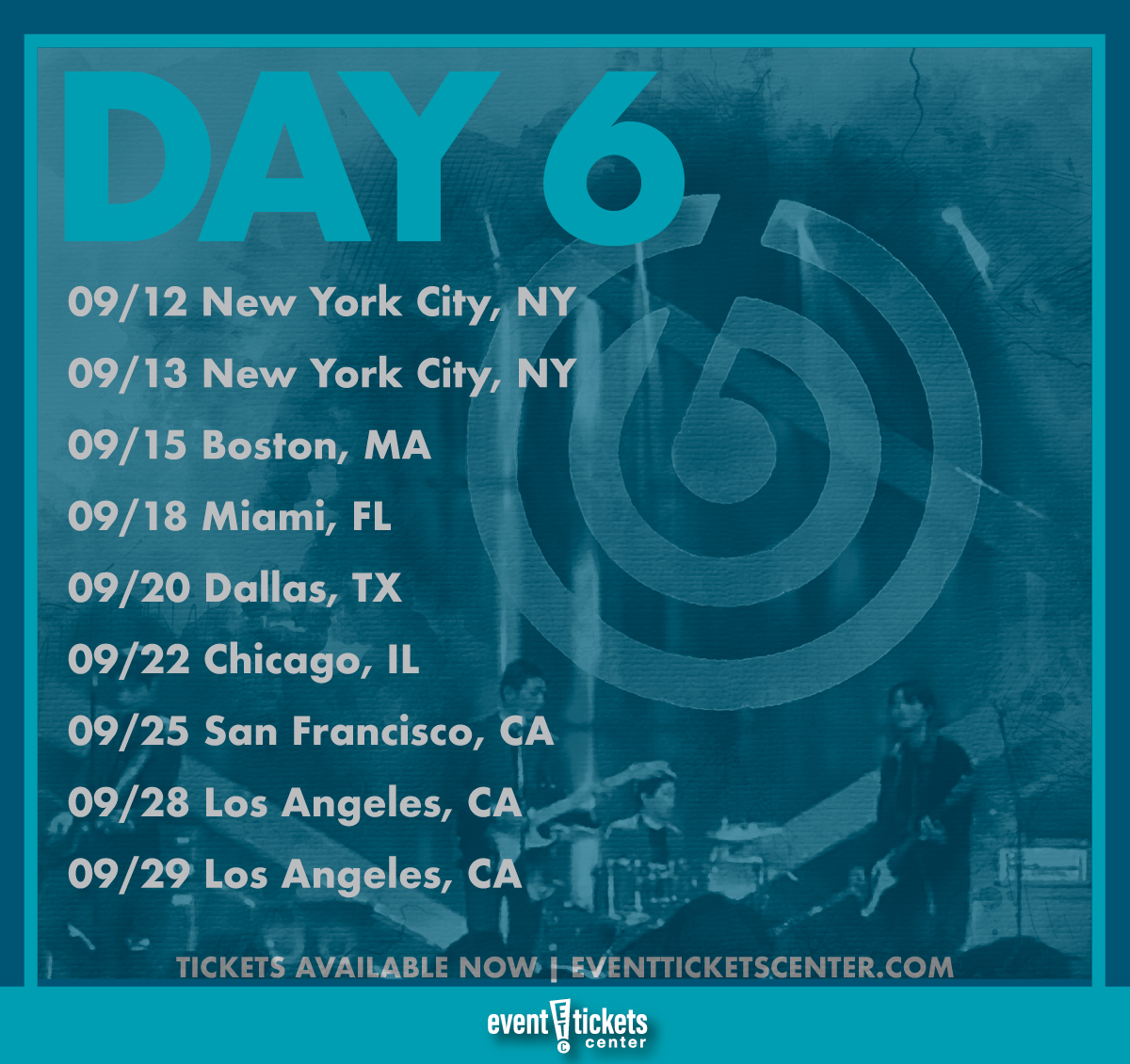