It’s been two years since Cold War Kids’ last album – but don’t worry fans. The boys are back with some new music, and they’re ready to bring it to you live this fall!

The 15-date trek gets underway October 4 with a performance in Salt Lake City, UT before setting out across the US, making stops in Boulder, Oklahoma City, Dallas, and Phoenix. A final show in Santa Cruz, CA will wrap things up November 22.

Cold War Kids shared their exciting news along with another announcement – their highly anticipated seventh studio album, New Age Norms. Two singles from the album, “Complainer” and “4th of July” have already been released, the first boasting an up-beat funky tune and the latter taking on a more sentimental vibe.

New Age Norms is due out this fall.

Where are Cold War Kids playing near me?

Indie rockers Cold War Kids emerged from California in the early 2000s, drawing on a diverse group of influences from Tom Waits, Billie Holiday, Nick Cave, and U2 among others. The group has endured several lineup changes over the years, evident in their ever-evolving musical style and sound, from the stomping bluesy-rock debut album Robbers & Cowards in 2006, to the alt-rock Mine Is Yours in 2011. Despite an everchanging vibe and style, Cold War Kids has only continued to grow in popularity, climbing the charts with each release, including 2015’s Hold My Home. The album housed their highest charting single to date with “First,” which reached number one on the Billboard Alternative Songs chart. 2017 saw the release of their sixth studio album, L.A. Divine, which made the Top 10 of the Billboard Top Rock Albums chart. 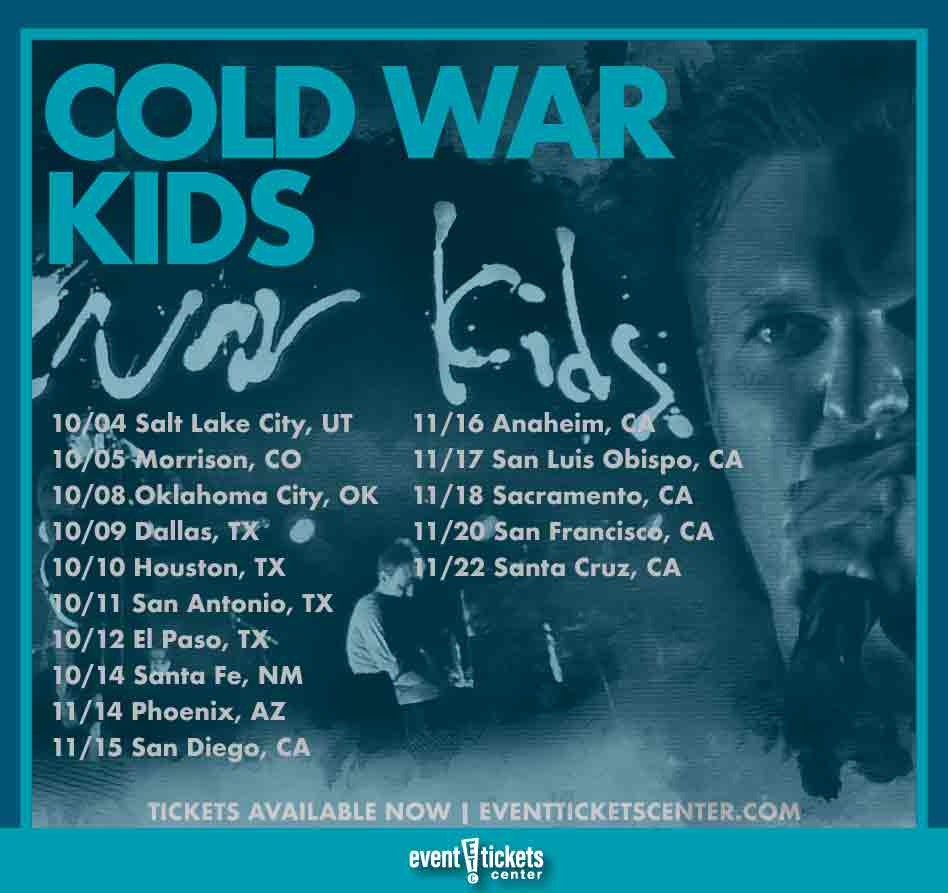