Country crooner Chris Young has revealed dates for his extensive Town Ain’t Big Enough tour, coming to stages across the nation this summer!

The 29-date jaunt gets underway May 28 in Detroit, MI, and will travel coast-to-coast hitting cities including Salt Lake City, Phoenix, Mansfield, Virginia Beach, and St. Louis. A final performance in Cincinnati, OH will bring the curtain down on September 26.

The tour, named for the singer’s duet with Lauren Alaina, will feature support from fellow country stars Scotty McCreery and Payton Smith on all stops. Young will also hand-pick under-the-radar artists from the Next From Nashville initiative to open each week’s shows.

2020 has a lot in store for Young, who also plans to release his new album this year. The Follow-up to 2017’s Losing Sleep will include “Town Ain’t Big Enough” as well as “Raised on Country” and his current single, “Drowning.”

Where is Chris Young playing near me?

May 8 – Bend, OR @ Les Schwab Amphitheater

Who is Chris Young?

Known for his rich baritone vocals and melodic country tunes, Chris Young rose from Nashville Star champion to true Nashville star in just a few short years. Young stepped into the spotlight in 2006 as the winner of the reality competition series, signing to a record label shortly after and issuing his self-titled debut album later that same year. The record spawned two hit singles with “Drinkin’ Me Lonely” and “You’re Gonna Love Me.” The Man I Want to Be followed in 2009, housing three number one singles including “Voices” and “Getting’ You Home (The Black Dress Song).” Young has since released five additional studio albums, including his most recent release, Losing Sleep (2017). In 2017, he gained one of the crowning achievements in country music when he was made a member of the Grand Ole Opry. 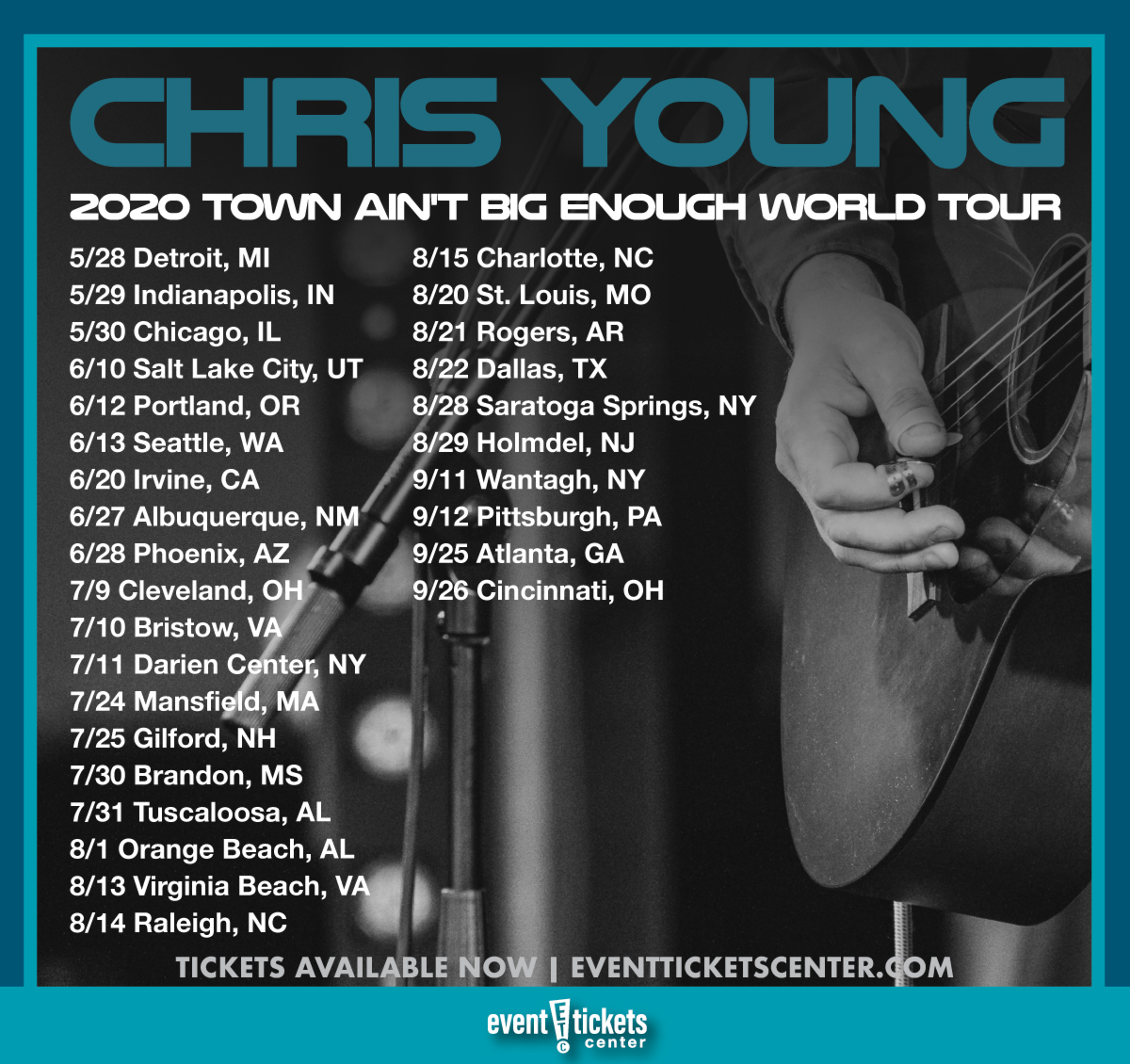