Fresh off a Grammy Award hat-trick, where he was country music’s most decorated star, Chris Stapleton on Monday announced the second leg of the successful "All-American Road Show" that began in 2017. During his 2017 tour, Stapleton teamed up with the Brothers Osborne, Lucie Silvas, Brent Cobb, Anderson East and Margo Price, each act appearing at various shows.

Stapleton’s huge Grammy evening where he won Best Country Album, Song, and Performance also included a moving tribute to the late Tom Petty in the form of a stirring performance of Petty’s “Wildflowers” accompanied by legendary singer/songwriter Emmylou Harris. The performance capped off a strong week for the country superstar which included a memorable Saturday Night Live performance with special guest Sturgill Simpson.

The 2018 version of "All-American Road Show" kicks off Jun 16th in Brandon, MS. Before the tour wraps on Nov 3 in Charlottesville, Stapleton will have performed at a variety of arenas and amphitheaters across North America, including his first headlining appearance at Madison Square Garden and The Forum in Los Angeles. He also stops at Rupp Arena in Lexington, Kentucky, his home state on Oct 27. Marty Stuart and Brent Cobb will be the special guests on most dates throughout the tour.

Who is Chris Stapleton?

Chris Stapleton burst on the scene in 2015 with the release of his breakthrough freshman album, Traveller. The eventual double-platinum solo album debuted at No. 2 on the Billboard Country Albums chart with nearly 30,000 units sold, making it the best-selling first week by a debut country artist in 2015. 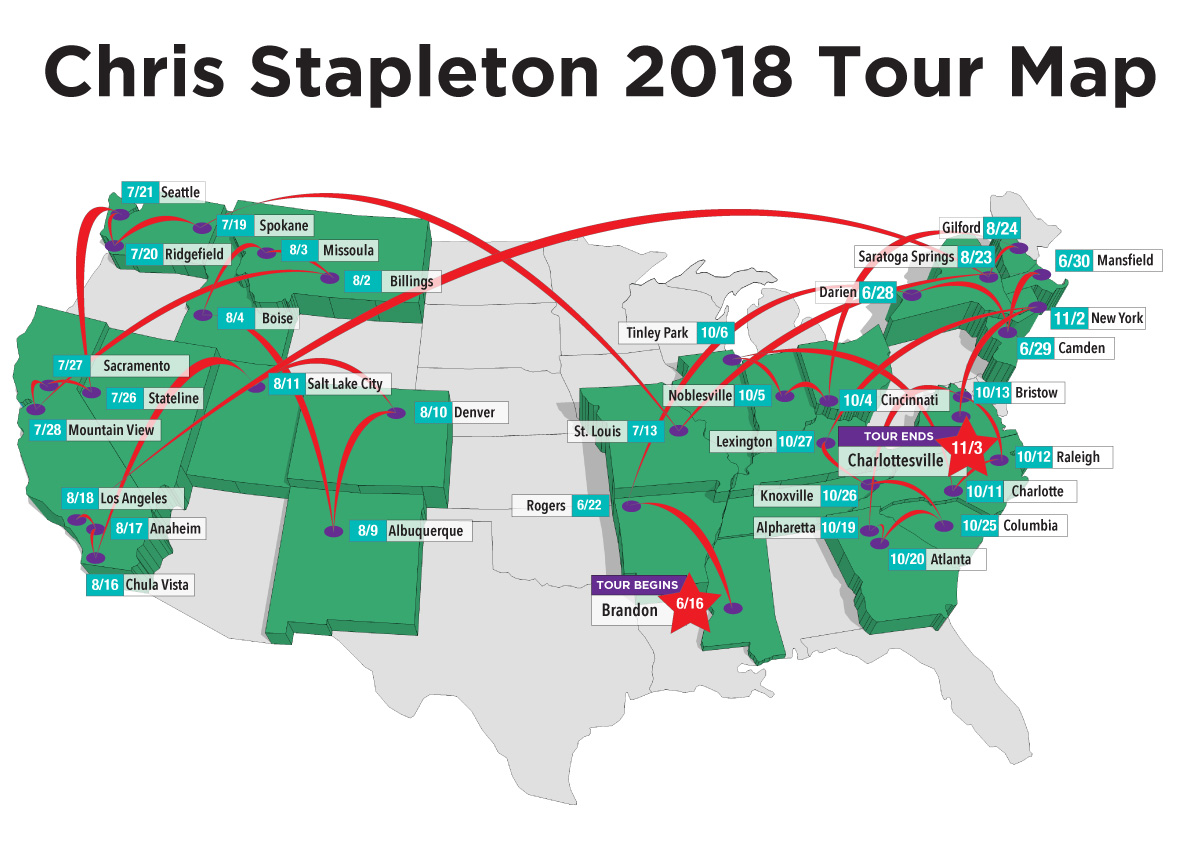 Where is Chris Stapleton bringing his "All-American Road Show" near me?